Since our founding 15 years ago, FIRE has won many victories for college students and professors by applying public pressure. But sometimes it takes more to defend rights on campus—and that’s where FIRE’s Legal Network comes in. The attorneys in our Legal Network help take cases to court when necessary, and they’re an invaluable resource in our fight for campus justice.

Today we want to especially thank Legal Network members Matthew G. Kaiser and Justin Dillon of The Kaiser Law Firm PLLC, a litigation firm in Washington, D.C. Matt and Justin have been representing students deprived of basic due process protections in campus sexual assault adjudications, and they have written powerful op-eds for The Wall Street Journal, TIME, and the Boston Herald about the importance of due process rights for accused students.

FIRE interviewed Matt and Justin about their work. Here’s what they had to say:

What kind of work do you do? 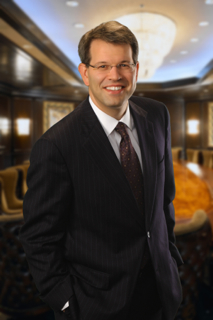 We’re white-collar criminal defense lawyers. Most of what we do involves representing people in relatively complex government investigations, or in white-collar criminal cases that wind up in court. Part of our practice also involves representing students who are caught up in campus disciplinary systems. We find that the skills we’ve developed representing people before government investigators and juries have prepared us well to stand up for the rights of students who are accused of wrongdoing on campus.

How did you learn about FIRE?

We’ve known about FIRE for so long it’s hard to remember how we first found out about them.

I (Justin) first heard about FIRE years ago when reading my favorite blog, The Volokh Conspiracy. Eugene Volokh’s consistent support of FIRE made me want to learn more about it, and the more I read, the more impressed I became. 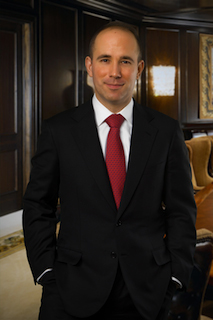 I (Justin) signed the firm up for FIRE’s Legal Network on literally my second day back in private practice after leaving the U.S. Attorney’s Office. It’s important that people who have problems with schools have someone to call who will have the experience, skill, and passion to help them. We’re proud to belong in order to be such a resource.

Our most interesting FIRE case is still pending, so unfortunately we can’t talk about that. One of the most interesting cases we’ve done recently—and that is closely related to the work we do with FIRE—involved a female college student who was disciplined for commenting on a blog set up by a woman who is an advocate on sexual assault issues and claimed that she, herself, had been assaulted. Our client was critical of some of what the advocate said. The school brought our client up on disciplinary charges on a theory that she was retaliating against someone because that person claimed she was sexually assaulted.

It was a frustrating example of how some schools bend over backwards to protect a small group of their students by trampling the rights of people who disagree with them.

What surprised you in the course of working on your FIRE referral?

There are some schools that provide a pretty good process—some even provide a pro bono lawyer and let that lawyer participate in the campus disciplinary proceeding. But too many schools just have no meaningful process at all—they create systems that protect the schools and not the students. As often as we see that, we still get surprised at how lousy the rights given to college students can be.

What other kinds of student and faculty cases are you interested in pursuing?

We’d be interested in continuing to work on campus discipline cases—we’ve done a good number of them now and know our way around them. We’d be very excited to continue to help FIRE around this very important issue.

Why is it important to protect student and faculty rights?

Schools have a tremendous amount of power over students and can alter, or destroy, the future of the people who go to get educated. There are cases we’ve handled where you can tell that because of our work, a client has literally had his professional life returned to him. These cases feel important–and FIRE’s work is important–because it keeps students from having their future lights dimmed just to serve some interest of a college. These students need someone who will tell a university, “No, you can’t do that.” That’s exactly what FIRE does, and we are proud to be a part of its work.

What kinds of cases should FIRE pursue in the future?

The law around campus sexual assault cases is often horrible. We’d love to see FIRE pursue an action against the Department of Education to change some of its interpretations of what Title IX requires, so that schools are given more freedom to implement policies that are actually meaningfully fair to students.