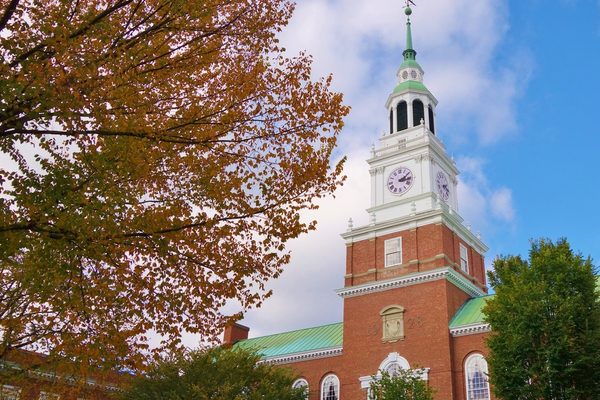 Just days after students began leveling anonymous online criticism of how Dartmouth College’s Geisel School of Medicine has been handling an ongoing cheating controversy, the school imposed a restrictive new social media policy that prohibits them from doing so. Because Dartmouth makes strong free speech promises to its students, it cannot censor students who criticize administrators.

FIRE sent a letter to Dean Duane Compton today raising concerns with Geisel’s new Social Media Use Policy, which threatens discipline for any student who posts content that “disparage[s]” members of the Geisel community or fails to “be courteous, respectful, and considerate of others” online. The policy bans posts that Geisel administrators subjectively deem “[i]nappropriate,” and cautions students against “anonymous” posts.

To the extent that the new social media policy appears to specifically target students who raised concerns that their rights are being violated, this is problematic.

The policy lists an effective date of April 5 and was reportedly distributed to Geisel students April 7. It was implemented just days after students began complaining online — and often anonymously — that Dartmouth may have cited faulty evidence in accusing some 20 students of engaging in academic misconduct. Students have also alleged that administrators coerced confessions and urged students to waive their due process rights.

“I was told by the school that confessing would somehow lead to a better outcome for myself,” said a Geisel student quoted by New Hampshire’s NH Journal who reported being angry with the advice Geisel administrators gave. The student described a “rushed” process in which the students were notified of charges and given just 48 hours to build a defense, and said there was a “culture of fear” at Geisel around speaking out about what happened.

At least two students who defied the school’s advice and fought their charges had them dropped, the outlet reports.

FIRE, joined by the Electronic Frontier Foundation, first wrote to Dartmouth March 30 about the academic misconduct charges, asking Dartmouth to ensure its evidence of cheating during computerized exams was sound and that each accused student received due process.

To the extent that the new social media policy appears to specifically target students who raised concerns that their rights are being violated, this is problematic.

As FIRE’s letter points out, Dartmouth makes numerous and unequivocal free speech promises to students, which the college is contractually-bound to keep under New Hampshire law. Even assuming that the policy’s emergence is merely coincidental, its adoption guts students’ online speech rights at Geisel, reaching any speech that administrators subjectively deem disparaging or insufficiently polite, even if that speech has nothing to do with the college. As we note in our letter:

We can think of no defensible reason for the college to require its students to be “courteous, respectful, and considerate” in communications having no relationship with the college. Yet even if it served such a purpose, it is impossible for any reasonable student to adequately predict what communication or exchange—viewed in or out of context—will be subjectively viewed as sufficiently “courteous, respectful, and considerate” by a future administrator.

Because Geisel’s social media policy chills protected speech at Dartmouth, it must be rescinded.

FIRE has called on Geisel’s leadership to respond to our concerns by Friday.