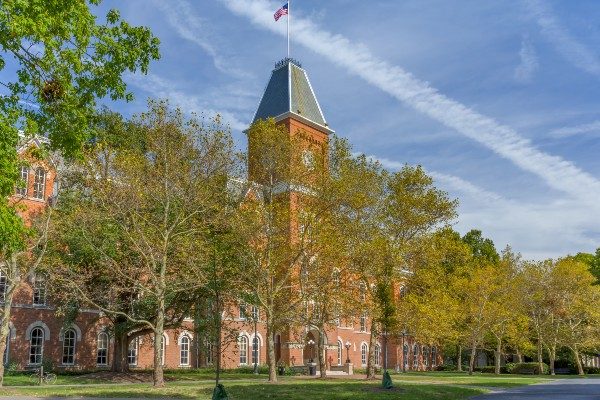 FIRE has asked the Ohio State University to walk back a COVID-19 related mandate requiring students and faculty to sign and agree to a statement about their personal beliefs if they want to return to campus. At a public university like OSU, such a requirement plainly violates the First Amendment.

OSU is reportedly requiring all members of the university community sign the “Together As Buckeyes Pledge” in order to return to campus for the fall semester. While the pledge includes a number of general statements regarding campus health and safety, it also — troublingly — asks students and faculty to affirm the following:

I believe in excellence in all that we do and that it is important to embrace diversity in people and ideas; foster the inclusion of all Buckeyes; allow for access and affordability of an Ohio State education; subscribe to innovation around keeping the Buckeye community safe; and rely on collaboration and multidisciplinary endeavors to guide best practices. Last, I believe in the importance of transparency, integrity and trust.

FIRE’s letter to OSU cites decades of jurisprudence demonstrating that this requirement is tantamount to compelled speech, which violates the First Amendment’s guarantee of free expression.

The First Amendment protects the right to speak as well as the right to refrain from speaking. See Wooley v. Maynard, 430 U.S. 705, 714 (1977) (“[T]he right of freedom of thought protected by the First Amendment against state action includes both the right to speak freely and the right to refrain from speaking at all.”). Compelled speech, therefore, flatly contradicts the protections afforded by the First Amendment, is inconsistent with the role of university as a “marketplace of ideas,” and simply cannot be enforced at a public institution. “[I]f there is any fixed star in our constitutional constellation, it is that no official, high or petty, can prescribe what shall be orthodox in politics, nationalism, religion, or other matters of opinion or force citizens to confess by word or act their faith therein.” West Virginia State Board of Education v. Barnette, 319 U.S. 624, 642 (1943).

To require students and faculty to affirm what they believe as a condition to return to campus threatens to impose a “pall of orthodoxy” prohibited at a public institution of higher education. See Keyishian v. Board of Regents, 385 U.S. 589, 603 (1967); see also Baggett v. Bullitt, 377 U.S. 360, 373 (1964) (striking down the University of Washington’s loyalty oath).

FIRE has asked OSU to rescind the pledge altogether, or make signing it optional.