On June 28, I will be presenting a discussion forum at the 29th International Congress for Applied Psychology in Montreal: “What we do (and don’t) know about trigger warnings, a brainstorming session.” 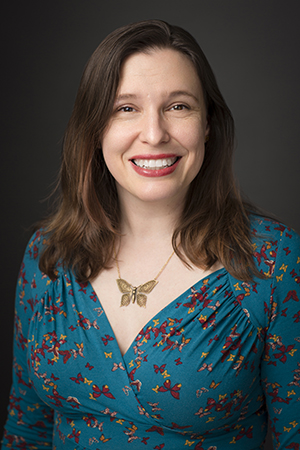 More generally, I am very excited to attend ICAP for the first time. The International Association of Applied Psychology has members from around the world, with more than 80 countries represented.  The mission of the association is “to promote the science and practice of applied psychology and to facilitate interaction and communication among applied psychologists around the world.” The congress occurs only once every four years, and it is an honor to have the opportunity to present.

Although conducting psychological research is not the only work I do at FIRE, it is my primary focus. As a result of a grant awarded to FIRE by the John Templeton Foundation, I am able to conduct research investigating the impact of trigger warnings. I am part of a collaboration with other psychological scientists, led by Middlebury psychology professor Matt Kimble. (I am the only one of the scientists on the project who is funded by FIRE’s Templeton Grant.) Right now we are in the data analysis phase of the project; thus, we don’t yet know what the results of our project are. I also am aware that my graduate school advisor, professor Rich McNally of Harvard, and one of his graduate students, Ben Bellet, are conducting their own trigger warning research. And there may be others conducting trigger warning research right now; I hope there are. This is an important question, and it will require a body of work by different labs, using different methodologies, to determine if trigger warnings are useful, harmful, or perhaps both.

Through my ICAP session, I am hoping to generate research ideas and perhaps even foster collaborative research. I am excited to meet other scientists whose research interests overlap with mine. I am especially interested to hear what people whose experiences or training are very different from my own think about this topic. One of the most valuable aspects of hearing different perspectives is then being able to better perceive what my own biases and assumptions are. More research regarding trigger warnings may make it possible for policy and pedagogy regarding trigger warnings to have an empirical basis. The topic of trigger warnings is important, and it will require a body of work by different labs to determine if trigger warnings are useful, harmful, or perhaps both useful and harmful.

In addition to my own presentation, I’m eager to hear other psychologists discuss their research, especially where they may offer insights to debates over free speech. Georgetown University professor Fathali Moghaddam’s keynote presentation, “Understanding and Solving Mutual Radicalization: When Groups and Nations Drive Each Other to Extremes,” should be one such opportunity, given the increased interest being paid to radicalism and extremism as political climates have become more polarized. Likewise, I am looking forward to a symposium chaired by Peking University Professor Yiqan Gan: “Coping with Stress and Adversity Using Positive Psychological Resources: Effects of Resilience, Future Orientation, and Social Support,” given the crucial role resilience is bound to play in discussions of the efficacy of trigger warnings. Finally, Scott Lilienfeld’s keynote presentation: “The Humility Deficit: How Psychological Science Might Be Our Best Hope For Saving Us From Ourselves,” on June 30, is highly encouraged, though I myself will be unable to attend, as I will be en route back to the U.S. to present at another conference.

I’ll have more on that second conference for readers later this week; in the meantime, for anyone interested in attending ICAP in Montreal, it still is possible to register for the conference here.