FIRE > Newsdesk > FIRE Reminds U. of Alabama Again About Opening Up Campus to Free Speech 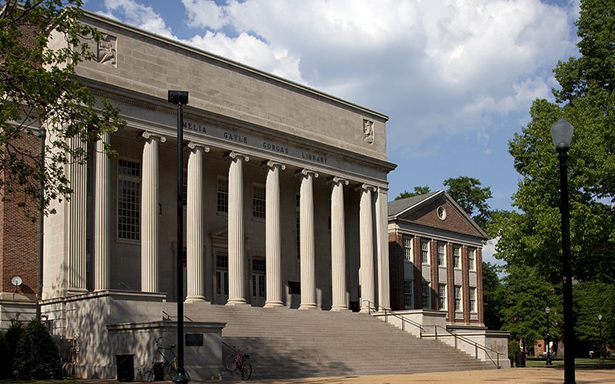 Today, FIRE sent a second letter to the University of Alabama (UA) reminding UA of its obligation as a public university to allow for open discourse and unfettered expressive activity on its campus.

Our letter concerns UA’s grounds use policy, which Torch readers will remember UA used to censor the protected speech of the student group Alabama Alliance for Sexual and Reproductive Justice (AASRJ) this past spring. FIRE wrote to the university in May about that case, in which members of AASRJ, peacefully distributing literature on campus in response to a pro-life student group’s event on the university quad, were told that they needed to have a grounds use permit to continue and that without one they would be subject to arrest for their protected activity. When AASRJ attempted to procure this permit, the group was informed that the permit would not be approved in time because UA’s grounds use policyrecommends requests be submitted “10 working days prior to the event.”

Having received FIRE’s letter as well as public scrutiny following our press release about the case, UA commendably revised its policy (PDF) over the summer in an effort to better accommodate students’ spontaneous expressive activity and counter-protests. Specifically, the revised policy allows for “expedited review” of grounds use permit requests related to “spontaneous” speech “occasioned by news or issues coming into public knowledge within the preceding two (2) calendar days,” as well as “counter-event[s]” that are “occasioned in response to an Event for which a [grounds use permit] has been issued.”

As our letter today reminds the university, however, these changes are not enough, in large part because they leave too much discretion in the hands of university officials enforcing the policy:

[T]he policy does not state on what basis university officials will decide whether to grant the permit request. Moreover, there is no guarantee that a student’s or group’s request for expedited review will be granted—rather, the university has merely committed itself to “attempt[ing]” to make the accommodation within twenty-four hours. This unfettered discretion leaves open the possibility of viewpoint discrimination on the part of university officials, a particularly pernicious violation of the First Amendment.

[P]erhaps most importantly, the policy still does not allow for truly spontaneous, unreserved speech anywhere on campus. Despite its improvement, the policy continues to require prior notice and approval even for speech “occasioned by news or issues coming into public knowledge within the preceding two (2) calendar days,” as well as for “counter-event[s]” that are “occasioned in response to an Event for which a [grounds use permit] has been issued.” Even with respect to these categories, students and student organizations must first submit a permit application to the university and then wait up to 24 hours in order to exercise their basic First Amendment rights. In fact, even with UA’s changes to its policy, it is unclear whether the AASRJ student group would have been able to engage in its counter-protest. After all, as we detailed in our first letter, the group, along with the vast majority of campus, only learned of the planned protest—scheduled for April 10 and 11—on April 9. Under UA’s new policy, it would have been unreasonably difficult to obtain a permit in time for the scheduled event, and the group’s request would have been left at the mercy of UA administrations exercising their discretion under the vague terms of the new policy.

Thus, UA still has significant room for improvement in terms of its protection of students’ First Amendment rights. As our letter concludes:

The University of Alabama would be better served by allowing for truly spontaneous expression from its students, and by opening up many of the large, open spaces on its campus to free speech. Indeed, FIRE would be thrilled to work with the UA administration toward this objective, and to assist the university with the process of policy revision.

It is our hope that the university will take us up on our offer. We will provide updates on this matter here onThe Torch.