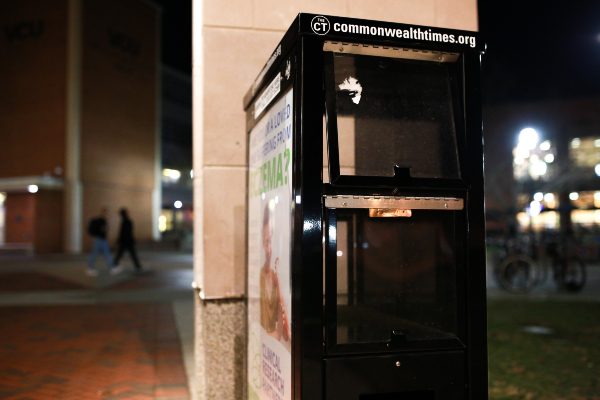 FIRE and the Student Press Law Center sent a letter today to the president of Virginia Commonwealth University’s Student Government Association raising free press concerns amid allegations that she and other student government members stole hundreds of copies of the school newspaper when it featured coverage detailing infighting among SGA members.

The letter to SGA President Breanna Harmon details reports from student journalists at VCU’s The Commonwealth Times, who allege they saw Harmon, along with other SGA members, emptying newspaper racks on Feb. 26, the same day the paper reported that numerous conflicts between SGA members had led to a “hostile” and “toxic” environment within the student government.

FIRE and SPLC reminded Harmon that the SGA, which is overseen by the Division of Student Affairs at VCU — a public university — functions as an official state actor performing state functions. As such, it is bound to uphold students’ constitutional rights and cannot censor speech protected by the First Amendment or infringe on VCU students’ right to a free press. Newspaper theft is a recurring (and unlawful) form of censorship on college campuses.

“[I]t appears that SGA members removed the newspapers in an attempt to keep students and other readers from reading The CT’s coverage of internal rifts within SGA,” FIRE and SPLC explain in the letter. We go on to describe the allegations as “a clear example of censorship based on content.”

“[N]ot only were the actions that you and other SGA members engaged in a violation of the First Amendment’s prohibition of content-based censorship,” the letter states, but those actions also “constituted one of the most egregious forms of First Amendment violation: prior restraint.”

“It’s disconcerting to see members of a student government, who are entrusted by their fellow students to lead, instead working to keep their actions in the shadows by stealing papers from the student body,” said Lindsie Rank, a FIRE program officer who worked on the case.

“Student newspapers are a key source of information for campus communities,” Rank said. “Student government members, of all people, should be well aware of that fact.”

FIRE and the SPLC are asking Harmon and the student government to provide an official response — one that includes a renewed commitment to upholding students’ rights — by next week.

In the meantime, you should absolutely read the underlying story, and reward attempted censorship with what it deserves most — additional attention.