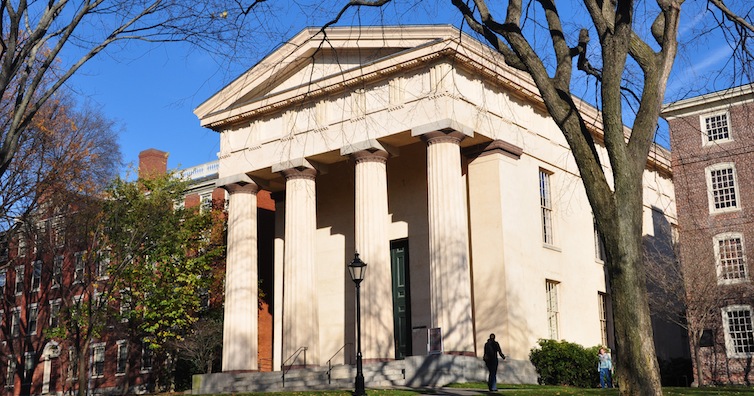 Today, Brown University President Christina H. Paxson sent a letter to the Brown University community regarding the October 29 cancellation of a lecture by New York City Police Commissioner Ray Kelly. The letter, available in full on Brown’s website, makes a powerful argument for freedom of expression at Brown:

I strongly believe that Brown must be a place that supports the free exchange of ideas, even if it means making space for points of view that are controversial or deeply upsetting. The central mission of Brown is to discover, communicate and preserve knowledge and understanding in a spirit of free inquiry. Ideas, expressed in writing and in speech, are the basic currency of the University’s work. Impeding the flow of ideas undermines Brown’s ability to fulfill its mission. Making an exception to the principle of open expression jeopardizes the right of every person on this campus to speak freely and engage in open discussion. We must develop and adhere to norms of behavior that recognize the value of protest and acknowledge the imperative of the free exchange of ideas within a university.

FIRE strongly agrees. President Paxson’s statement is clear, direct, and signals a welcome understanding of the importance of protecting free expression from mob censorship—a task of particularly crucial importance on a university campus.

Paxson also discusses the possibility of student conduct charges against the protesters:

This view is laid out in the Brown Code of Student Conduct, which all students indicate acceptance of before enrolling. The section on “Protest and Demonstration Guidelines” states the following:

“Protest is a necessary and acceptable means of expression within the Brown community. However, protest becomes unacceptable when it obstructs the basic exchange of ideas. Such obstruction is a form of censorship, no matter who initiates it or for what reasons.”

The Guidelines describe acceptable means of protest, such as picketing, as well as unacceptable means, such as interrupting or halting a lecture, debate or any public forum. To prevent similar episodes in the future—something we must do—these standards of conduct will be upheld and enforced.

In similar episodes that have occurred at Brown in the past, students who violated the Code of Student Conduct have been asked to accept responsibility for their actions. After the findings from the first phase of the Committee’s work are complete, we will determine whether individuals or organizations involved should be referred to the University’s established processes for resolving alleged violations of the Code of Student Conduct.

President Paxson has sent a strong and necessary message to those who would simply shut down speakers with whom they disagree. As Paxson notes, Brown policy plainly prohibits this type of censorship. No matter how noble some students imagine their decision to censor may be, preventing a speaker from being heard violates core civil liberties principles and has no place on a university campus or in our liberal democracy.

Paxson acknowledges that the university itself made mistakes in planning for Kelly’s lecture, as evidenced by the cancellation of the event:

The University bears responsibility for the events of last week. Brown hosts controversial speakers on a regular basis. Clearly, something went awry in the planning and oversight of this particular lecture. There is a need to establish the simple facts of what happened and why, so that this kind of episode does not recur.

Paxson closes by calling for the creation of a “Committee on the Events of October 29th” to, in part, “make recommendations regarding how the University community can maintain an inclusive and supportive environment for all of our students while upholding our deep commitment to the free exchange of ideas.” FIRE agrees that such work is necessary. We recommend that upon its creation, the Committee look to Yale University’s Report of the Committee on Freedom of Expression at Yale, issued in 1975 by a committee chaired by C. Vann Woodward. The report, commonly known as the Woodward Report, is an excellent and eloquent statement of the deep and robust commitment to freedom of expression required of institutions like Yale and Brown.

We hope that more colleges and universities nationwide take heed of President Paxson’s example. Sadly, FIRE has seen students and administrators across the country attempt to exercise the “heckler’s veto” when confronted with speech they dislike. The frequency of these ugly incidents demonstrates that far too many students and administrators have “unlearned liberty”—that is, they have forgotten that, in the words of Justice Thurgood Marshall, “[t]he freedom to speak and the freedom to hear are inseparable; they are two sides of the same coin.”

FIRE hopes that President Paxson’s admirable statement begins to transform the sad spectacle of mob censorship at Brown into a lesson to all students about the vital importance of protecting freedom of expression—even and especially for those with whom we do not agree.