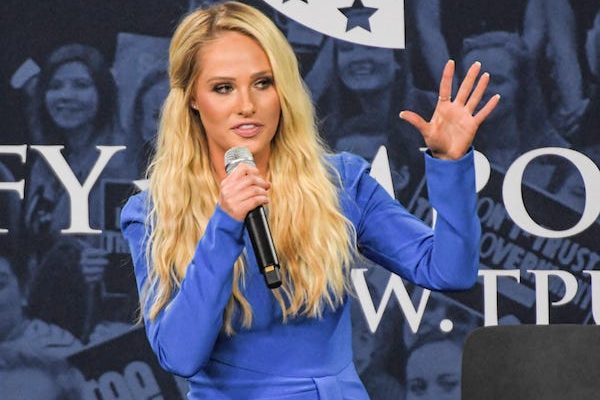 FIRE is monitoring reports that a student-organized speech by commentator Tomi Lahren last night at the University of New Mexico faced substantial disruption.

FIRE encourages students to exercise their First Amendment right to peacefully protest. But, as FIRE has consistently argued, they may not infringe a speaker’s own right to express their views, nor listeners’ right to hear those views, by shouting a speech down or resorting to violence.

College campuses must be havens for engaging with a variety of viewpoints — especially controversial ones.

Last night, at an event hosted by UNM’s chapter of Turning Point USA, some protesters allegedly tried to force their way into the room where Lahren was speaking (video below), pulled a fire alarm, and banged on doors and walls in an attempt to disrupt the speech. UNM should have taken additional steps to ensure the event could proceed as planned, while also protecting students’ ability to peacefully protest nearby.

College campuses must be havens for engaging with a variety of viewpoints — especially controversial ones. The answer to speech you hate is more speech.

The First Amendment — and FIRE — stand for the principle that peaceful protest need not be respectful or civil. It can be loud, angry, and passionate. But it must not infringe others’ expressive rights and, above all, must never resort to violence.