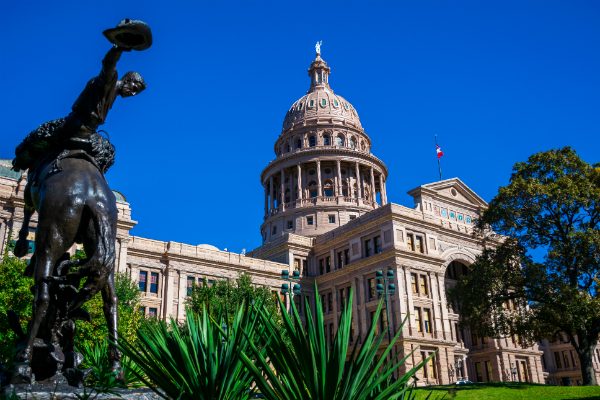 In a letter sent today, FIRE urged Texas Gov. Greg Abbott to veto two pieces of legislation that would have disastrous consequences for free speech and due process on campus.

The first bill, SB 212, defines sexual harassment on campus in an unconstitutionally overbroad manner, and provides that university employees who fail to report sexual harassment and other sexual misconduct will face termination and criminal prosecution, including possible jail time.

As FIRE explained in our letter:

Taking the bill’s provisions together, the bill requires employees — under threat of termination and criminal prosecution — to report any and all expression that could conceivably satisfy an unconstitutionally broad definition of sexual harassment. Enacting these provisions into law will force employees — including university faculty — to over-report, lest they risk a jail sentence, fine, and/or termination. This in turn will flood institutional Title IX offices with unmeritorious complaints, including instances of speech plainly protected by the First Amendment or institutional promises of freedom of expression. Sifting through this avalanche will squander institutional resources that could be far better devoted to pursuing serious complaints intentionally brought to the attention of Title IX officers.

The two bills’ definitions of sexual harassment would also put Texas on a collision course with the U.S. Department of Education, which has issued proposed Title IX regulations that employ the speech-protective definition of sexual harassment in the educational setting set forth by the U.S. Supreme Court in Davis v. Monroe County Board of Education.

The absurd result of this legislation would be that, if the proposed regulations become final, faculty and staff at Texas’s universities could be sent to prison for failing to report speech and conduct that does not even constitute sexual harassment according to the federal agency responsible for enforcing Title IX on campus.

FIRE urges Gov. Abbott to veto these well-intentioned, but ill-considered and deeply flawed, pieces of legislation.