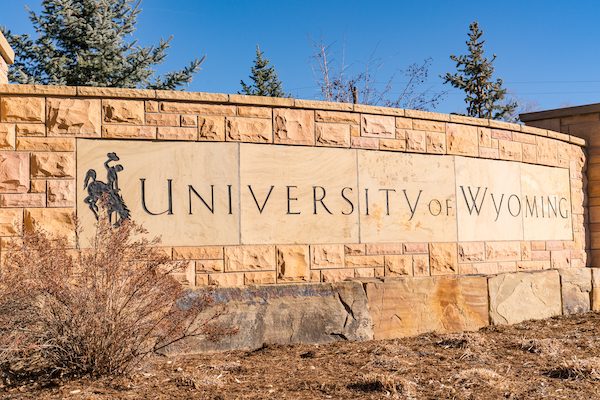 An amendment that would remove funding for gender studies at the University of Wyoming has been adopted by the Wyoming Senate and is now before the House of Representatives for consideration. If enacted, Amendment 9 would impermissibly restrict a particular viewpoint, and FIRE strongly urges its removal from the state’s appropriations bill.

As a condition of these appropriations, the University of Wyoming shall not expend any general funds, federal funds or other funds under its control for any gender studies courses, academic programs, co-curricular programs or extracurricular programs.

Some have pointed out that because the language prohibits the institution from expending funds from any source to “academic programs,” not just gender studies programs, the language could be literally construed to close the institution’s academic programming. However, even if that language is changed or narrowly interpreted, this amendment still poses constitutional concerns. By not funding and thereby shutting down “courses, academic programs, co-curricular programs or extracurricular programs” relating to gender studies, the amendment functions as a curricular ban on that topic, and would limit academic discussion of gender in any class, whether offered as part of a “gender studies” program or not.

It is flatly unconstitutional to prohibit events featuring speakers from the field of gender studies from receiving funding.

While local or state governments have broader leeway to regulate the curricula of K-12 classes, higher education is different and efforts to regulate viewpoints on university campuses are subject to more stringent review under the First Amendment. Proposals to ban particular studies because of their viewpoint are exactly the type of legislative imposition of the “pall of orthodoxy” over higher education that the Supreme Court has condemned — part of the over 65 years of precedent that unequivocally holds that curricular bans in higher education are unconstitutional.

Targeting gender studies for elimination because of the points of view expressed by some faculty or courses in that field is unconstitutional. According to the Senate floor debate, that is exactly the intention of this amendment.

The amendment also targets funding for “extracurricular programs.” This implicates additional student activities and organizations, including those organized by students or funded by the student government. It is flatly unconstitutional to prohibit student events featuring speakers from the field of gender studies (however construed under this undefined provision) from receiving funding. A funding ban of this breadth prohibits student activity fee dollars from supporting events with speakers associated with gender studies. In Rosenberger v. Rector and Visitors of the University of Virginia, the Supreme Court made clear that denying funding to student organizations on the basis of viewpoint is unconstitutional. As the Court wrote, “to cast disapproval on particular viewpoints of its students risks the suppression of free speech and creative inquiry in one of the vital centers for the Nation’s intellectual life, its college and university campuses.”

It is flatly unconstitutional to prohibit events featuring speakers from the field of gender studies from receiving funding.

This afternoon, FIRE wrote to members of the Wyoming House of Representatives urging them to remove the language of Amendment 9 from the appropriations bill. Hopefully, the Representatives will agree and delete the problematic provision.