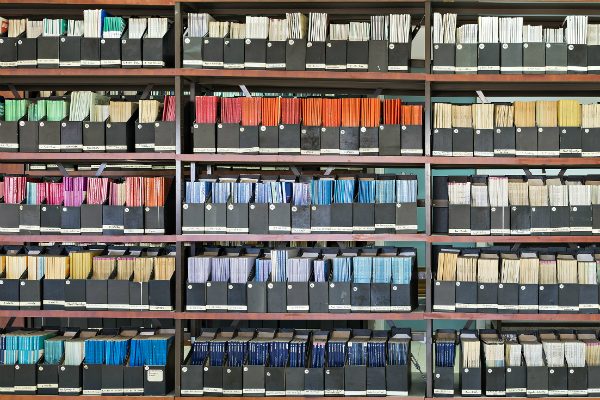 The Guides are an innovative, widely respected, and well-received vehicle for changing the culture on college and university campuses. They do so by emphasizing the critical importance of legal equality over the selective assignment of rights and responsibilities, of self-governance over coercion, and of the rule of law and fair procedure over the ad hoc and arbitrary imposition of partisan and repressive rules. Read more.

Judge Learned Hand (1872–1961) wrote two significant free speech opinions, one in 1917 as a federal district judge, and one in 1950 as a federal circuit judge. The first opinion was a statutory ruling affirming a free speech claim, while the second was a First Amendment opinion denying a free speech claim. The first opinion was reversed by a federal circuit court, while the United States Supreme Court affirmed the second. The first, Masses Publishing Co. v. Patten (244 F. 535 (S.D.N.Y. 1917)), brought Hand fame and became quite influential, while the other, United States v. Dennis (183 F.2d 201 (1950)), drew criticism and is relatively overlooked. In the documents that follow (posted online for the first time), you will be introduced to the arguments that shaped the Masses case at both the trial and appellate levels. Read more.

This page highlights books that have been either banned or challenged in the United States. A book is challenged when calls are made for it to be banned or removed from the public’s access. This list of books is by no means exhaustive and will expand in honor of Banned Books Week each year. Read more.

The First Amendment Salon began in April 2014. The Salon hosts a series of non-partisan programs that aim to emulate the spirit of the U.S. Constitution’s Madisonian guarantee by opening a dialogue, at once robust and diverse, about free expression in America.

To that end, the Salon engages members of the First Amendment community – lawyers, academics, journalists, and activists – in an ongoing discussion of key free speech issues of our day. Each program involves a no-charge, 90-minute discussion concerning a timely topic related to freedom of expression, whether in a contemporary Supreme Court case, book, article, legal brief, or memorandum. Read more.

The Papers of Eugene Volokh

Eugene Volokh, a member of the First Amendment Library’s Board of Advisors, teaches free speech law, tort law, religious freedom law, church-state relations law, and a First Amendment amicus brief clinic at UCLA School of Law, where he has also often taught copyright law, criminal law, and a seminar on firearms regulation policy. Before coming to UCLA, he clerked for Justice Sandra Day O’Connor on the U.S. Supreme Court and for Judge Alex Kozinski on the U.S. Court of Appeals for the Ninth Circuit. Read more.

Originally, the case name read People of the State of California, Plaintiff v. Shigeyoshi Murao, No. B27083 and Lawrence Ferlinghetti, No. B27585, Defendants. The case against Murao was dismissed before Judge Horn issued his opinion in the matter of People v. Ferlinghetti. None of the surviving versions of People v. Ferlinghetti contained authoritative citations within the body of the opinion. The authors researched and reinserted the citations in all of the appropriate places. Hence, this is the most definitive existing version of the opinion in print. Excerpted from Ronald Collins & David Skover, Mania: The Story of the Outraged & Outrageous Lives that Launched a Cultural Revolution (Top Five Books, 2013), pp. 357-368. Read more.

The Trials of Lenny Bruce

The transcripts available on this site are from Lenny Bruce’s obscenity trials in San Francisco, Los Angeles (Beverly Hills), Chicago, and New York. This is the first time these complete transcripts have been made accessible to the general public and free of charge. We have also posted related materials—including appellate briefs, unpublished judicial orders and opinions, the petition for a posthumous pardon, etc.—to provide a fuller picture of Bruce’s battles with the law. Our hope is that these documents, and others yet to be posted at a later time, will help to tell the Lenny Bruce story as never before told. Read more.

To view all amicus curiae briefs FIRE has either written or signed on to, click here.

To view a list of all Supreme Court justices and which First Amendment related cases they wrote the majority opinion for, click here.

This page highlights art that has been censored on campus.