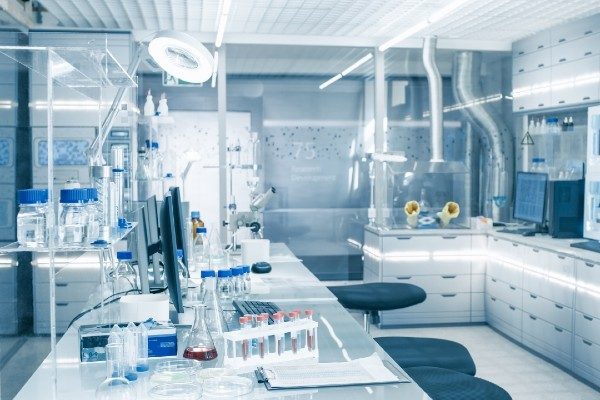 The pandemic caused by the pervasive spread of the virus known as COVID-19 has placed significant pressure on government officials to act quickly to try to save lives and slow the spread of the virus. Many officials have responded with significant restrictions in the form of emergency stay-at-home orders, executive orders closing all but “essential” businesses, and bans on public gatherings — often of groups of more than 10 people.

Such measures have received pushback from church parishioners who want to worship together, business owners that want to re-open to avoid economic collapse, and people who want to be able to assemble either for communal, protesting, or other purposes. Chatter on Facebook and other forms of social media has degenerated into a veritable hodgepodge of the political blame-game, inspired debates over federalism and the proper allocation of power between federal and state governments, and presented people with a dizzying array of quite different medical information and numbers.

No matter one’s political beliefs, this time has also placed significant strains on First Amendment freedoms. John Whitehead of the Rutherford Institute writes: “At no time in the history of this nation has the government (federal or state) ever attempted to impose such onerous restrictions on the rights of religious individuals as we are seeing play out in response to the COVID-19 pandemic.”

The question arises whether the exigencies of the current pandemic justify direct restrictions on these fundamental rights. As Justice Robert Jackson famously warned in Terminiello v. Chicago (1949) — albeit in dissent — “There is danger that, if the Court does not temper its doctrinaire logic with a little practical wisdom, it will convert the constitutional Bill of Rights into a suicide pact.”

More to the point on health measures, the U.S. Supreme Court has rejected a challenge to a state vaccination law by a pastor named Peter Henning Jacobson. “There are manifold restraints to which every person is necessarily subject for the common good,” wrote Justice John Marshall Harlan I, the so-called “Great Dissenter” in Jacobson v. Massachusetts (1905). In this case, the police powers of Massachusetts trumped the pastor’s individual right for an exemption.

However, the Jacobson case was decided in 1905 well before the Supreme Court gave enhanced protection to a bevy of individual rights, including First Amendment freedoms.

One approach — taken by a federal district court judge in California — has been to emphasize a different standard of review in an emergency environment. U.S. District Judge Jesus G. Bernal of the Central District of California denied a request for a temporary restraining order in his April 23, 2020, decision in Gish v. Newsom.

California Governor Gavin Newsom had issued an order requiring “all individuals living in the State of California to stay home or at their place of residence except as needed to maintain continuity of operations of the federal critical infrastructure sectors.” Officials in Riverside County issued an order prohibiting “public or private gatherings … including, but not limited to an auditorium, … church, … or any other indoor or outdoor space used for any non-essential purpose, including but not limited to … church.” Meanwhile, officials in San Bernardino County had issued an order allowing “faith-based services that are provided through streaming or other technology, while individuals remain in their homes” but prohibiting drive-in religious services.

Four individuals, including lead plaintiff Wendy Gish, sued Newsom and officials in the two counties, alleging “a gross abuse of their power.” They asserted in their complaint that the defendants violated their First Amendment rights to religious liberty, speech, and assembly, among other constitutional claims.

Traditionally, in modern constitutional law, if the government directly infringes on a fundamental right, such as the freedoms found in the First Amendment, the government can only do so if it meets the highest form of judicial review — what is known as “strict scrutiny.” This requires the government to argue that its restriction or regulation advances a compelling governmental interest advanced in the least restrictive way possible.

“During an emergency, traditional constitutional scrutiny does not apply,” Judge Bernal wrote in rejecting relief from the emergency orders. Judge Bernal upheld these restrictions under this emergency exception to traditional constitutional review. Under this type of paradigm, emergency actions are constitutional if they (1) have a “real or substantial relation to the crisis” and (2) do “not represent plain, palpable invasions of clearly protected rights.” According to Bernal, the emergency measures “easily meet that test,” as physical distancing is necessary to slow the spread of the virus. He also noted that plaintiffs “are free to gather virtually or over the phone.” He determined that “the Orders are likely a permissible exercise of executive authority during a national emergency.”

In sharp contrast to this ruling, another federal district court judge in Kentucky issued a very different type of ruling in On Fire Christian Center, Inc. v. Fischer. Louisville Mayor Greg Fischer had banned religious services a few days before Easter in order to prohibit large gatherings that might lead to the spread of the coronavirus. He acknowledged that he took this measure with a “heavy heart.”

On Fire Christian Center challenged this ban on religious services under the Free Exercise Clause of the First Amendment and the Kentucky Religious Freedom Restoration Act. The church noted the incongruence between banning drive-in religious services but allowing drive-ins to the liquor store and other places.

U.S. District Judge Justin R. Walker ruled in favor of the church. He began his opinion with the memorable line: “On Holy Thursday, an American mayor criminalized the communal celebration of Easter.” Walker specifically noted the differential treatment of churches and liquor stores, writing: “Here, Louisville has targeted religious worship by prohibiting drive-in church services, while not prohibiting a multitude of other non-religious drive-ins and drive-throughs – including, for example, drive-through liquor stores.”

Walker acknowledged that “nothing in this legal analysis should be read to imply that the rules of the road in constitutional law remain rigidly fixed in the time of a national emergency,” citing the Supreme Court’s decision in Jacobson. “But even under Jacobson, constitutional rights still exist,” wrote Walker. “Among them is the freedom to worship as we choose.”

A little more than a week later, the mayor and the church reached an agreement that allows the church to conduct drive-in worship services. “We are grateful to Mayor Fischer and Louisville city officials who worked with us to ensure their policies are both consistent with the Constitution and the CDC’s guidelines,” said Roger Byron, senior counsel for First Liberty Institute, in a news release. “During this challenging time, we need to see more of this kind of cooperation between government officials and the religious community.”

The decisions by Judge Bernal and Judge Walker reflect a fundamentally different approach to interpreting First Amendment freedoms in a time of emergency. These are not the only court decisions related to COVID-19 and the First Amendment. Other decisions have come down regarding restrictions on First Amendment freedoms during this time of COVID-19. For example, the Pennsylvania Supreme Court upheld closures of the vast majority of businesses in Friends of DeVito v. Wolf. A federal district court in New Mexico upheld restrictions on public gatherings, including religious gatherings, in Legacy Church v. Kunkel.

In both these decisions, the courts purported to apply the strict scrutiny standard of review but still upheld the restrictions on First Amendment freedoms. That could happen more in the judiciary — particularly if the number of deaths from the virus continues to rise.

But one thing that should not be lost in this tough time is a commitment to the first 45 words of the Bill of Rights. As First Amendment defender Gene Policinski writes: “The COVID-19 outbreak is a real threat to public health, but it should not be a reason for long-term damage to our core freedoms.”