The Papers of Eugene Volokh 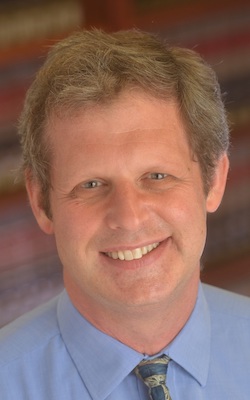 Eugene Volokh
Eugene Volokh, a member of the First Amendment Library’s Board of Advisors, teaches free speech law, tort law, religious freedom law, church-state relations law, and a First Amendment amicus brief clinic at UCLA School of Law, where he has also often taught copyright law, criminal law, and a seminar on firearms regulation policy. Before coming to UCLA, he clerked for Justice Sandra Day O’Connor on the U.S. Supreme Court and for Judge Alex Kozinski on the U.S. Court of Appeals for the Ninth Circuit.

Volokh is the author of the textbooks The First Amendment and Related Statutes (5th ed. 2013), The Religion Clauses and Related Statutes (2005), and Academic Legal Writing (4th ed. 2010), as well as over 75 law review articles and over 80 op-eds, listed below. He is a member of The American Law Institute, a member of the American Heritage Dictionary Usage Panel, and the founder and coauthor of The Volokh Conspiracy, a Weblog that gets about 35-40,000 pageviews per weekday. He is among the five most cited then-under-45 faculty members listed in the Top 25 Law Faculties in Scholarly Impact, 2005-2009 study, and among the forty most cited faculty members on that list without regard to age. These citation counts refer to citations in law review articles, but his works have also been cited by courts. Six of his law review articles have been cited by opinions of the Supreme Court Justices; twenty-nine of his works (mostly articles but also a textbook, an op-ed, and a blog post) have been cited by federal circuit courts; and several others have been cited by district courts or state courts.

Volokh worked for 12 years as a computer programmer. He graduated from UCLA with a B.S. in math-computer science at age 15, and has written many articles on computer software. Volokh was born in the USSR; his family emigrated to the U.S. when he was seven years old.

Symbolic Expression and the Original Meaning of the First Amendment, 97 Georgetown L.J. 1057 (2009).

Freedom of Speech and Information Privacy: The Troubling Implications of a Right to Stop People from Speaking About You, 52 Stanford L. Rev. 1049 (2000).

Freedom of Speech and the Constitutional Tension Method, 3 U. Chicago Roundtable 223 (1996).