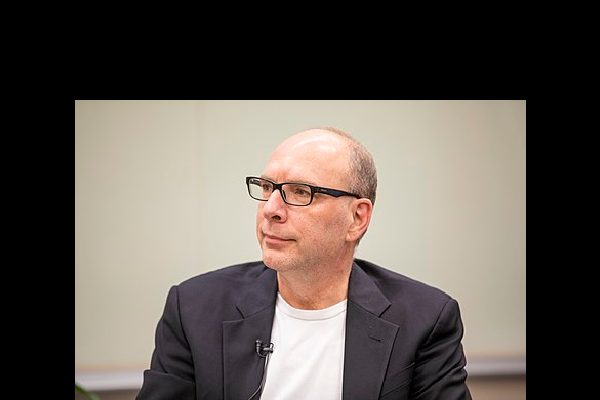 The ideal: Truth will prevail in the marketplace. The libertarian creed is premised on that competition in the marketplace of ideas. Or at least that the marketplace is the best test. To that end, the press plays a critical role in fact-checking and then reporting on the ideas that come into that marketplace. But what if things go south? What if the marketplace malfunctions in a post-truth regime? Remember that the Supreme Court justice who launched this market jurisprudence into American law also stressed that it was an “an experiment, as all life is an experiment.” And sometimes experiments fail. What then? And how does that affect the role of the press? More specifically, how does that affect the role of a commercial press in a highly commercialized capitalist culture? Does the right of press freedom become (operationally speaking) a negative one, the right not to cover the President’s briefings? Is that the press contribution to the marketplace of ideas in a post-truth era?

The comments below invite us to ponder such questions.

“Today we are recognizing that our journalism must shift, not to a ‘war’ but to an emergency footing.” — Jay Rosen

Over at Press Think, a project of the Arthur L. Carter Journalism Institute at New York University, Professor Jay Rosen is urging a shift in the “coverage of the President to an emergency setting.” As he explains:

This means we are exiting from the normal system for covering presidents— which Trump himself exited long ago by using the microphone we have handed him to spread thousands of false claims, even as he undermines trust in the presidency and the press. True: he is not obliged to answer our questions. But neither are we obligated to assist him in misinforming the American people about the spread of the virus, and what is actually being done by his government.

And what does this proposed shift in media coverage entail? Here is his answer:

Sympathetic to the Rosen critique, over at The Washington Post columnist Margaret Sullivan weighed in with these words: “Radical change is necessary: The cable networks and other news organizations that are taking the president’s briefings as live feeds should stop doing so.” She adds:

The press — if it defines its purpose as getting truthful, useful, non-harmful information to the public, as opposed to merely juicing its own ratings and profits — must recognize what is happening and adjust accordingly. (And that, granted, is a very big “if.”)

Indeed, (if truth be known) President Trump has been a cash cow to both liberal and conservative media outlets. Why? Because media audiences love tantalizing entertainment above all — the carnival specter of politics sells. Donald Trump has long known that; he has mastered the barker’s art. This is a point prophetically made by the late Neil Postman (Rosen’s former professor) in his seminal book “Amusing Ourselves to Death” (likewise in “The Death of Discourse” by myself and David Skover). 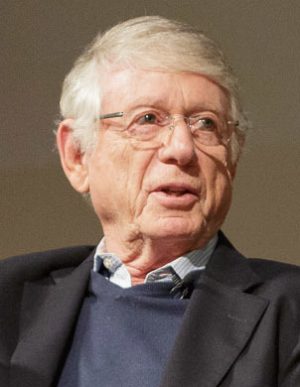 Ted Koppel
Ted Koppel has been duly mindful of both the concerns expressed by Rosen and the paradoxical predicament in which they place the commercial media. As he put it in a 2019 op-ed in The Washington Post:

Let the record show that [the current occupier of the White House] has launched the careers of numerous media stars and that expressions of indignant outrage on the left and breathless admiration on the right have resulted in large, entirely nonpartisan profits for the industry of journalism. Why anyone should assume that [the President] and those who cherish or loathe him in the news business will easily surrender such a hugely symbiotic relationship is hard to understand.

Or as he put it earlier this year: The addictive properties of that opioid have been “very good for the business of journalism” but very dangerous to the profession of journalism.

Question: Even if one accepts professor Rosen’s credible premise, will the media follow his counsel and let their audience shares and profits be damned? And if they did so, might that not further encourage the president to be bolder? Would he not relish the absence of many of his media critics, leaving only those outlets sympathetic to his views and policies?

In the swirl of all of this, one is all too easily reminded of Albert Camus’ big rock. . . which in the days of the Resistance he was all too willing to push.