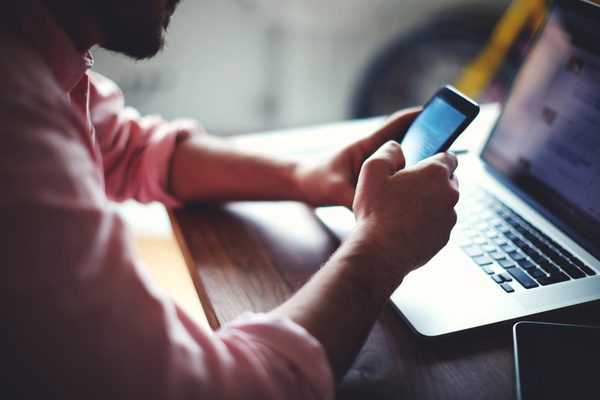 [A] content-based ban on speech with no exception for speech made to government officials in their offices . . . is not a permissible statute. While [the petitioner’s] choice of words was undoubtedly vulgar, intemperate, and counterproductive, his words were spoken to communicate with Veterans Administration officials while they were on the job. [Petitioner] thus had a constitutionally protected right to criticize the officials, even with offensive words that conveyed strong emotion or caused discomfort.

The federal government and 43 states have laws that criminalize telephone harassment. But what exactly constitutes harassment? Is mere offensive language enough? What about communications with government officers on matters of public concern? What about content-based restrictions? Circuits and state high courts are divided, 10-8, on whether such broadly written or content-based telephone harassment laws comply with the First Amendment.

Enter Matthew A. Campbell, Neal Katyal, Mitchell Reich and Benjamin A. Field on behalf of the petitioner along with Professor Eugene Volokh filing an amicus brief on behalf the petitioner. The case is Waggy v. United States. Here are the facts as presented by counsel for the petitioner.

Robert Waggy is a disabled Marine Corps veteran who receives private medical care paid for by the Department of Veterans Affairs (VA). One day, Waggy called his local VA medical center to complain about its failure to reimburse him for $30,000 in medical bills. During the calls, Waggy became irate and used profanity. Waggy did not level true threats or incite violence; he merely petitioned— intemperately—for a redress of his grievances.

Nonetheless, the Government made a federal case out of it, successfully charging Waggy with “mak[ing] a telephone call,” “with intent to harass * * * or embarrass any other person,” “using * * * lewd, lascivious, [or] indecent language.” Wash. Rev. Code § 9.61.230(1)(a) [applicable in federal court via the Assimilative Crimes Act, 18 U.S.C. § 13]. A divided panel of the Ninth Circuit affirmed Waggy’s conviction, reasoning that it com- ported with the First Amendment because the statute punished Waggy solely for his “non-expressive conduct” rather than for his speech.

→ Video of oral arguments in the Ninth Circuit.

Earlier this week the Supreme Court denied review in Waggy without comment.

Thomas dissents from denial of cert. in ‘true threats’ case

The case is Kansas v. Boettger. The issue raised in the case according to SCOTUSblog is: “Whether the First Amendment prohibits a state from criminalizing threats to commit violence communicated in reckless disregard of the risk of placing another in fear.” The Kansas Supreme Court held that the reckless criminal threat provision of the state’s statute (K.S.A. 2018 Supp. 21-5415(a)(1)) was unconstitutionally overbroad and thus violative of the First and Fourteenth Amendments. The Supreme Court denied cert in the case and Justice Clarence Thomas dissented from that denial. In that dissent, Thomas argued: 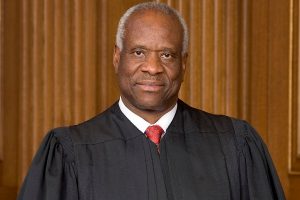 Justice Clarence Thomas
In my view, the Constitution likely permits States to criminalize threats even in the absence of any intent to intimidate. See Elonis v. United States, 575 U. S. 723, 760– 767 (2015) (dissenting opinion). It appears to follow that threats of violence made in reckless disregard of causing fear may be prohibited. The Kansas Supreme Court reached the opposite conclusion by over-reading our decision in [Virginia v.] Black, which did not answer the question presented here. Other courts looking to Black, however, have upheld similar statutes. State v. Taupier, 330 Conn. 149, 193 A. 3d 1 (2018); Major v. State, 301 Ga. 147, 800 S. E. 2d 348 (2017). I would grant the petition for certiorari to resolve the split on this important question. . . .

He then began his historical analysis:

It does not appear that the ratifiers of the First or Fourteenth Amendments understood the freedom of speech to protect reckless threats. In 1754, Parliament passed a statute making it a crime to “knowingly send any Letter with-out any Name subscribed thereto, or signed with a fictitious Name . . . threatening to kill or murder any of his Majesty’s Subject or Subjects, or to burn their [property], though no Money or Venison, or other valuable Thing shall be demanded.” 27 Geo. 2, ch. 15. English courts interpreted this statute to require what is known today as general intent— “that is, that the defendant posses[s] knowledge with respect to the actus reus of the crime.” Carter v. United States, 530 U. S. 255, 268 (2000). As the trial court instructed the jurors in one leading case, “if they were of the opinion that” the “terms of the letter conveyed an actual threat to kill or murder . . . and that the prisoner knew the contents of it, they ought to find him guilty.” King v. Girdwood, 1 Leach 142, 143, 168 Eng. Rep. 173 (1776). Only “if they thought [the defendant] did not know the contents, or that the words might import any thing less than to kill or murder” should they acquit. Ibid. The Court of Crown approved this instruction. Ibid., 168 Eng. Rep., at 174; see also Rex v. Boucher, 4 Car. & P. 562, 563, 172 Eng. Rep. 826, 827 (N. P. 1831).

More than a dozen States and Territories enacted “copies” of this statute between the founding and Reconstruction. . . .

[Moreover,] none of this Court’s precedents have held that the First Amendment requires States to include intent to intimidate as an element in criminal threat statutes. . . .

[The] split regarding the mental state required by the First Amendment for these offenses will only deepen with time. Sixteen States and the District of Columbia filed an amicus brief representing that numerous statutes would be subject to challenge under the reasoning of the Supreme Court of Kansas. . . . If state high courts hold even a fraction of these statutes unconstitutional, we will have no choice but to intervene. I would do so now to address the problem caused by our language in Black.

Three First Amendment expression cases yet to be decided

The following three cases have been argued and await a ruling. Their issues according to SCOTUSblog follow:

Whether — when in Agency for International Development v. Alliance for Open Society International Inc., the Supreme Court held that the First Amendment bars enforcement of Congress’ directive, which required respondents, United States-based organizations that receive federal funds to fight HIV/AIDS abroad, to “have a policy explicitly opposing prostitution and sex trafficking” as a condition of accepting those funds — the First Amendment further bars enforcement of that directive with respect to legally distinct foreign entities operating overseas that are affiliated with respondents.

Whether the government-debt exception to the Telephone Consumer Protection Act of 1991’s automated-call restriction violates the First Amendment, and whether the proper remedy for any constitutional violation is to sever the exception from the remainder of the statute.

Whether enforcement of a Washington state law that threatens a fine for presidential electors who vote contrary to how the law directs is unconstitutional because a state has no power to legally enforce how a presidential elector casts his or her ballot and a state penalizing an elector for exercising his or her constitutional discretion to vote violates the First Amendment.

Two cert. granted but yet to be argued

On Episode 9 of VISION, we’ll start a deep-dive on issues of speech and expression in a time of turbulence and change. We’ll be joined by Geoffrey Stone, a University of Chicago law professor and leading thinker on free speech in times of crisis.

Legislative calls to reform Section 230 of the Communications Decency Act

The Justice Department sued Bolton on June 16th, alleging that he failed to complete a pre-publication review. The next day, the department filed an emergency request asking the judge to issue a restraining order barring the book’s publisher, as well as any bookstores that received the book, from disseminating copies.

In his ruling, United States District Judge Royce C. Lamberth wrote that the book raised “grave national security concerns,” and that Bolton stood to lose the profits from the book deal for breaking his nondisclosure agreement. Nevertheless, the judge argued that an injunction preventing further spread of the book would be futile.

“In taking it upon himself to publish his book without securing final approval from national intelligence authorities, Bolton may indeed have caused the country irreparable harm. But in the Internet age,  even a handful of copies in circulation could irrevocably destroy confidentiality. A single dedicated individual with a book in hand could publish its contents far and wide from his local coffee shop. With hundreds of thousands of copies around the globe—many in newsrooms—the damage is done. There is no restoring the status quo,” Lamberth wrote.

From the event description: 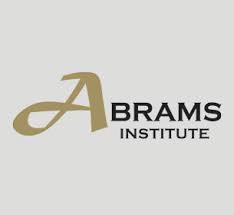 At FESC, scholars and practitioners discuss works-in-progress on the freedoms of speech, expression, press, association, petition, and assembly, as well as on related issues of knowledge and information policy. FESC has become a fixture on the calendar of leading First Amendment thinkers and scholars nationwide. The paper titles and attendees from prior conferences are available here: 2019, 2018, 2017, 2016, 2015, 2014, and 2013.

Each accepted paper is assigned to a discussant, who will summarize the paper, provide feedback, and lead a discussion. Workshop sessions are typically lively discussions among authors, discussants, and participants. Sessions run from Saturday morning through Sunday afternoon. Conference participants are expected to read the papers in advance and to attend the entire conference.

Yet another sign of the continuing absence of the Freedom Forum’s presence in the First Amendment world. This from a Freedom Forum Institute’s press release:

The 2020 Seigenthaler-Sutherland Cup National First Amendment Moot Court competition is set for March 20-21, 2020 at The Catholic University of America Columbus School of Law in Washington, D.C.

New book on the history of intolerance 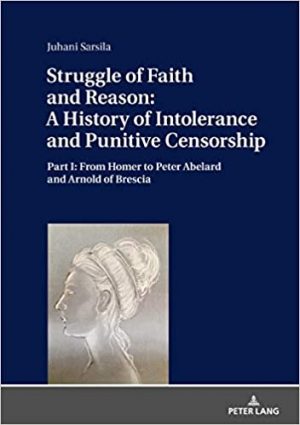 The aim of this book is to discuss the quintessential struggle of faith and reason that invariably and perpetually manifests itself in the history of humanity. In west, technology, technolatria, is now seen as a substitute for desacralised Christianity. Ancients disliked «Faustian» technology and manipulation of the natural order of things. They branded Prometheus and Daedalus as evil-doers, for ‹novelty› or ‹innovation› then stood for hybris. The Greco-Roman Antiquity was markedly religious and political. Leaders and commoners had all to observe the sacrosanct cult. Thus, law and order were maintained, and change was precluded. The triumph of Christianity, orchestrated by Roman aristocracy, was to lead to intolerance and persecution even within the Orthodox Church.

This book presents a contribution to the neglected branch of history of morals in a time when virtue has been lost, and moral disorder or vacuum has ensued. The study covers a very long March of Father Time, from Homer and Hesiod until the twelfth century of the Common Era.

Review of ‘Rap on Trial: Race, Lyrics & Guilt in America’

Stewart Baker, “Using the internet to cause emotional distress is a felony?,” The Volokh Conspiracy (June 22)