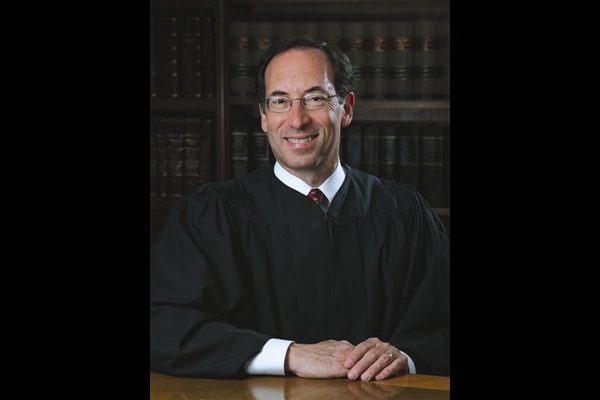 The following review of “An Aristocracy of Critics: Luce, Hutchins, Niebuhr and the Committee That Redefined Freedom of the Press” is by Seattle Senior United States District Judge Robert S. Lasnik.

In the mid-1940s, as the United States was defeating the Axis powers of Germany and Japan, a group of scholars came together to focus on what was perceived as a crisis in confidence in American journalism. The Commission on Freedom of the Press was formed in 1943 at the instigation of Time, Inc. Editor-in-Chief Henry R. Luce, and chaired by the charismatic president of the University of Chicago Robert Maynard Hutchins. Journalism and media studies professor Stephen Bates has written a detailed analysis of this effort in “An Aristocracy of Critics: Luce, Hutchins, Niebuhr and the Committee That Redefined Freedom of the Press” (Yale University Press, 2020).

The two things that jumped out to me about the Commission’s membership are that the Commission consisted of only white men, almost all Protestant, and that the members did not include a single working journalist or journalism professor. The lack of racial and gender diversity might be explained by the time (there was one woman on the staff), but how do you justify the fact that only academics in disciplines other than journalism were invited to be on this blue-ribbon group?

It would be the functional equivalent of a group formed to look at whether the United States Supreme Court needed to be “redefined” that did not include a single federal judge and not a single practicing lawyer or law professor. And there was frustration with the Supreme Court in that era for consistently striking down New Deal legislation proposed by President Franklin Roosevelt and passed by the Democratic Congress.

A financial benefactor such as Henry Luce could easily have bankrolled a similar study of whether the Court should be expanded in number or whether the justices should be subjected to set terms. In fact, such a project was recently initiated by President Biden, and its experts include legal and other scholars, former federal judges, and practicing lawyers who have appeared before the Court, as well as social justice advocates.

Although the Commission’s 13 members lacked active journalists and journalism professors, it included various “intellectual superstars”: Robert Hutchins, chairman; Zechariah Chaffee, vice-chairman; John M. Clark; John Dickinson; William E. Hocking; Harold Lasswell; Archibald MacLeish; Charles Merriam; Reinhold Niebuhr; Robert Redfield; Beardsley Ruml; Arthur Schlesinger, Jr.; and George N. Shuster (former managing editor of Commonweal). Professor Bates does a superb job of bringing these individuals to life. These were men not used to working in collaboration and not used to having their opinions questioned by others. It is truly remarkable that despite vigorous debate and disagreement through the process, the group came together around the final report without major dissent from any individual. 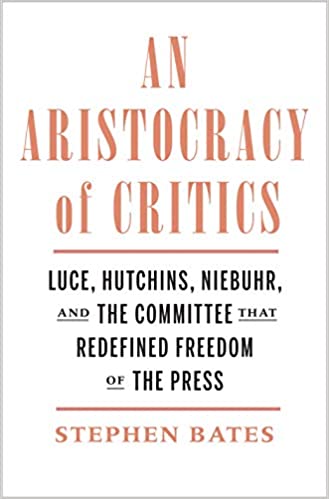 Thoughts of prosecution and regulation of the press

Bates chronicles the many ways that the criticism of the news media then mirrors some of the critiques we see now — one of the Commission members railed against “the lying press” and another claimed they were “enemies of the state.” That’s straight from the playbook of Richard Nixon (referring to the press as the “enemy” during a taped conversation with the Chairman of the Joint Chiefs of Staff in February 1971) and Donald Trump (calling the press the “true Enemy of the People” in a tweet in October 2018). And the FDR Department of Justice apparently seriously considered charging The Chicago Tribune, a virulent critic of President Roosevelt, with treason and sedition. Presidents Trump and Nixon were not the only ones at war with the media.

The Commission seriously considered recommending government regulation of the press but ultimately that position was abandoned as unconstitutional, if not unworkable. The tension between those who thought democratic discourse was so vital that the state must leave it alone and those who thought it was so vital that the state must regulate it dominated discussions. One recommendation that has endured for decades without ever being fulfilled is for the establishment of a press council to serve as a body that could objectively investigate and reach conclusions about whether or not the media had violated ethical principles or treated people unfairly.

Press councils exist in several democratic countries such as the United Kingdom, India, and Denmark. They sometimes were formed as an alternative to government regulation, and it was in that context that the Commission recommended it. However, despite efforts to establish press councils or similar groups since 1947, there are currently no press councils operating in the United States.

The press and civic knowledge

Another theme that resonated within the Commission and is highly relevant today is the role of the media in educating the public so they can make informed decisions about elections and policies. This social interest in truth 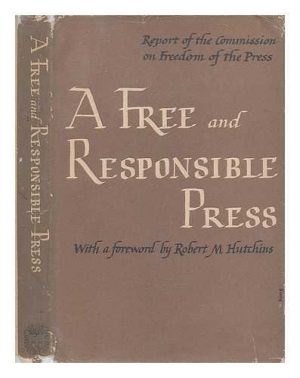 and civics education is playing out in new ways as we see the 1940s’ dangerous factors revived in today’s partisan climate: tribalism; partisan media; conspiracy theories; suppression of unpopular speakers; and misinformation and disinformation. Both Thomas Jefferson and Justice Louis Brandeis argued that for our American democracy to work, we needed full participation of an educated citizenry. The role of the press in providing truth and education about our constitutional liberties cannot be overstated. Yet research today clearly shows the civic knowledge of the people is in decline.

Obviously, the landscape of the press has changed dramatically in the 74 years since the Commission issued “A Free and Responsible Press.” Except for a handful of daily newspapers with a national readership, the print media has cratered. Ad revenue has almost completely dried up. The new platforms that dominate the dissemination of information are the Facebooks and Twitters of the world. Perhaps we need a new Commission — this time with diverse people and backgrounds — to set forth the guiding principles for a redefined freedom of the press in a digital era. Count me in for that endeavor.

Judge Robert Lasnik is a Senior United States District Judge in Seattle. Judge Lasnik is a graduate of Brandeis University and obtained a Master’s in Journalism from Northwestern University and a law degree from the University of Washington. He was the Chair of the Washington State Bench Bar Press Committee’s “Fire Brigade” which addressed conflicts between the media and the courts over access issues. He also chaired the Ninth Circuit’s Public Information and Community Outreach Committee. Judge Lasnik was appointed by President Clinton in 1998 and served as chief judge of his district from 2005-2011.