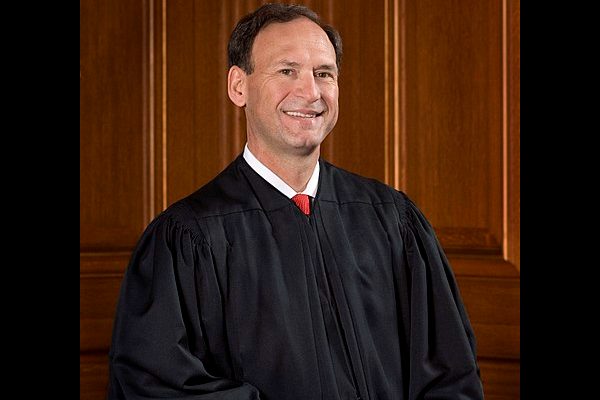 [D]ebate on public issues should be uninhibited, robust, and wide-open, and that it may well include vehement, caustic, and sometimes unpleasantly sharp attacks on government and public officials.

By its plodding measures, the Court has come a long way since the days when it barred the public from taking notes during oral arguments — this during the Rehnquist Court era. The Court’s views on the need for decorum have thus changed over the years. Even so, there was the long-standing practice of disallowing the release of audio recordings until after the oral arguments had concluded. Thankfully, COVID-19 and streaming allowed the public to hear the Justices’ words in real-time — and the decorum of the Court survived.

Lately, the Roberts Court’s conservatives have drawn public criticism for their purported abuse of the “shadow docket,” as Professor William Baude tagged it in 2015 in his foreword to the New York University Journal of Law & Liberty. Last month in his testimony before the Senate Committee on the Judiciary, Professor Stephen Vladeck offered a detailed critique of the Court’s seemingly partisan use of that docket.

Such criticisms did not go unnoticed by the Justices, some of whom felt the need to go public in defense of the majority’s use of its “shadow docket.” Perhaps sensitive to such attacks, Justice Amy Coney Barrett, speaking last month at the University of Louisville’s McConnell Center, was emphatic when she declared that the Justices were “not a bunch of partisan hacks.”

Then came Justice Samuel Alito who spoke publicly, directly, and boldly in response to his critics: “The catchy and sinister term ‘shadow docket’ has been used to portray the court as having been captured by a dangerous cabal that resorts to sneaky and improper methods to get its ways,” he said. “This portrayal feeds unprecedented efforts to intimidate the court and to damage it as an independent institution.”

Only a few weeks earlier, and also in a speech delivered at Notre Dame University, Justice Clarence Thomas cautioned judges “with lifetime appointments” against venturing beyond their modest judicial roles.  To do so was “asking for trouble,” he said.

In his wisdom, Justice Alito has seen fit to speak openly and harshly of critics. He thus willfully thrust himself into the public limelight. Given that, it is certainly fair to ask what would normally be unheard-of: In the spirit of the First Amendment and civic education, would the Justice be open to debating one of his critics? For example, would he debate Professor Vladeck?  Such a televised debate — dignified, of course — might be held at the National Archives or at the National Constitution Center and might be moderated by a respected and fair broker. Having cast his judicial robes aside to speak publicly, Justice Alito should, respectfully, be willing to debate publicly.

Given the way things now stand, it may well be too late in the day to return to the time when the legitimacy of the Court turned, in part, on the Justices staying above the fray. While the Chief Justice and some of his colleagues may silently disapprove of Justice Alito’s brazenness, realist Court watchers have come to understand that the ideal judicial world of which Justice Stephen Breyer speaks is just that — a fantasy world. And while he fiddles in that fantasy world, his Rome burns.

Times and traditions change, and what was unthinkable yesterday has become pardonable today. Thus, if Justice Alito wishes to enter into the rough-and-tumble of the marketplace of ideas by speaking publicly, he should also be willing to debate in that arena.

This from an Associated Press news story:

“Using government to ban ideas, even those we disagree with, is . . . counter to core American principles — the principles that help drive social progress” said Evan Feinberg, executive director of the Koch-affiliated Stand Together Foundation.

This from another Associated Press news story:

Wisconsin public schools would be prohibited from teaching students and training employees about concepts such as systemic racism and implicit bias under a Republican bill the state Assembly passed Tuesday on a party line vote.

The measure would also have to pass the state Senate before it would head to Democratic Gov. Tony Evers, who almost certainly would veto it. The bill has no Democratic co-sponsors, but they don’t have the votes to stop it in the Legislature.

Wisconsin’s proposal follows a national trend of Republican-controlled legislatures moving to thwart certain ideas they associate with “critical race theory,” a framework legal scholars developed in the 1970s and 1980s that centers on the view that racism is systemic in the nation’s institutions and serves to maintain the dominance of whites in society.

Any person, firm or corporation who shall be guilty of printing, publishing, or circulating printed, typewritten or written matter urging or presenting for public acceptance or general information, arguments or suggestions in favor of social equality or of intermarriage between whites and Negroes, shall be guilty of a misdemeanor and subject to a fine not exceeding five hundred dollars or imprisonment not exceeding six months, or both fine and imprisonment at the discretion of the court.

We’re a national, youth-led organization dedicated to promoting freedom of the press and factual literacy among teens.

Co-founders Charlotte Hampton and Isabel Tribe (yes, she’s related) are the two young women behind that idea and that organization, Teens for Press Freedom (TPF). Those interested in press freedoms will definitely want to track the work of this national, youth-led organization dedicated to defending journalists and promoting factual literacy among youth. TPF’s mission: 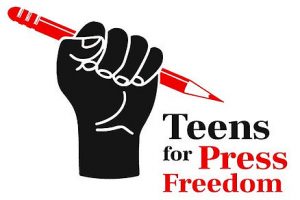 The organization — run by young women — is actively involved in advancing press freedom by way of:

THE FREE PRESS is integral to free society and democracy and must be protected at all times.

THE PRESS must remain unbiased and factual especially in times of civic division and alienation. As a potential means of political indoctrination, media must remain free to report truthfully on the goings-on of government and corporations.

AS TEENAGERS we have an obligation to consume reliable news and create an informed electorate that lives up to the expectations of the Framers of the Constitution. Without a free press and universal access to it, citizens are impeded from selecting their representatives to the best of their ability.

MEMBERS OF TEENS FOR PRESS FREEDOM should at all times advocate for the protection of a free press, news literacy, and the rights of individual journalists. They pledge themselves to uphold inalienable freedoms and defend the truth as the foundation of morality, justice, equality, unity, security, and peace.

AS CITIZENS OF THE DIGITAL AGE, teenagers must be aware of the unregulated misinformation and disinformation that plagues social media and work to spread truth as a counteraction.

AS LOCAL PUBLICATIONS LOSE FUNDING members must bring attention to the neglect of local issues. As rural areas become news deserts, the issues of the underrepresented and underprivileged are overlooked.

TEENS FOR PRESS FREEDOM STANDS FOR the unimpeded transfer and circulation of information within and between nations. Members pledge themselves to combat the censorship of the press in the country and community to which they belong and throughout the world whenever possible.

TEENS FOR PRESS FREEDOM DECLARES that the protection of news media is imperative to bridging political divides. News literacy is especially crucial to Generation Z as we come of age alongside degraded trust in mainstream media, rampant misinformation and disinformation, fake news, and inconsistent perceptions of reality

→ Amanda Bennett (former director of the Voice of America, an investigative journalist, and Pulitzer Prize-winning author) and Liesl Schillinger (she worked at The New Yorker for more than a decade and writes frequently for The New York Times Book Review) serve on the group’s advisory board.

Hefner also had a lifelong interest in film censorship issues and supported teaching about them at the University of Southern California for 20 years. His deep commitment to these values was confirmed when the author was granted unrestricted access to over 3,000 personal scrapbooks, which Hefner had kept in order to track free speech and press issues during his lifetime.

The format of the book is an homage to the in-depth conversational interviews Hefner pioneered as the editor and publisher of Playboy magazine. Stuart Brotman conducted in-person interviews with eight persons who in their lifetimes have come to represent the “greatest generation” of free speech and free press scholars and advocates. 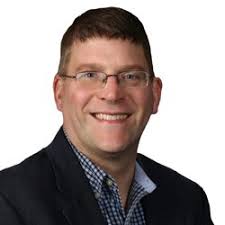 Fifty years ago, the U.S. Supreme Court reasoned that the state of California could not criminally punish Paul Robert Cohen for wearing a jacket bearing the words “Fuck the Draft” in a Los Angeles County courthouse. Justice John Marshall Harlan II began his majority opinion with the memorable line: “This case may seem at first blush too inconsequential to find its way into our books, but the issue it presents is of no small constitutional significance.” Fifty years later, the Court addressed another case involving a speaker who used the f-word multiple times in what some might view as trivial expression. But, as in Cohen, the Court delivered another significant free-speech victory in Mahanoy Area School District v. B.L., ruling that a public school could not impose discipline upon one of its students for posting a fusillade of f-bombs on social media.

In Mahanoy, the Court limited the ability of school officials to police student social media expression that is posted off-campus. The Court not only addressed student social media expression but also reaffirmed the vitality of the Court’s seminal student speech decision in Tinker v. Des Moines Independent Community. School District. However, the decision leaves much room for future litigation to flesh out the broad parameters of the Court’s ruling.

Part I of this article provides a brief overview of the Court’s previous rulings on public school student speech in the K–12 context. Part II discusses the Court’s decision in Mahanoy. Part III outlines some unanswered questions from the Mahanoy decision. 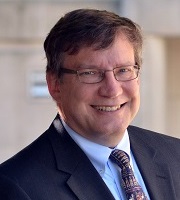 At one level, AFPF turns on intricate questions about the proper level of judicial “scrutiny” to be applied, what that scrutiny then requires, and ultimately, what state interests might justify compelled disclosure of donors to and members of various nonprofit organizations. But the case was decided against the background of our social media and “cancel culture,” and the questions they raise: What does it mean for Americans to be held “accountable” for peaceful, lawful speech? Should Americans who express views different from our own be “punished” by boycotts, threats, and harassment? And most important for the Court, under what circumstances can government compel Americans to provide their adversaries with the information needed to harass them, and what protections do Americans have when the government itself may be the potential perpetrator of harassment in an effort to squelch views uncongenial to that government?

Part I of this article traces the modern legal development of the right to privacy in speech and group association. Part II reviews the political background against which the AFPF litigation took place. In part III I discuss the litigation itself, and in part IV I consider claims that AFPF was merely a “stalking horse” for eviscerating campaign finance laws. A brief conclusion follows.