All this week, FIRE is featuring the winning essays from our 2017–2018 Free Speech Essay Contest.

Bodies Upon the Gears

On December 2, 1964, over a thousand students gathered outside of Sproul Hall on the campus of the University of California, Berkeley. They listened intently to the speech of their leader, Mario Savio, as he urged them to “put your bodies upon the gears [of the machine]… to make it stop.” He was referring to the university, whose speech policies severely restricted the use of campus space for political activities. The school had previously disciplined Savio and other student activists for speech code violations, so the student body staged a massive sit-in inside Sproul Hall in support of their classmates’ rights.

Just a few hours into the sit-in, university officials and the California governor authorized police to arrest students. Police stormed Sproul Hall, dragging out and arresting nearly eight hundred students, including Savio. Disgusted by the state’s brutal reaction to civil disobedience, university faculty pressured officials to change the university’s speech code. On January 4, 1965, the Free Speech Movement of the University of California, Berkeley held its first legal rally on the steps of Sproul Hall, sparking a nationwide movement of student sit-ins and protests. 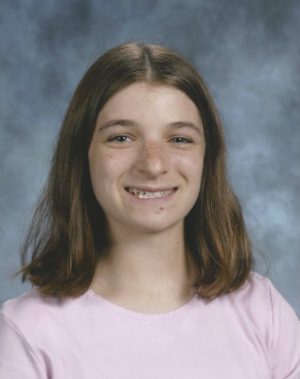 Today, many of the students and faculty at the University of California, Berkeley hold a very different view of free speech. When campus Republicans invited controversial Breitbart editor Milo Yiannopoulos to speak to students, over one hundred faculty members attempted to convince university officials to disinvite him. The resistance to Yiannopoulos grew, culminating in violent riots largely instigated by outside anti-fascist agitators. Security concerns which arose from these riots ultimately resulted in the cancellation of the speech.

Berkeley is not the only campus community that has experienced the suppression of constitutional free speech. Over the last few decades, anti-bullying and pro-diversity sentiment has swept the country, compelling college students, faculty, and administrators to advocate for speech codes that prevent people in historically marginalized groups from experiencing discrimination. In fact, a November 2015 poll conducted by the Pew Research Center revealed that forty percent of millennials, aged eighteen to thirty-four, believe that limiting offensive speech is acceptable.

Nowhere is this shift in attitude about free speech more evident than on college campuses. The Foundation for Individual Rights in Education (FIRE) has reported that about forty percent of American colleges and universities have embraced speech policies that censor controversial speech. While campus policymakers enact these speech codes for the purpose of protecting minorities from offensive speech, such policies often stand in violation of the First Amendment. One of the most prevalent policies is the implementation of “free speech zones.” For instance, Blinn College, a public college in Texas, implemented a speech code which designated a small, remote section of campus as the sole location in which students may publicly express their beliefs. The school’s speech code also mandated that student protesters receive approval for pamphlets, signs, and other materials well in advance and confine their lawful demonstration to the designated space. In February 2015, police threatened to arrest a student for protesting outside of the “free speech zone” and failing to receive “special permission” to hold up signs and circulate a petition. With the help of FIRE, she sued the college. A federal District Court ultimately declared Blinn College’s speech code unconstitutional in the case Sanders v. Guzman, argued in 2016.

According to FIRE, only public colleges must fully adhere to constitutional speech requirements; however, private institutions may be contractually bound to support free expression if they include this in their student conduct policies. Whether or not they are bound to protect speech, educational institutions have an obligation to their students to expose them to diverse perspectives and engage them in civil discussions. America’s future depends on these students’ ability to consider all beliefs and opinions when making important decisions. When colleges implement restrictive speech codes, they risk quelling ideas that will bring positive change to our country.

In addition to preventing dialogue about important issues, censorship also leads students to believe that their patterns of thinking are the only ones worth protecting. However, this ignores the fact that many ideas which are now central tenets of our democracy began as unpopular, radical ideas. Civil rights, women’s suffrage, even abolition — all were once unpopular viewpoints. They became popular through movements that changed hearts and minds. This change in attitude may not have come to fruition had educational or governmental institutions prevented these movements’ leaders from speaking because their perspectives made people uncomfortable.

Furthermore, if today’s educational institutions implement restrictive speech policies, they risk setting a dangerous precedent that may ultimately justify more blatant forms of censorship in the future. As stated by the dean of the University of California, Berkeley Law School and the author of “Free Speech on Campus,” Erwin Chemerinsky, “There is no way to empower a government or campus administration to restrict speech without allowing for the possibility that tomorrow, it will be our speech that is restricted.”

Fortunately, FIRE has successfully protected constitutional free speech through congressional testimony, legislative advocacy, direct lawsuits, and collaboration with campus officials. Bringing transparency to campus speech violations has resulted in their steady decline over the past nine years, with recent FIRE reports indicating a decline in the percentage of colleges with severely restrictive speech codes from 49.3% to 39.6% between 2015 and 2017.

However, there is still work to be done. Students, faculty, and citizens alike must stand up for free speech within the schoolhouse gates. We can do this by pressuring elected officials to support free speech legislation, withholding donations to schools that limit free speech, voting for representatives who support students’ rights, and teaching young people to respect opposing viewpoints.

In the fifty-three years since Mario Savio delivered his “Bodies Upon the Gears” speech at the University of California, Berkeley, sentiment regarding free speech has changed significantly. Yet, our responsibility to defend free speech on college campuses is just as important now as it was during the tumultuous 1960s.