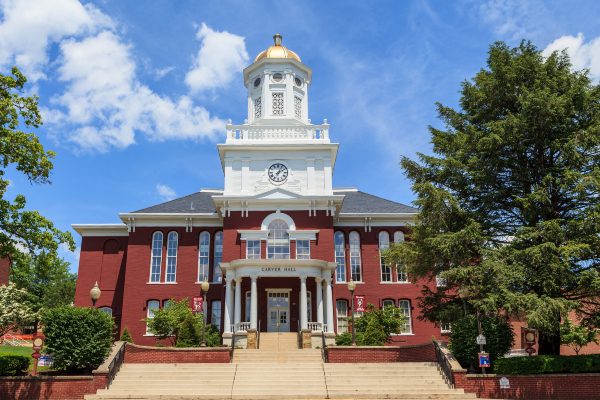 BLOOMSBURG, Pa., June 1, 2021 — After Bloomsburg University of Pennsylvania disbanded its entire Greek life system without due process, the Foundation for Individual Rights in Education says: not so fast. Today, FIRE calls on the university to reinstate its Greek life system and respect student due process rights by allowing any group accused of misconduct a fair hearing.

“Bloomsburg wrongly served as judge, jury, and executioner for 17 student groups whose only crime is having Greek letters in their name,” said FIRE Program Officer Zach Greenberg, author of FIRE’s letter. “Its decision to unilaterally punish innocent students for conduct they did not commit amounts to guilt by association — an egregious practice that has no place at any institution of higher education.”

The decision stems from an attempt to address several recent incidents of misconduct. Bloomsburg President Bashar W. Hanna sent a letter to the Fraternity and Sorority Life community in January warning that any “future significant violation of Greek specific rules or Code of Conduct violations will result in the cancelation of the entire FSL community at Bloomsburg University.”

Despite these concerns, Bloomsburg officially rescinded its recognition of all 17 Greek chapters on campus on May 13, alleging that there were repeated incidents of misconduct. At least one sorority, Phi Iota Chi, has no recent history of misconduct and was not facing any allegations of misconduct when it was unilaterally disbanded.

“Our vast network of alumni has stood by our active sisters through the years and continues to do so as we respectfully request that the university reconsider this blatantly unfair action which makes it impossible for our organization to exist either on or off campus,” Phi Iota Chi told FIRE. “We hope that the university will respect the constitutional and due process rights of all its students, including those who belong to Greek organizations.”

Not only did the Bloomsburg administration proclaim the entire FSL community guilty by association, but it also denied Phi Iota Chi due process. This is contrary to the promises of both the Fourteenth Amendment, which applies to Bloomsburg as a public university, and the university’s own Student Code of Conduct. The code states that student groups must receive written notice of any alleged violations and are also entitled to a hearing before being sanctioned. Neither of these rights were afforded to Phi Iota Chi before the group was disbanded.

“Bloomsburg would rather sacrifice its students’ rights than go to the trouble of giving the chapters a fair hearing,” said Greenberg. “Students’ rights may not be discarded by public universities bound by the U.S. Constitution, and Bloomsburg’s own policies recognize the administration’s unjust actions. We call on the university to reinstate Greek life and restore its students’ rights immediately.”