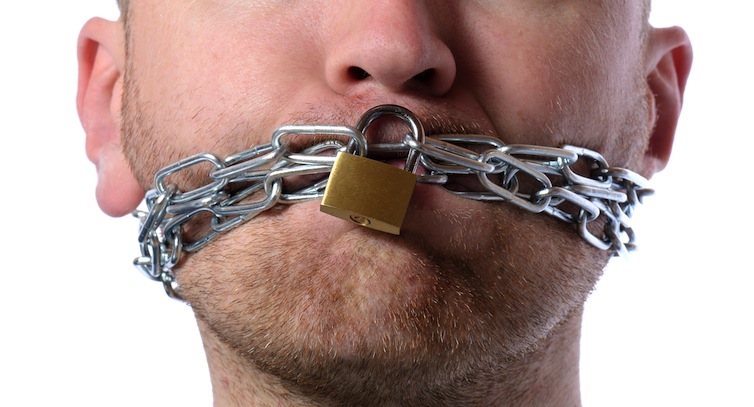 Commentator and attorney Glenn Greenwald penned an excellent blog entry last week for The Guardian (UK) on the danger of banning hate speech.

Greenwald’s piece is prompted by an issue outside of FIRE’s purview—he’s critiquing fellow Guardian contributor Jason Farago’s praise for Najat Vallaud-Belkacem, France’s Minister of Women’s Rights, who recently called upon Twitter to censor anti-gay and racist speech in accordance with French hate speech laws. But even though Greenwald isn’t discussing student speech on American campuses, his sharp warning against granting the majority and the state the power to define what expression may and may not be voiced is important and necessary. Here’s a representative excerpt:

That’s what always astounds and bothers me most about censorship advocates: their unbelievable hubris. There are all sorts of views I hold that I am absolutely convinced I am right about, and even many that I believe cannot be reasonably challenged.

But there are no views that I hold which I think are so sacred, so objectively superior, that I would want the state to bar any challenge to them and put in prison those who express dissent. How do people get so convinced of their own infallibility that they want to arrogate to themselves the power not merely to decree which views are wrong, but to use the force of the state to suppress those views and punish people for expressing them?

The history of human knowledge is nothing more than the realization that yesterday’s pieties are actually shameful errors. It is constantly the case that human beings of the prior generation enshrined a belief as objectively, unchallengably true which the current generation came to see as wildly irrational or worse….

There’s no scientific formula for determining what is “hate speech”. It’s inherently subjective. Every comment section on the internet – involving endless debates about which ideas should and should not be banned – proves that…. [N]obody has a lock on what ends up on the list of “hateful” and thus criminalized ideas.

Greenwald echoes the crux of the case for freedom of speech articulated by J.S. Mill in On Liberty:

We can never be sure that the opinion we are endeavouring to stifle is a false opinion; and if we were sure, stifling it would be an evil still … All silencing of discussion is an assumption of infallibility … However unwillingly a person who has a strong opinion may admit the possibility that his opinion may be false, he ought to be moved by the consideration that however true it may be, if it is not fully, frequently, and fearlessly discussed, it will be held as a dead dogma, not a living truth.

Check out Greenwald’s thoughtful and powerful argument in full.