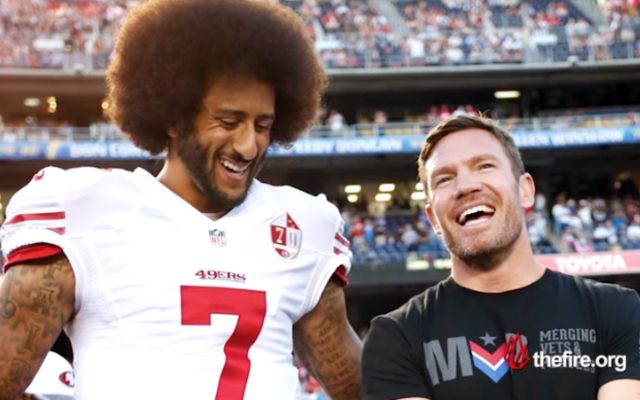 In the television ad, former NFL player and U.S. Army Green Beret Nate Boyer speaks about standing up for Colin Kaepernick’s right to take a knee during the national anthem. The ad is part of FIRE’s ongoing “Faces of Free Speech” campaign promoting free speech and the value of talking across lines of difference. It will run on broadcast television in the Buffalo, Los Angeles, and Washington, D.C., media markets.

“We don’t always have to like how people choose to express their freedoms,” says Nate Boyer in the ad. “That’s what freedom of speech is: the right to speak out. That’s what we fought for.”

Click HERE or on the image below to watch the ad.

“Nate and Colin may not have agreed, but they both know that it’s better to try to find common ground than to shut down the conversation,” said FIRE Executive Vice President Nico Perrino. “This is what free speech is all about—standing up for everyone’s right to speak, even when you disagree with them.”