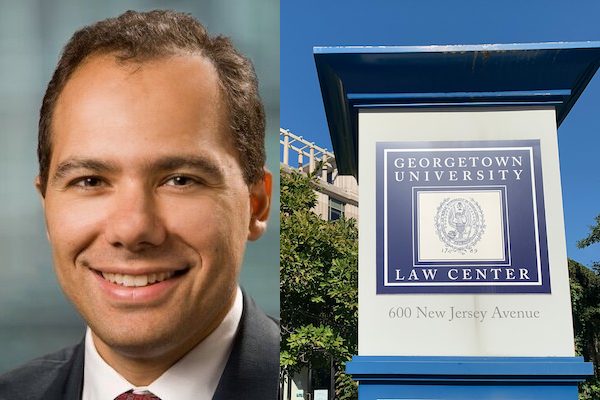 After a more than four-month investigation that led to his reinstatement last week, Ilya Shapiro resigned today from Georgetown University Law Center.

On June 2, Shapiro was reinstated as senior lecturer and executive director for the Georgetown Center for the Constitution after a 122-day investigation — which began before Shapiro started his first day on the job. Georgetown investigated Shapiro after he tweeted that Sri Srinivasan, chief judge of the U.S. Court of Appeals for the District of Columbia Circuit, would be President Biden’s “best pick” for the Supreme Court. He continued: “But alas [Srinivasan] doesn’t fit into latest intersectionality hierarchy so we’ll get lesser black woman.” Shapiro’s “lesser black woman” phrasing gained considerable attention on Twitter and within the Georgetown community, and led Georgetown Law Dean William Treanor to denounce the tweet as “appalling” and “at odds with everything we stand for at Georgetown Law.”

Although Georgetown was correct to reinstate Shapiro, its initiation of an investigation transgressed its purported commitment to “the untrammeled expression of ideas and information.” Investigations of protected speech produce a chilling effect. Moreover, Georgetown, in its stated justification for reinstating Shapiro, made little effort to defend these principles, making clear that it is not interested in protecting the expressive rights of faculty and students with dissenting viewpoints. For this reason and more, Shapiro’s decision to resign from Georgetown is readily understandable — indeed, his resignation letter is mandatory reading for anyone interested in FIRE’s issues.

As Shapiro said in his resignation letter, Georgetown investigated him for four months when the situation “apparently could’ve been resolved by looking at a calendar.”

When Georgetown reinstated Shapiro, it said that university policies did not apply to him when he tweeted on Jan. 26, as his employment was to begin Feb. 1. The university reasoned it could not punish him for tweets made when he was not a university employee. As Shapiro said in his resignation letter, Georgetown investigated him for four months when the situation “apparently could’ve been resolved by looking at a calendar.” Georgetown’s investigation was primarily calendar based, concluding just days after its academic calendar ended — and just days after commencement, when the majority of students left campus for the summer.

Although Georgetown says it did not make a finding as to whether Shapiro violated university policy, given that the policies do not apply because he was not yet employed, Dean Treanor’s findings letter and email to law school alumni label Shapiro’s comments “harmful” and “antithetical to the work” of Georgetown Law. Additionally, according to Shapiro, the university investigative report said that regardless of the “effect” of Shapiro’s tweets, if he were to “make another, similar or more serious remark as a Georgetown employee, a hostile environment based on race, gender, and sex likely would be created.”

In making this determination, Georgetown effectively told Shapiro he must either toe the company line and keep dissenting opinions to himself or face another investigation and possible sanction. As Shapiro said in his resignation letter:

On this theory, all sorts of comments that someone—anyone—could find offensive would subject me to disciplinary action. This would be a huge Sword of Damocles over my head as I try to engage in my educational mission.

Shapiro additionally cited examples of Georgetown professors’ remarks on matters of public concern that drew attention and ire. None of these professors, however, were investigated or punished, demonstrating disparate treatment by the university.

To be clear, no professor should be investigated or punished for subjectively offensive but protected expression, and Georgetown was right to refrain from responding to these speakers by invoking formal processes. However, Georgetown has clearly applied its free expression policies in an inconsistent manner, based on ideology rather than adherence to its own stated principles. In FIRE’s experience, inconsistent treatment of freedom of expression leads to consistent censorship, stifling speech across the ideological spectrum.

The backlash grows over Georgetown Law’s decision to suspend and investigate Ilya Shapiro.

Even his sharpest detractors are lining up to do what Georgetown’s administration is unwilling to do: defend his right to “untrammeled” expressive freedom.https://t.co/u13hLMqiLG

Since day one, FIRE has advocated for Shapiro’s right to free expression at Georgetown. We wrote to Georgetown arguing that because the university promises faculty members free expression, it cannot investigate or punish them for exercising that right. By investigating Shapiro for four months and then clearing him not due to the university’s free expression commitments, but due to a technicality — and suggesting the tweets could have been actionable had Shapiro already been in the school’s employ, and that future similar tweets will be actionable — Georgetown has proven it is not committed to protecting free expression for students or faculty. This has certainly caused a chilling effect, and members of the Georgetown community will surely think twice before expressing a viewpoint with which others may disagree.

Although Georgetown managed to reiterate in its email to alumni and its findings letter that it has free speech-protective policies, the university and law school have failed to show they are committed to free expression in practice. This is disappointing but unsurprising. Unless Georgetown quickly reverses course and makes clear to students and faculty that it will defend the rights of those with divergent viewpoints at the university, then those who dissent on vital issues will continue to be chilled in expressing their views.