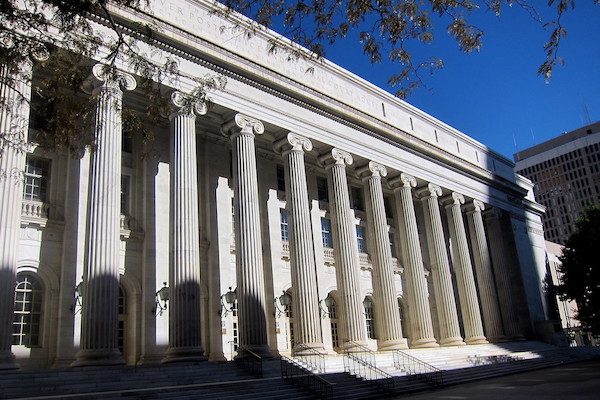 In June, the Supreme Court explained in Mahanoy Area School District v. B.L. that courts should be skeptical when public grade schools attempt to regulate off-campus speech, lest school administrators control “all the speech a student utters during the full 24-hour day.”

The Court’s ruling has direct implications for another pending case involving a Colorado high school student who was expelled for an off-campus, after-hours Snapchat post. Before Mahanoy was decided, the U.S. District Court for the District of Colorado dismissed the student’s claims that his First Amendment and due process rights had been violated, granting the school broad power to regulate student speech regardless of where or when it is uttered.

On Sept. 16, FIRE — joined by the Cato Institute — filed a brief of amici curiae in the case of C1.G v. Siegfried, in support of the student’s appeal in the U.S. Court of Appeals for the Tenth Circuit, which could become the first federal circuit to rule on a public school’s regulation of off-campus speech since Mahanoy.

Testing the limits of Mahanoy

On the night of Friday, Sept. 13, 2019, a Cherry Creek High School student, referred to in court documents only as C.G., took a picture of three of his friends in a thrift store while they sported headwear, including a hat that (to him) resembled foreign military garb circa WWII. Posting the photo on Snapchat for his circle of friends, C.G. added a caption based on a popular online meme: “Me and the boys bout to exterminate the Jews.” C.G. removed the post and apologized online within a few hours (“I’m sorry for that picture it was ment [sic] to be a joke”), but not before a classmate who saw the photo showed it to her father, who called the police, who then responded to C.G.’s house and determined there was no threat against anyone. 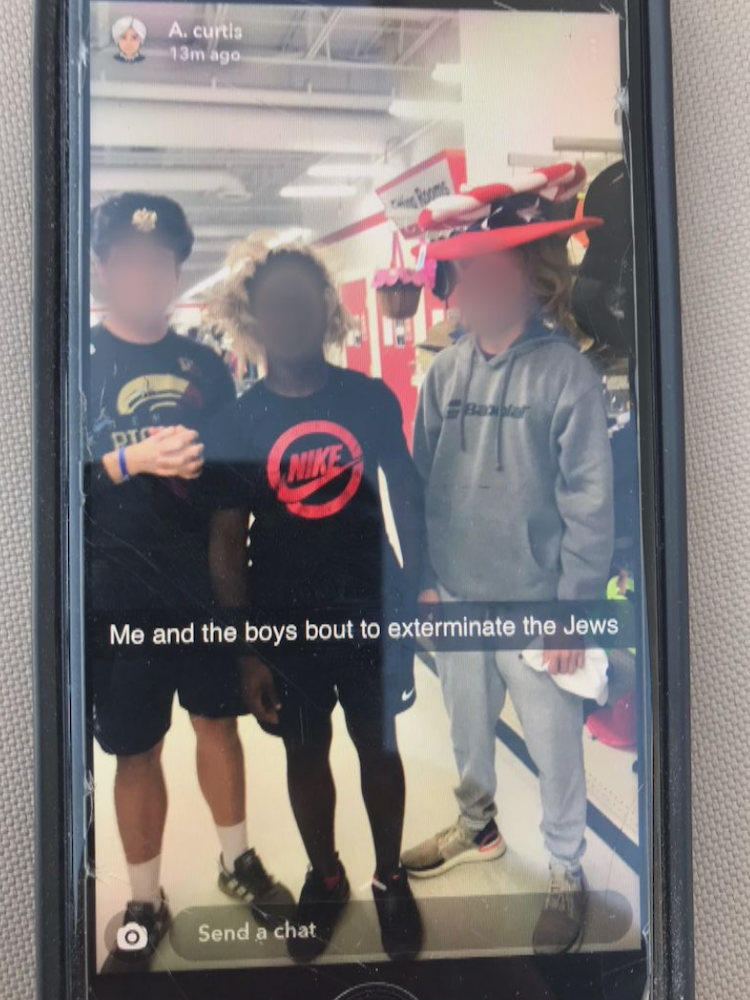 The student was expelled in October 2019 after posting a photo to Snapchat with the caption "Me and the boys bout to exterminate the Jews."

When officials at Cherry Creek got wind that members of the local community had taken offense to the post, they suspended C.G. for five days, then another five, then an additional 11 days, before ultimately expelling him for a full year. When C.G. and his parents later sued, the district court dismissed the complaint, ruling there was no First Amendment or due process violation as a matter of law.

The district court’s ruling is directly at odds with the Supreme Court’s reasoning in Mahanoy. Like B.L., the student cheerleader in Mahanoy, C.G. posted on social media after school hours, off-campus, and not as part of any school program — all of which diminish any leeway the First Amendment may otherwise permit to grade schools to regulate student speech. C.G. did not even reference the school or its programs in his post, as did B.L. when she wrote, “[f]uck school fuck softball fuck cheer fuck everything.”

As FIRE notes in its brief, “Mahanoy all but disarms K-12 officials from disciplining off-campus speech that is not directed at any student, teacher, or administrator or otherwise lacks any nexus to the school.”

Even before Mahanoy, more than 50 years of jurisprudence on student speech required reversal of the district court’s decision. In 1969, the Supreme Court made clear in Tinker v. Des Moines Independent Community School District that school officials cannot punish speech simply because they anticipate unpleasantness or discomfort among a student body. As reiterated this year in Mahanoy, Tinker held that administrators may only regulate student speech that creates a concrete threat of substantial disruption to school activities. There was no evidence of that here.

Justice Alito likewise cautioned in his Mahanoy concurrence that even if “speech is deeply offensive to members of the school community and may cause a disruption, the school cannot punish the student who spoke out,” adding that, “the school may suppress the disruption, but it may not punish the off-campus speech that prompted other students to engage in misconduct [emphasis added].”

However, the district court justified its dismissal of C.G.’s First Amendment claim in part by calculating the possibility of disruption based on how deeply speech offends.

In our brief, FIRE advised the Tenth Circuit panel that “[a]llowing the decision below to stand will only worsen the problem of censorship in both the K-12 and collegiate contexts by ratifying an impermissible heckler’s veto.” In its more than two decades of advocating for civil liberties, FIRE has seen more than its fair share of school officials use the discomfort of others to justify the sacrifice of free speech.

Should the lower court ruling stand, “students would rationally but mistakenly conclude that they must self-censor everywhere, lest they cause offense to others.”

As explained in Mahanoy, America’s public schools are “nurseries of democracy,” with a strong interest in protecting the “marketplace of ideas.” Indeed, the majority opinion explicitly reminded schools that they not only have a responsibility to respect students’ First Amendment rights, but are tasked with fostering an environment that actually encourages students to value free speech.

This is no less the case for Cherry Creek, even though C.G. was joking. Discharging that duty may have been a harder pill for Cherry Creek officials to swallow had C.G. expressed actual anti-semitic sentiment. (If anything, he appears to have been lampooning Nazis and anti-semites, given the absurdity of his friends’ appearances.) But here, especially once C.G. apologized, it should have been an easy decision to make the experience an opportunity for learning instead of punishment.

School officials and the wider community have their own right to condemn a speaker’s words — “more speech” is the remedy the First Amendment envisions for unwelcome expression. But punishing merely offensive speech, as Cherry Creek did, wrongly conveys to students that their words are undeserving of constitutional protection. FIRE pointed out to the Tenth Circuit that, should the lower court ruling stand, “students would rationally but mistakenly conclude that they must self-censor everywhere, lest they cause offense to others.”

Compounding Cherry Creek’s failure to follow the Constitution, the school also neglected to provide C.G. due process in expelling him. We argued in our brief that the school’s failure to notify C.G. of all but one charge against him deprived him of the opportunity to mount a meaningful defense to his suspension, and that officials gave him no opportunity at all to respond to subsequent, harsher punishments. On top of this, despite the long-established rights explained in Tinker, Cherry Creek refused to even consider whether the First Amendment barred them from punishing C.G. for his post in the first place.

FIRE weighed in on Mahanoy, in which the Supreme Court delivered a win for student speech and cabined its decision from applying to higher education. The concerns that animated that case are equally present here. As we cautioned in our brief: “Because tomorrow’s college students attend today’s grade schools, and because courts often misapply K–12 precedent to speech restrictions involving college students, the resolution of this case could resonate on campuses across the country for years to come.”

This could present the first opportunity for a circuit court to rule on a case involving off-campus online student speech following Mahanoy, and we will keep you all posted on the outcome.