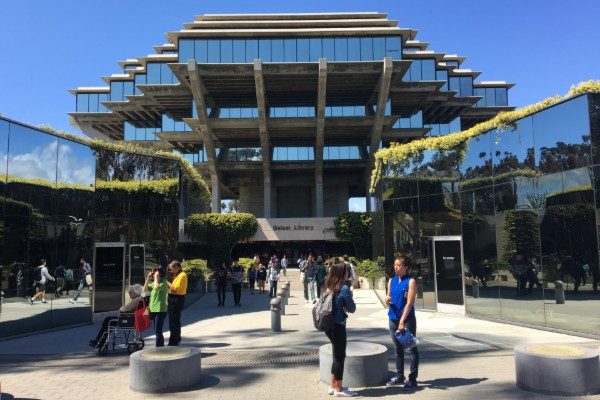 In a major victory for student press rights, the United States Court of Appeals for the Ninth Circuit today reversed a lower court’s dismissal of a First Amendment lawsuit brought by The Koala, a satirical student newspaper at the University of California, San Diego.

After The Koala published a 2015 article satirizing “safe spaces,” the public university’s administration sought a “creative legal solution.” The First Amendment prohibited the university from censoring the controversial student newspaper — so the student government defunded all of UCSD’s student media outlets.

UCSD’s unconstitutional gambit ignited criticism from a chorus of First Amendment experts, including FIRE. As we explained in a December 2015 letter, the student government’s decision to shut down student media funding because of The Koala’s content presented a clear case of unconstitutional viewpoint discrimination.

In May of 2016, The Koala filed a First Amendment lawsuit — The Koala v. Khosla — with the help of the ACLU of San Diego and Imperial Counties to challenge the student government’s novel attempt at censorship. But in a deeply flawed March 2017 opinion, the lower court agreed with the university, finding that the pool of student fees for media organizations was a “limited public forum” — a term of art in First Amendment jurisprudence — and holding that the university could close this forum at will, even in a blatant attempt to silence a particular paper’s viewpoint.

FIRE criticized the district court’s opinion and joined with the Cato Institute to file an amicus brief with the Ninth Circuit. (Our brief was filed by Jean-Paul Jassy and Kevin L. Vick of Jassy Vick Carolan LLP, and we remain grateful for their generous assistance.) We were in good company there, as the Student Press Law Center (together with a veritable phalanx of media rights organizations) also filed an amicus brief.

In today’s decision, the Ninth Circuit reversed the district court’s dismissal, finding that UCSD’s censorship of The Koala infringed the Free Press Clause of the First Amendment. While government actors generally have “broad discretion in granting or denying subsidies,” they can violate the First Amendment “by withholding benefits for a censorious purpose.” Here, the Ninth Circuit found that The Koala’s satirical article was “clearly protected” speech, and noted the existence of “unusually compelling” charges that the university had acted with discriminatory intent.

“Today, the Ninth Circuit made clear that UCSD’s attempted end-run around the First Amendment flatly violated student press rights,” said Marieke Tuthill Beck-Coon, FIRE’s Director of Litigation. “Points for creativity, but UCSD should have listened to FIRE way back in 2015 when we told them that shutting down all student media outlets just to shut up The Koala was unconstitutional. The Ninth Circuit’s landmark ruling is a powerful reminder to public university administrators nationwide: You can’t silence students just because you don’t like their sense of humor.”

We are sensitive to the challenges facing educational institutions seeking to steer a difficult course between free expression and civil discourse. Nevertheless, we are equally mindful of [the] fact that, in the university setting, “the State acts against a backdrop and tradition of thought and experiment that is at the center of our intellectual and philosophic tradition.” Rosenberger, 515 U.S. at 835. . . . Because we further conclude that The Koala’s complaint adequately states claims for violations of the Free Press Clause, the Free Speech Clause, and First Amendment retaliation, we vacate the district court’s order granting the second motion to dismiss and remand for further proceedings consistent with this opinion.

The majority’s opinion, as well as a concurrence by Judge Raymond C. Fisher, are below. We’ll have more analysis about this decisive victory for students’ First Amendment rights in the days to come.