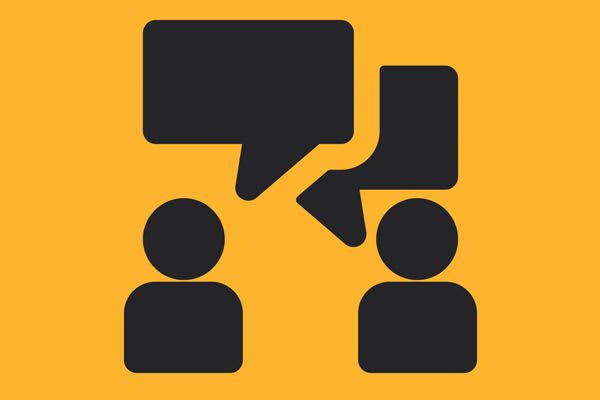 These policies are problematic because a student who engages in consensual sex may be found guilty of sexual assault simply by being unable to prove that he or she obtained unambigious consent to every sexual activity throughout a sexual encounter.

An increasing number of colleges and universities have adopted affirmative consent policies governing how campus disciplinary proceedings will determine whether a sexual act was consensual in an effort to combat sexual assault on campus. But these policies threaten fundamental fairness by enforcing standards against accused students that are often vague and/or overbroad, and may lack the details necessary for students to comply. Indeed, many such policies are, for all practical purposes, impossible to follow.

No way to prove consent

It is difficult, absent some kind of recording, for an accused student to be able to demonstrate that he or she received a verbal or other explicit “yes” for a sexual encounter even when consent was, in fact, given. Because many policies require the indications of consent during sexual activity to be “continuous,” or that explicit consent be given for every stage of every sexual encounter (though what constitutes a “stage” is seldom defined), even a written acknowledgment that a person wishes to have sex, such as a text message or the use of a smartphone application to record consent, may not serve as sufficient proof that a party received consent to sexual activity. This leaves those accused of sexual misconduct under “affirmative consent” policies with no way to prove that they actually obtained consent from their partner or partners. As one court put it, under an affirmative consent policy, “the ability of an accused to prove the complaining party’s consent strains credulity and is illusory.” Mock v. University of Tennessee at Chattanooga, No. 14-1687-II (Tenn. Ch. Ct. Aug. 10, 2015).

“Your guess is as good as mine.”

For example, California’s 2014 affirmative consent law requires California’s public and private university and college students to obtain verifiable, “ongoing” affirmative consent throughout the course of a sexual encounter. It is impossible to tell from the bill’s wording how often students must pause to receive explicit consent in order for the consent to qualify as sufficiently “ongoing” and thus for the sexual activity to be consensual.

How might a student accused of nonconsensual sex demonstrate his or her innocence? Students left guessing about exactly how to prove receipt of affirmative consent are not alone. In response to this very question, the statute’s co-author, Assemblywoman Bonnie Lowenthal, said at the time, “Your guess is as good as mine.”

As the bill was pending back in 2014, FIRE’s Joe Cohn criticized the legislation in The Hill:

[T]his so-called “affirmative consent” bill ushers government into the dorm room and shifts the burden of proof to the accused, who must now prove she or he obtained continuous and ongoing consent for each sexual activity. In The New Republic, Batya Ungar-Sargon astutely noted that the bill “proposes to declare a large swatch of normal activity criminal (drinking before sex, reading/sending signs instead of verbalizing request/consent).” Litigation will surely result as already confused administrators muddle through a sexual minefield far beyond their competence.

Students are also doing a lot of guessing in New York, where their sex lives have been regulated by a state law regarding affirmative consent since 2015.

FIRE traveled to New York City in October of that year, just after the bill passed, to ask random college students what they knew and thought about their state’s law. If their answers are any indication, many students engaging in consensual sex in New York are just an accusation away from being unjustly found guilty of sexual misconduct.

After the initial passage of the law, there was significant confusion and skepticism about the new law among New York City students, particularly as to its vague requirement about intoxication:

The text of the law says that “depending on the degree of intoxication,” a student might not be able to consent. How drunk is too drunk?

“It’s a gray area,” said one student. “It’s hard to tell whether you’re too drunk, or whether they’re too drunk.”

But, “[t]he question that stumped students the most was how they would prove they had consent if accused of sexual assault.”

“Oh my gosh. Well I think that’s really difficult because it ends up being your word against the other person’s,” said another.

One student in particular summed up the concern that the law simply doesn’t reflect how sex works in the real world:

“I’m not gonna have everyone I sleep with sign a document saying, ‘Yes, I consent to having sex with you.’”

Under the affirmative consent standard, where one must be able to demonstrate that consent was ongoing at each step of a sexual encounter, even that might not be enough.

You can watch the full series of interviews here:

Those familiar with American law’s fundamental principle of “innocent until proven guilty” may notice that affirmative consent standards effectively flip this principle on its head, leaving accused students guilty unless they can prove themselves innocent. Such a standard amounts to an abandonment of the principles of fundamental fairness in campus tribunals.

And some influential groups have also expressed reservations about using the standard off campus, for precisely that reason.

In 2016, the membership of the American Law Institute (ALI) voted overwhelmingly against amending ALI’s Model Penal Code (MPC) to include an “affirmative consent” standard in its section on sexual consent. The MPC is an influential, decades-old attempt to standardize common state criminal laws across the United States, and has been adapted for use, at least in part, by most of the 50 states.

That vote came less than a week after a large number of ALI members wrote a letter urging ALI to reject the affirmative consent standard, on the grounds that it unfairly shifts the burden of proof to an accused party to prove his or her innocence.

“Whether it is a burden of going forward, a burden of proof, a burden to establish an affirmative defense or something else,” the ALI members wrote, “the defendant has been burdened to disprove guilt.

Thankfully, in June 2021, ALI members again voted to reject the continued effort to amend the MPC to adopt an affirmative consent standard.

ALI wasn’t the only organization to reject affirmative consent. In 2019, after opposition from the National Association of Criminal Defense Lawyers and others, the American Bar Association (ABA) rejected a resolution urging legislators and courts to adopt affirmative consent standards in “sexual assault cases,” and instead, amended it to urge those bodies to acknowledge “the Constitutionally-guaranteed presumption of innocence, or the burden of proof, which at all times remains on the prosecution to prove every element of an offense…”.

The path forward on affirmative consent

So where do we go from here?

Advocates and policy-makers alike would be wise to recognize that although it may be sound public policy to adopt curriculums and programming that teaches students the benefits of better communication between potential sexual partners, importing the affirmative consent standard into campus adjudications has broader legal ramifications.

Encouraging students to respect each others’ boundaries and to only engage in sexuality that is consensual falls well within the educational mission of institutions. It is only when definitions of consent flip the burden of proof onto the accused during adjudications that there is a problem. If educational institutions want to change culture around sexuality, they may do so through education, but cannot sacrifice the civil liberties of accused students in pursuit of that goal.

When it comes to defining consent for the purposes of adjudications, school policies should make clear that sexual contact without consent is prohibited, and that individuals who don’t respect boundaries communicated to them or who pursue sexual activity with anyone who lacks the capacity to provide consent are in violation of campus policy and subject to discipline. Along these lines, institutions should be clear that a person who is not of legal age to offer consent, unlawfully coerced, who is unconscious, or otherwise incapable of understanding the nature of the activity or communicating their objections, cannot offer consent. Campus policies should also clarify that if all parties to a sexual interaction are in this same incapacitated state during a sexual interaction, they will be treated equally, regardless of their gender.

You can read more in FIRE’s Guide to Due Process and Campus Justice. And if you have been found guilty of sexual misconduct for consensual sex solely because of the application of an unjust affirmative consent standard, please consider submitting your case to FIRE.