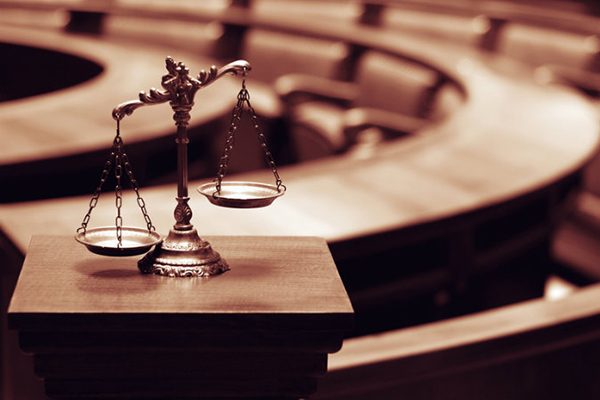 The college you attend holds a tremendous amount of power over your life. Administrators’ choice of whether to grant you a degree, or whether to place a mark on your transcript saying that you have committed a serious disciplinary offense, can have a dramatic impact on your future.

What many people don’t realize, however, is that colleges often decide whether to suspend or expel students with very little of what lawyers refer to as due process — the set of rules and procedures that the authorities must follow in order to ensure that the decisions they make are fair and just. On our nation’s campuses, students accused of serious offenses are often denied the opportunity to have a meaningful hearing, are denied access to evidence in their cases, and/or are unable to confront the witnesses against them. Depending on the type of school (public or private), the school’s policies, and applicable state law, this may be illegal.

The right to due process is grounded in the Fifth Amendment to the U.S. Constitution, which provides (among other things) that no one may “be deprived of life, liberty, or property, without due process of law.” Because this “Due Process Clause” constrains government actors, and state colleges and universities are government actors, this means that students at state universities have constitutional due process rights that their universities cannot violate in the course of conducting student disciplinary proceedings.

So what does this mean? In the 1975 case of Goss v. Lopez, the Supreme Court of the United States held that public school students facing even a short suspension — 10 days or less — are entitled to notice of the charges against them and the opportunity to present their side of the story. Cases involving longer suspensions or expulsion, the Court held, may require yet “more formal procedures.”

So at a bare minimum, a public university cannot suspend or expel a student without giving that student notice and an opportunity to be heard. But in many cases, due process requires even more than that — especially now that colleges and universities regularly try students not only for things like plagiarism and cheating, but also for nonacademic misconduct that may also constitute criminal behavior (like sexual assault, for example).

So where does this leave due process rights for students at private universities?

At private universities, students’ rights are primarily contractual. In many states, university handbooks actually create a contractual relationship between students and their universities. This means that while private universities have broad discretion to adopt whatever procedures they want for deciding campus conduct cases, they must, generally speaking, follow those procedures. For example, if a university’s student handbook promises students five days’ notice before a hearing, but gives a student only one day, that university may have breached its contract with the student.

Spotlight on Due Process

Despite the importance of procedural fairness, most U.S. colleges and universities hold disciplinary proceedings that are manifestly unfair. According to FIRE’s latest Spotlight on Due Process report, colleges and universities across the country are failing to afford their students due process and fundamental fairness in their disciplinary proceedings. These institutions investigate and punish offenses ranging from vandalism and housing violations to felonious acts of sexual assault, handling many cases that are arguably better left to courts and law enforcement. But their willingness to administer what is effectively a shadow justice system has not been accompanied by a willingness to provide even the most basic procedural protections necessary to fairly adjudicate accusations of serious wrongdoing.

In November 2018, the Department of Education’s Office for Civil Rights proposed new federal regulations that would require schools to provide many procedural safeguards in sexual misconduct cases. At the time of this report’s publication, those regulations were expected to be finalized in late 2019. If the regulations are enacted as proposed, a fairer status quo might be on the horizon. But for now, most institutions of higher education maintain disciplinary policies and procedures that fail all students involved.

In 2017, for the first time, the Foundation for Individual Rights in Education rated the top 53 universities in the country (according to U.S. News & World Report) based on 10 fundamental elements of due process. Our findings were troubling; the vast majority of institutions lacked most of the procedural safeguards we looked for in written policies. In 2018 and this year, we assessed the same institutions, but slightly adjusted our criteria in order to better capture the varied ways that universities adjudicate misconduct cases.

Again, as in the past two years, our findings are dire:

FIRE has publicly led the fight to restore due process on our nation’s campuses by highlighting abuses and bringing the attention of media, lawmakers, and the public to the problem. With this report, we hope to make clear to students, administrators, and due process advocates across the country how badly reform is needed, and what kind of changes could benefit campus communities most.

There is much work to be done to support due process on campus. Disappointingly, FIRE did not see a significant change overall in the safeguards the rated universities guarantee students from 2017 through this year. Despite accused students filing hundreds of lawsuits alleging unfair treatment by their institutions—including several institutions rated for this report—more is needed to spur our nation’s universities to adopt policies that provide a fundamentally fair process to students. Students and others who care about procedural rights should demand that colleges and universities take the necessary steps to protect those rights.

FOR MORE ON DUE PROCESS

“Since 2011, there have been more than 400 lawsuits brought in federal and state courts by accused students alleging they were denied a fair process in campus sexual misconduct adjudications. At public universities, these cases typically include a claim, like the one here, that the university violated the accused student’s constitutional due process rights. As these cases work their way through the courts, the law surrounding universities’ due process obligations continues to evolve.

While courts have historically been reluctant to interfere in matters of internal college discipline, that traditional deference has begun to change as colleges increasingly adjudicate claims not just of academic misconduct but also of a quasi-criminal nature. As one federal judge recently wrote, there is a serious question as to “whether this context—wherein a [student] is accused of conduct which may form the basis for criminal prosecution—changes the…calculus” in a way that requires a university to provide accused students with more robust due process protections.”

“Brandeis appears to have substantially impaired, if not eliminated, an accused student’s right to a fair and impartial process. And it is not enough simply to say that such changes are appropriate because victims of sexual assault have not always achieved justice in the past. Whether someone is a “victim” is a conclusion to be reached at the end of a fair process, not an assumption to be made at the beginning. Each case must be decided on its own merits, according to its own facts. If a college student is to be marked for life as a sexual predator, it is reasonable to require that he be provided a fair opportunity to defend himself and an impartial arbiter to make that decision.”

“As teachers responsible for educating our students about due process of law, the substantive law governing discrimination and violence, appropriate administrative decision-making, and the rule of law generally, we find the new sexual harassment policy inconsistent with many of the most basic principles we teach. … Harvard has adopted procedures for deciding cases of alleged sexual misconduct which lack the most basic elements of fairness and due process, are overwhelmingly stacked against the accused, and are in no way required by Title IX law or regulation.”

“Any woman who is raped, on campus or off, deserves a fair and thorough investigation of her claim, and those found guilty should be punished. But the new rules—rules often put in place hastily and in response to the idea of a rape epidemic on campus—have left some young men saying they are the ones who have been victimized. They are starting to push back. In the past three years, men found responsible for sexual assault on campus have filed more than three dozen cases against schools. They argue that their due process rights have been violated and say they have been victims of gender discrimination under Title IX. Their complaints are starting to cost universities.”