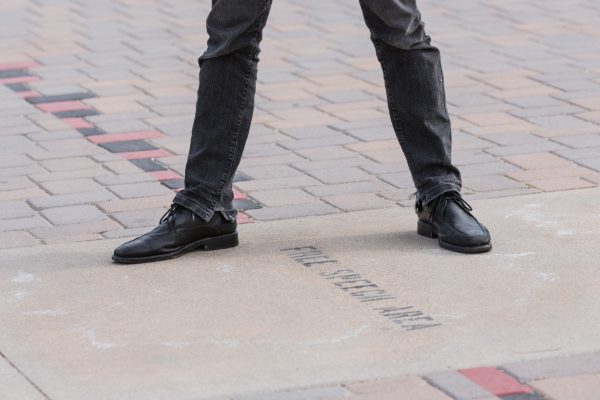 Too often, colleges and universities maintain policies that limit student and faculty demonstrations and other expressive activities to small and/or out-of-the-way areas on campus — so-called “free speech zones.” The idea of a “free speech zone” might sound appealing in theory. But in practice, these zones function more like free speech quarantines, banishing student and faculty speakers to outposts that may be tiny, on the fringes of campus, or (frequently) both.

Worse still, students who wish to use free speech zones often have to comply with onerous requirements. For example, they may have to register an event with administrators weeks in advance, or adhere to strict time limits on their expressive activity. And by treating campus expression as something to be hidden, regulated, and monitored instead of encouraged and celebrated, colleges and universities that exile expressive activity to “free speech zones” teach students the wrong lesson about life in our liberal democracy.

As government actors, public colleges may lawfully impose reasonable “time, place, and manner” regulations on campus expressive activity like speeches, protests, or literature distribution. But courts have been very clear that any such regulations must (1) be viewpoint- and content-neutral, (2) be narrowly tailored in service of a significant governmental interest, and (3) leave open ample alternative channels for expressive activity.

In other words, a college or university could ban the use of amplified sound near dorms after 10 p.m., or prohibit students from protesting in a way that blocks roadways or the ability of others to exit or enter campus buildings. In both of those cases, the university’s regulation is reasonable, is generally applicable regardless of the viewpoint expressed, is narrowly tailored in service of a significant governmental interest, and leaves students with other means to express themselves.

In contrast, there’s nothing “reasonable” about most free speech zones. For example, Modesto Junior College in California required students to request administrative permission to use the school’s tiny free speech zone (described by one administrator as a “little cement area”) at least five days in advance, and would only allow each student to use the zone for eight hours per semester. It took a federal First Amendment lawsuit coordinated by FIRE to change the policy. 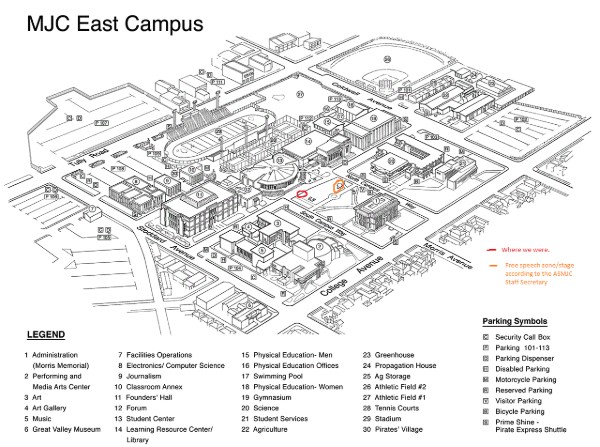 And, below, a photo of the actual cement slab. 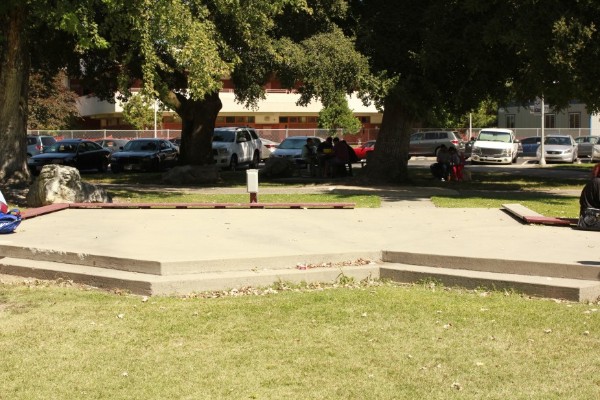 Similarly, Valdosta State University in Georgia abandoned its free speech zone only after FIRE intervened. Until the policy revision, Valdosta State had limited free expression on its entire 168-acre campus to one small outdoor stage. What’s more, Valdosta State had allowed students to use the stage only between the hours of noon and 1 p.m. and 5 to 6 p.m., and even then only on weekdays — hardly the “reasonable” time, place, and manner restrictions permitted by law.

As these lawsuits demonstrate, free speech zones are often outrageous. (After all, Americans largely think of the entire country as a “free speech zone.”) The good news is that FIRE has made significant progress in the fight against them.

Thanks in part to our successful lawsuits, FIRE’s annual survey of college and university speech policies indicates that fewer campuses maintain free speech zones each year. In 2013, our research found that roughly 1 in 6 surveyed institutions quarantined expression to a free speech zone; as of December 2018, that ratio was down to roughly 1 in 10.

However, based on our interactions with students around the country, we know that the problem is far from solved. There’s still work to do. Despite being rejected by both courts of law and the court of public opinion, free speech zones may still be found at our nation’s colleges and universities. That’s where FIRE comes in: If your campus maintains a free speech zone, we want to hear about it.

In November 2016, [student plaintiff Kevin] Shaw attempted to distribute Spanish-language copies of the U.S. Constitution and recruit members for a new chapter of the student organization Young Americans for Liberty along the main campus thoroughfare at Pierce College. He was approached by an administrator who told him that he could not distribute literature outside the free speech zone, a tiny, 616-square foot area comprising about .003 percent of the total area of the college’s 426-acre campus.

Shaw was also told that he must fill out a permit application to use the free speech zone — requiring him to get a permission slip to exercise his First Amendment rights. He was informed that he would be asked to leave his own campus if he refused to comply.

The bill, called the “Free Right to Expression in Education Act,” would prohibit public institutions of higher education from quarantining free expression into small, misleadingly labeled “free speech zones” on their campuses. If enacted, the measure would free tens of thousands of public university students from these restrictive, unconstitutional zones.

Sounds suspiciously like China has been studying up on the methods employed by some universities over here in the States, because the similarities are too obvious to ignore.