FIRE > Hot Topics > What is Title IX? Its History & Implications 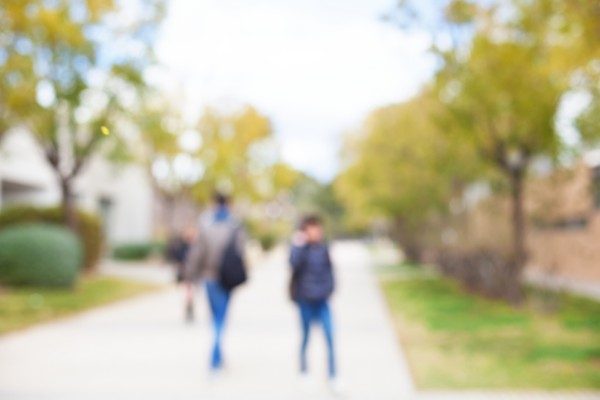 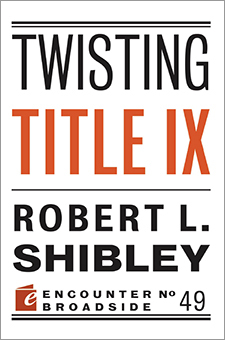 Robert Shibley's book, Twisting Title IX, explains how Title IX, a 1972 law intended to ban sex discrimination in education, became a monster that both the federal government and many college administrators treat as though it supersedes the U.S. Constitution.

If you hear talk of “Title IX” on a college campus, it’s almost certainly a reference to Title IX of the Education Amendments of 1972, the federal law prohibiting sex discrimination in federally funded educational programs. One of our nation’s most famous — and sometimes most controversial — civil rights laws, Title IX was for many years best known for its impact on college women’s athletics. But the law has other important effects on campuses as well. For example, when it was passed, it explicitly banned most forms of sex discrimination in college admissions.

Importantly, Title IX also requires colleges and universities that receive federal funding (which is virtually all of them, since federal funding includes things like Stafford Loans for students) to prohibit sexual harassment on campus. Unfortunately, in recent years, the government’s efforts to fight sexual harassment on campus in the name of Title IX have sometimes overstepped the bounds of the law and the Constitution. Between 2011 and 2020, FIRE led the fight against the erosion of free speech and due process rights on campus that resulted from the abuse of Title IX. In May 2020, the Department of Education formalized new and long-awaited Title IX regulations that included a large number of the procedural safeguards FIRE sought, and carefully balanced the rights of all students.

New, improved regulations were almost a decade in the making

On April 4, 2011, the United States Department of Education’s Office for Civil Rights issued new directives regarding how colleges and universities receiving federal funding must respond to allegations of sexual misconduct. Among the many provisions in this “Dear Colleague” letter were a requirement that schools use the “preponderance of the evidence” standard when adjudicating sexual misconduct claims, and a requirement that if a university judicial process allows the accused student to appeal a verdict, it must allow the accusing student the right to appeal as well, subjecting the respondent to a result akin to double jeopardy. Additionally, the letter discouraged institutions from allowing parties to directly cross-examine each other; as a result, many institutions chose to omit cross-examination from their procedures altogether. Because institutions rarely allowed students to be actively assisted by representatives, and because campus procedures frequently lacked the other procedural safeguards guaranteed in civil and criminal proceedings, students were left with little to protect against inaccurate findings and unjust outcomes.

What is the “preponderance of the evidence” standard, and why is it important on campus?

The “preponderance of the evidence” is a legal term that essentially means “the bare majority of the evidence,” and it may be best understood by putting oneself in the position of a juror in a courtroom trial. At a trial, a jury is presented with evidence that points toward the guilt or responsibility of the party being accused, as well as evidence that points toward his or her innocence or lack of responsibility. If you, as a juror, believe that the evidence, when taken together, weighs even very slightly in one direction, that means you believe that “the preponderance of the evidence” supports that side’s story. Another way of looking at it is that if, after considering all the evidence, you think it is 50.01% likely that one side is in the right, and 49.99% likely that the other side is, you should find in favor of the 50.01% side.

If you find this confusing at first, you are not alone. The preponderance standard represents a huge decrease in certainty from the far better-known “beyond a reasonable doubt” standard most people are familiar with from criminal trials. While many civil trials (such as those involving lawsuits for money damages) use the preponderance standard, criminal trials in the United States require that guilt be established “beyond a reasonable doubt,” which has no neat numerical formula but which is generally considered to mean a certainty level of 90% or higher that the person accused of the crime actually committed it. Many due process advocates, including FIRE, advocate for a heightened standard of proof called “clear and convincing evidence,” which requires “reasonable certainty” of guilt, thereby decreasing the risk of erroneous guilty findings while not requiring institutional prosecutors to reach the very high standard used in criminal cases. The Supreme Court has green-lighted the “clear and convincing” standard in civil cases involving “quasi-criminal wrongdoing by the defendant,” which mirrors the scenarios taking place in many college Title IX tribunals.

Here’s a quick recap of standards of proof from FIRE’s Guide to Due Process and Campus Justice:

The following different standards of proof are used by various college and university tribunals. They are defined here in the order of how difficult they are to meet, from the most to the least difficult.

Beyond a reasonable doubt: “fully satisfied, entirely convinced, satisfied to a moral certainty”

Clear and convincing evidence: “reasonable certainty of the truth … the truth of the facts asserted is highly probable”

Preponderance of evidence: “more probable than not”

Substantial evidence: “such evidence that a reasonable mind might accept as adequate to support a conclusion”

Some evidence: any evidence at all supporting the charge

The reason students should care about this issue is that even though the federal mandate that schools use the lower “preponderance of the evidence” standard in campus sexual misconduct hearings has been withdrawn, virtually every school has kept the standard at that low level — even those that required more certainty before the governmental mandate. So while a student accused of rape might be acquitted in a criminal trial before a court of law, he or she may still be found guilty or responsible by a campus court, where the panel members are not required to be very certain before finding an accused student guilty of sexual assault.

Over the next six years, FIRE advocated against these provisions and even sponsored a federal lawsuit arguing that the mandate was unlawful under the Administrative Procedure Act. On September 22, 2017, the Office for Civil Rights issued a new “Dear Colleague” letter rescinding the 2011 letter and related 2014 guidance.

The Department of Education published proposed regulations to replace the rescinded documents in the Federal Register on November 29, 2018, formally inviting the public to comment on them as required under the APA. On May 6, 2020, the Department finalized these regulations largely as proposed, including several provisions guaranteeing respondents important procedural safeguards.

The regulations include many requirements that will improve the fundamental fairness and reliability of campus Title IX procedures to the benefit of all. For example, they require institutions to provide students accused of sexual misconduct live hearings with cross-examination conducted by an advisor of choice, who may be an attorney; sufficient time and information to prepare for interviews and a hearing; and a presumption of innocence. The regulations also restore institutions’ ability to use the “clear and convincing” standard of evidence. Finally, the regulations define “sexual harassment” as it was defined by the Supreme Court of the United States in Davis v. Monroe County Board of Education (1999). This definition provides a clear path for institutions to respond to allegations of misconduct while also protecting students’ expressive rights.

Between the issuance of the 2011 “Dear Colleague” letter and the implementation of the 2020 regulations, students filed more than 230 lawsuits against colleges for allegedly conducting unfair disciplinary procedures. FIRE also sent letters to the government and to universities, wrote countless articles explaining the risk of erroneous guilty findings, and even provided congressional testimony about the problems with enforcement of Title IX on campuses. While much of our advocacy centered on the standard of evidence used, far broader due process issues were uncovered. A FIRE study conducted annually since 2017 found that college students are routinely denied even the most basic elements of a fair hearing, such as notice of what exactly they are supposed to have done, or an explicit presumption of innocence.

Following the new regulations’ enforcement deadline, FIRE analyzed policies at over 100 colleges and universities and determined that most of them had revised their disciplinary procedures in an effort to comply with the new Title IX regulations. But students facing conduct charges not governed by Title IX remain largely unprotected by procedural safeguards. In order to ensure fair, reliable results, institutions must revise the procedures applicable to non-Title IX charges as well. Of course, if they are not sure where to start or would like assistance revising their policies, FIRE would be glad to help. Institutions can use our Model Code of Student Conduct or email us at dueprocess@thefire.org to work directly with staff to write policies that respect students’ freedom of expression and provide fundamental fairness in disciplinary proceedings.

FIRE continues to assist in a variety of Title IX free speech and due process issues. Contact us with questions at fire@thefire.org.