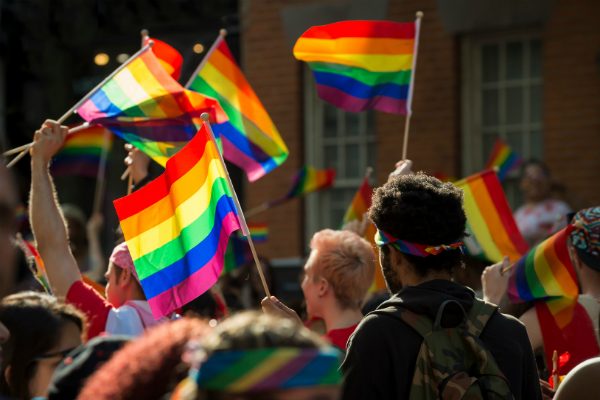 John Carroll University’s administration has canceled a student-organized annual drag show because the show might create “divisiveness” on campus. In a meeting only a few weeks before the planned event, JCU’s president announced to student leaders that the show would not be allowed to go on.

Organized by the JCU Student Union Programming Board and LGBTQA+ Allies Club as part of JCU’s diversity week, the event was intended to allow attendees to “learn a little about drag performing and the LGBT community[.]” The show drew about 250 people per year.

However, the drag show has a long and contentious history at JCU. The event was postponed in 2009 by the university administration due to its “controversial nature,” despite having been “well received” in preceding years, according to a report in the student newspaper. Last year, controversy broke out again after a viral column in JCU’s student newspaper posited that the show represented “the deviant entertainment of misguided young people.” The column prompted widespread debate about free speech and LGBTQ inclusivity on campus, as well as an administrative investigation into the author of the critical column.

During a recent meeting announcing the cancellation to student leaders, JCU President Michael Johnson explained that the decision to prohibit the drag show from taking place was linked to his intent to remain neutral in the debate, according to student activists present at the meeting. However, by canceling the drag show, Johnson isn’t being neutral — he’s taking the side of those offended by the event.

But at a school that publicly purports to respect the free expression of its students, fear of controversy is not an appropriate — or legal — reason for administrators to cancel a student-organized event. Today, FIRE wrote to Johnson, asking him to recommit to free expression and allow the drag show to go forward.

According to its Community Standards Manual, JCU counts among its central values “the inherent dignities of every individual as well as the right of each person to hold and to express one’s viewpoint.” Thus, while JCU is a Jesuit college, the institution commits itself to allowing the expression of views contrary to religious beliefs, such that “every member of the community feels that she or he can pursue her or his dream, ask her or his deepest questions, and fulfill her or his professional and spiritual ambitions.” In other words, whatever values JCU’s administration holds, it doesn’t require others to hold those same views as a condition of being a member of the JCU community, committing itself to upholding the free expression rights of students.

As our letter explains:

It is eminently reasonable for students to rely on a private institution’s promises when they choose to enroll, and we think you will agree that it is important for institutions to keep the commitments they make.

This is not only a moral obligation, but a legal duty: Private colleges, including those with a religious background, are legally bound to uphold their promises of freedom of expression. See, e.g., McAdams v. Marquette Univ., 2018 WI 88, ¶84 (2018) (private Catholic university breached its contract with a professor over a blog post because, by virtue of its adoption of the 1940 AAUP Statement of Principles on Academic Freedom, the blog post was “a contractually-disqualified basis for discipline”). This is true even where the Jesuit principles of the university, or its administrators’ concerns about disruption, are proffered to justify restrictions on student organizations.

This is not the first time in recent history that a drag show has been canceled by administrators at a Catholic university that promises free expression rights to students. In April, a student-organized drag show was similarly canceled by administrators due to potential controversy at Mount Mercy University in Cedar Rapids, Iowa, despite Mount Mercy’s claims that its students “enjoy freedom of speech and expression on campus[.]”

As our letter, below, explains, while many may find a drag show at a Catholic university deeply offensive, offensiveness to others is not a defensible reason for censorship.