FIRE > Newsdesk > The Eternally Radical Idea > Jon Rauch’s ‘The Constitution of Knowledge: A Defense of Truth’ is the most important book of 2021: The June 2021 Prestigious Awards 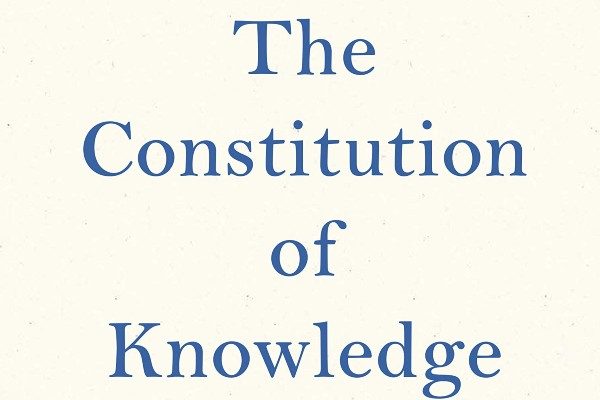 The Prestigious Ashurbanipal Award: “The Constitution of Knowledge: A Defense of Truth” by Jonathan Rauch

In perhaps the least surprising book award of the year, the recipient of my Prestigious Ashurbanipal book award for June 2021 is “The Constitution of Knowledge,” which releases tomorrow, June 22, 2021.

As everyone who knows me knows, Jon Rauch is one of my heroes, and his first contribution to this field, “Kindly Inquisitors: The New Attacks on Free Thought,” is not only one of the best books written on freedom of speech in the last 50 years, it was also the recipient of my first ever annual Excessively Prestigious Award. 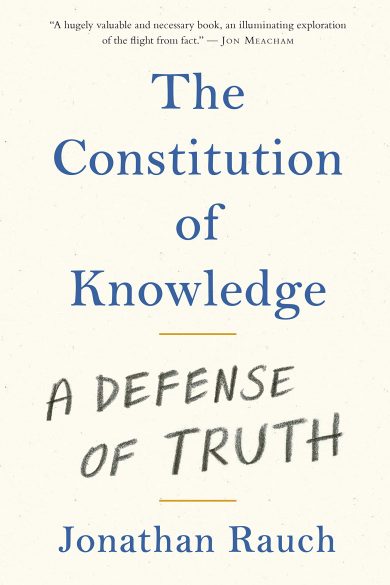 Since writing “Kindly Inquisitors,” Rauch has written a half dozen additional important books and countless articles going in depth about problems in our democracy, the way our government runs, defending gay marriage, and talking about his own troubles coming out. But I was overjoyed to hear that he was doing a follow-up to “Kindly Inquisitors.” Having read it, I sincerely believe that it is the most important book of 2021.

While I cannot do the book justice in the space here, this is my short take: Despite appearances, despite our intuition, despite our confidence, the world around us is deceptively difficult to understand. We are self-deceiving creatures, and what is called the “Enlightenment” was more the discovery of the profundity of our own ignorance and the means to manage it, as opposed to a sudden epiphany about the nature of everything. We need complex social systems for understanding the world that it is, and two of the key institutions of that system are higher education, and our fourth estate — journalism. Rauch sees a crisis as both the Trumpian right and social justice left attempt to mold the world into an image of what they think it should look like, rather than the confusing and often weird truth that reality doesn’t fit simplistic ideological assumptions.

Readers may be introduced for the first time to the work of great American thinker Charles Sanders Peirce and left with expanded understanding of the epistemological genius of James Madison. There’s a lot of heady stuff in here, much like “Kindly Inquisitors.” But unlike “Kindly Inquisitors,” this book is filled with vivid contemporary examples, debates, interviews and discussions, analyses, and it incorporates many books I adore, but also many I had never heard of. Overall, it’s enough to make this fellow writer on free speech issues green with envy.

The book officially comes out tomorrow, but if you order this week, it’ll help the book make it to The New York Times bestseller list (all pre-orders are counted as the first week of sales). If ever a book deserved to make the list, it’s this one. Let’s make it happen! 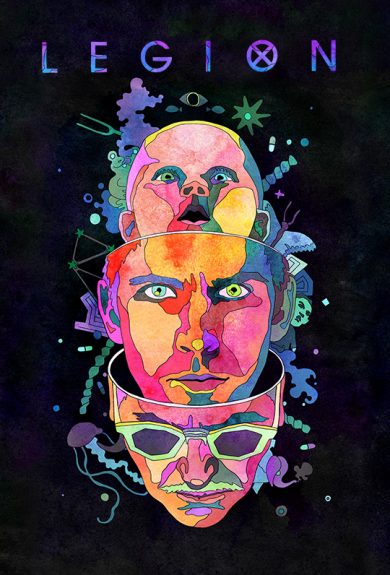 “Legion” is a three season, 27-episode television series about a character from the X-Men universe. An utterly unique one who is the son of… oh I guess I shouldn’t spoil it… let’s just say an extraordinarily powerful telepath. “Legion” represents the rational fear non-mutants have for mutants in that he is a mutant of godlike powers from telepathy to telekinesis to pyrokinesis, but is also deeply mentally ill with schizophrenia. What should society do with such a person? What does he do with himself?

The show is wonderfully strange; it even incorporates music and dance numbers and cartoons in an endlessly creative project. Sometimes it does seem like it’s being weird for the sake of weird (see: the Vermillion androids); but, if you can put up with a little bit of that, the reward is great. 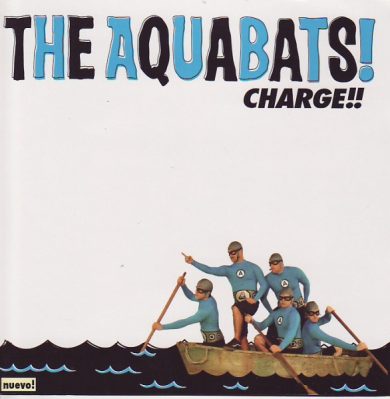 It’s a bizarre, beautiful, at times heartbreaking ride. And it turns out that Jemaine Clement, one half of Flight of the Conchords, and the voice of Tamatoa from “Moana,” makes a great villain, and he looks downright handsome with a beard.

The Prestigious Fats Waller Award: ‘Charge!!’ by the Aquabats!

If you’re starting to sense that I may have a soft spot for comedic novelty bands, I am guilty as charged. In that spirit, I recommend the 2005 hilarious sugar high of an album “Charge!!” by The Aquabats!.