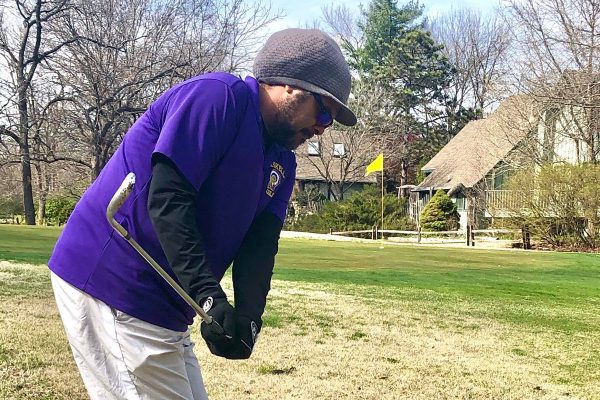 LAWRENCE, Kan., April 29, 2020 — A student was kicked out of campus housing and forced to sleep in his car after his university suspended him without a hearing. Weeks later, student Russell Parker is in temporary housing 800 miles away, and Haskell Indian Nations University is ghosting him about an appeal.

“Haskell already took away Russell’s student housing, and now they’re taking away his right to a fair hearing,” said Zach Greenberg, who authored a letter from the Foundation for Individual Rights in Education defending Parker. “What Haskell did is wrong at any time, but it’s unconscionable during a global pandemic. Haskell must provide Russell an opportunity to clear his name.”

On April 8, Parker chipped golf balls on the almost-deserted campus. He was a student-athlete on the golf team and among the students the university allowed to remain on campus during the pandemic. According to Parker and the campus incident report, a facilities employee spotted Parker’s car in a no-parking area and questioned him about his student status, asking for identification and telling Parker to play golf elsewhere. Parker, packing up his equipment, asked whether the employee was on “some kind of power trip.” As the employee drove off, he threatened to have Parker’s car ticketed and towed; Parker responded that he was “being an asshole.” The employee then dispatched Haskell’s lead security officer, who told him he could continue golfing at that location, but must move his car. Parker left after the brief interactions.

Two days later, Haskell notified Parker that he would be placed on emergency suspension due to “an incident report for violence indicating threats to one or more federal employees.” The suspension came with a recommendation for a permanent loss of campus housing, and an appeal date deadline of April 17.

Stunned, Parker replied immediately, asking to schedule an appeal as soon as possible because the sudden loss of housing would leave him homeless. The university then missed its own appeal deadline, failing to respond to Parker on the issue.

“Up to this point, I have felt completely supported by everyone at this university and now I am homeless,” he wrote to the university. “I implore you to please consider the dire position that I am in.”

“I have faced discrimination in my life, but I never thought it would happen at a place like Haskell,” said Parker. “I would very much like to tell the university my side of the story, but I cannot do so until Haskell gives me that opportunity — an opportunity I’ve repeatedly requested yet the university has refused to provide after they evicted me.”

Haskell is an educational institution operated by the federal government and bound to uphold student due process rights. According to Haskell’s own student code of conduct, all students are “entitled to due process and appeal in every instance of disciplinary action for alleged violation of Haskell expectations.”

FIRE sent a letter to Haskell on April 24, urging administrators to immediately schedule a hearing for Parker. After ignoring their own student for weeks, an administrator accidentally included a FIRE representative in an email to other university leaders about FIRE’s letter just 8 minutes after it was sent, predicting that the story would go public and suggesting that the university not respond. The email shows that the university’s first concern was its image rather than its students — and proves that the school is as careless with the reply-all button as they are with student rights.

Haskell otherwise missed FIRE’s request for a response by April 28.

“It’s shameful that Haskell’s first thoughts were about public relations, and not about the safety of the student they kicked off campus during a pandemic,” said Greenberg. “If universities take the extraordinary step of punishing students without a hearing, that hearing must be scheduled as soon as practicable. It’s been over two weeks — Haskell must immediately give Russell a full and fair chance to defend himself.”