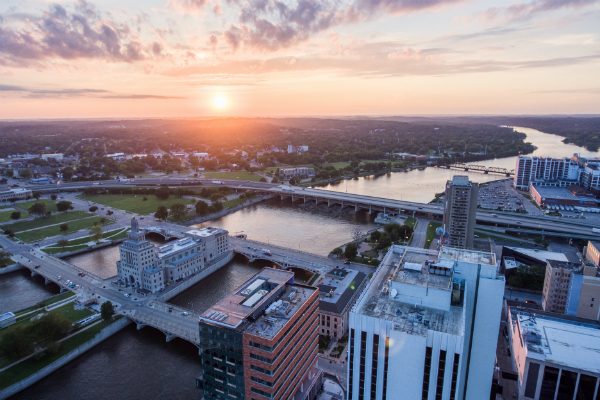 On Friday afternoon, Iowa’s Kirkwood Community College issued an internally-inconsistent statement announcing “our decision to remove” Jeff Klinzman, an adjunct faculty member, from the classroom in order to avoid the “potential impact on our learning environment.” Yesterday, FIRE wrote to Kirkwood’s leadership to explain why its constructive termination of Klinzman — which Kirkwood characterized as a “resignation” — is contrary to its obligations under the First Amendment.

The “impact” on Kirkwood’s educational environment and concerns for the safety of students apparently spring not from Klinzman’s views, but from the reactions of others to them. The college has been on the receiving end of substantial criticism from members of the public, some of it undoubtedly raising credible safety concerns: One encouraged the college to tell Klinzman “to get life insurance this week,” and another posted a photo of his house in response to a user who said he “look[s] forward to meeting” Klinzman. The furor stems from several Facebook comments made by Klinzman — including one from seven years ago — and his affirmation to a local television station that he is antifascist (“antifa”).

Consideration is being given to declaring ANTIFA, the gutless Radical Left Wack Jobs who go around hitting (only non-fighters) people over the heads with baseball bats, a major Organization of Terror (along with MS-13 & others). Would make it easier for police to do their job!

On Facebook, Professor Jeff Klinzman commented on a screenshot of that tweet, which had been shared in an “Iowa Antifa” group: 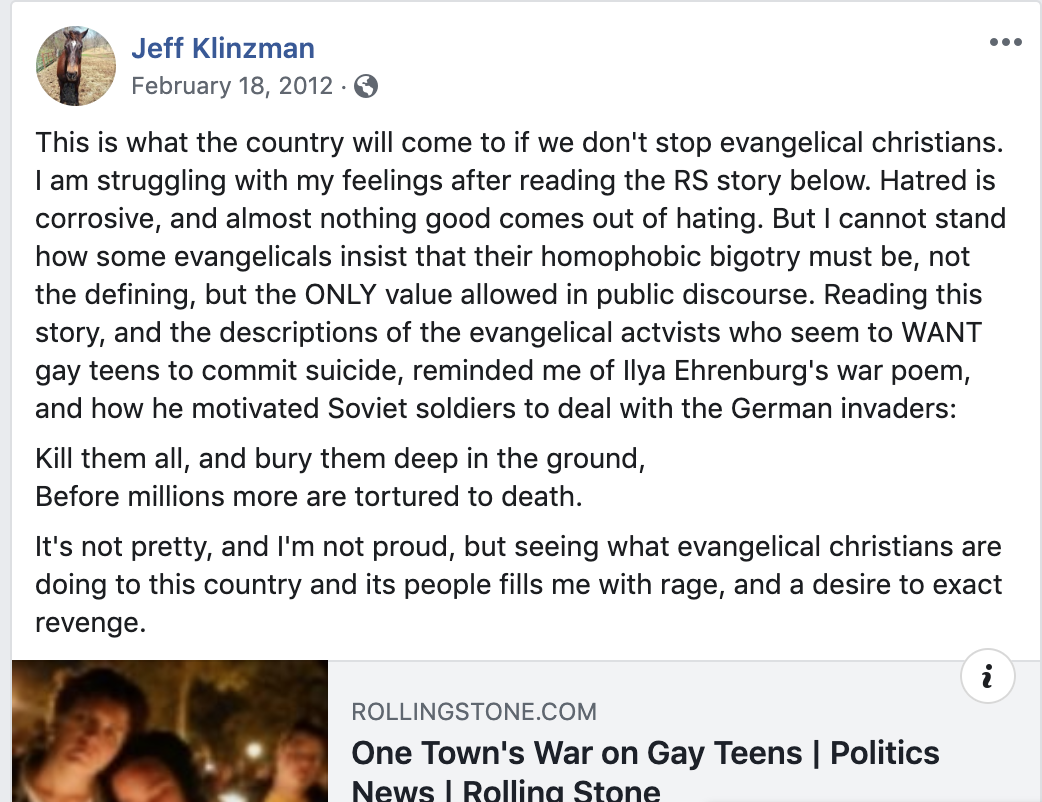 When Scheinblum reached out to Klinzman for comment, Klinzman reportedly responded: “I affirm that I am ‘antifa’.” The response is ambiguous, as “antifa” does not necessarily refer to an identifiable, discrete organization, but may instead refer to the individuals and autonomous groups that make up the constellation of groups that call themselves “antifa.”

In either event, affiliation with people or groups calling themselves “antifa” is protected by the First Amendment’s guarantee of freedom of expressive association. As our letter to Kirkwood explains:

In any case, even if “antifa” referenced a discrete and identifiable organization, the First Amendment bars the denial of “rights and privileges solely because of a citizen’s association with an unpopular organization.” Healy v. James, 408 U.S. at 185–86. If government actors could designate particular groups “having both legal and illegal aims” as unlawful, there would be a “real danger that legitimate political expression or association would be impaired.” Scales v. United States, 367 U.S. 203, 229 (1961).

In order to penalize association with an organization with both lawful and unlawful aims, the government must show both that “the group itself possessed unlawful goals and that the individual had a specific intent to further those illegal aims.” NAACP v. Claiborne Hardware, 458 U.S. at 920.

Groups identifying themselves as “antifa” may have both lawful and unlawful motives: A U.S. Attorney’s Office acknowledges that “antifa” is a “movement” that furthers its goals “sometimes by protesting events or engaging in property damage or violence.” As a result, “antifa” members cannot be penalized simply for being members, and there must be evidence that Klinzman had a specific intent to advance a particular group’s unlawful acts. Hyperbolic rhetoric doesn’t satisfy that stringent test.

As for the Facebook posts, those too are protected by the First Amendment. Klinzman’s response to President Trump’s tweet (“Yeah, I know who I’d clock with a bat…”) is remarkably similar to a draftee’s statement during the Vietnam War: “If they ever make me carry a rifle the first man I want to get in my sights is L.B.J.” That statement, the Supreme Court held in Watts v. United States (1969), was protected speech. Political rhetoric is often tinged with violent invective. Thomas Jefferson, responsible for much of the First Amendment itself, once declared that “The tree of liberty must be refreshed from time to time with the blood of patriots and tyrants.” Unless the statement is a “serious expression of an intent to commit an act of unlawful violence to a particular individual,” it’s not a true threat. Hyperbolic political rhetoric like Klinzman’s post doesn’t qualify.

Nor is Klinzman’s 2012 remark a true threat or incitement. Even if it could be understood as advocating violence (and not, as is more likely, as advocating steadfast resistance to particular political or religious views), it’s not a serious expression of an intent to undertake violence, nor is advocacy directed to and likely to result in imminent unlawful action. One way we know that is that it incited no apparent violence in the seven years since it was posted.

While many may find his speech deeply offensive, a likelihood that views may make colleagues or students deeply uncomfortable is not a sufficient justification to erode First Amendment rights. Of course, if a faculty member’s offensive expression were accompanied by evidence that he or she unlawfully discriminated against particular students, an institution would be justified in taking action. However, offensive expression alone is not a substitute for evidence of discrimination.

Our letter, below, explains these concepts in greater depth, including how the First Amendment limits the ability of public colleges and universities to penalize faculty members’ extramural expression, as well as why the college’s assertion that public safety commands its censorship is not credible: