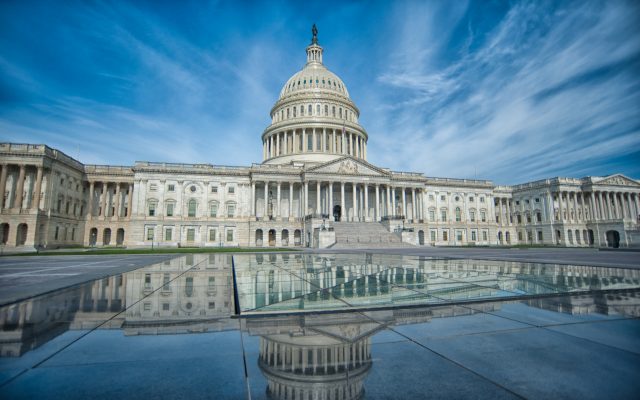 UPDATE (9:36 P.M.): Stanford’s Office of Community Standards informed Nicholas this evening that the investigation will be closed and the hold on his diploma released, belatedly determining that his email was protected expression. Stanford’s statement says that it followed “normal procedures” and “consulted with legal counsel after we obtained the relevant facts.” If “normal procedures” and review by a university attorney let an investigation into political satire proceed, something is wrong with the procedures. It should not take outrage from Twitter and a United States Senator to protect political satire at any institution of higher education of any caliber.

STANFORD, Calif., June 2, 2021 — Stanford University law student Nicholas Wallace was set to graduate this month, but his degree is now in jeopardy. After receiving a complaint about a satirical email that Wallace sent to his peers in January, Stanford launched an investigation into Wallace. His degree is now on hold while the university determines whether he violated school policies by mocking Sen. Josh Hawley, Texas Attorney General Ken Paxton, and the law school’s chapter of the Federalist Society.

The Foundation for Individual Rights in Education demanded Tuesday that Stanford release the hold and refrain from further investigation into or sanctions against Wallace. FIRE also asked Stanford to commit to screening student complaints to determine whether they involve protected speech before initiating investigations into student expression.

“That Stanford would initiate an investigation into a student for sending a satirical email to his peers would be laughable if the stakes weren’t so high for a student on the cusp of graduation,” said FIRE attorney Adam Steinbaugh. “Stanford’s investigation into satire doesn’t pass the laugh test. Satire is not defamation and no university of any caliber should investigate whether it should be allowed.”

On Jan. 25, Wallace sent an email to a student listserv, borrowing from previous emails advertising Federalist Society events, purporting to invite students to attend an event — to be held 19 days earlier, on Jan. 6 — at which two Federalist Society members, Sen. Josh Hawley and Texas Attorney General Ken Paxton, would be the keynote speakers. The event, the “Originalist Case for Inciting Insurrection,” would discuss “doing a coup” and the “classical system of installing a government.” The email further said Hawley and Paxton would discuss “violent insurrection” as “an effective approach to upholding the principle of limited government.”

Two months later, an officer of Stanford Law’s Federalist Society filed a complaint against Wallace, claiming that he had “defamed” Sen. Hawley, Attorney General Paxton, and the student group, because he “impersonated” the group and insinuated that they would promote violence. After the Federalist Society officer confirmed to Stanford administrators on May 22 that he wanted to proceed with his complaint, Stanford initiated an investigation into Wallace and put a hold on his diploma two weeks before his law school graduation. If the hold is not released, Wallace will not receive his degree as planned on June 12.

“The timing of all of this could not be worse,” said Wallace. “Instead of focusing on my finals and celebrating graduation with my classmates, I am navigating a confusing judicial process and trying to convince Stanford to lift the hold on my degree.”

In Tuesday’s letter to Stanford, FIRE explained that Wallace’s email was satirical, parodying Federalist Society events in order to criticize the group and its relationship with elected officials who supported then-President Trump’s efforts to block certification of the election. As FIRE’s letter explains, the email is protected by Stanford’s own promises of free expression and by California law. Not only did Wallace send the email 19 days after the Capitol violence took place, but he also sent it to a commentary-focused listserv and not the listserv for campus announcements that is used to promote genuine Federalist Society events. Given this context, the email was clearly satire that criticized Federalist Society leadership, not a sincere claim that Sen. Hawley and Attorney General Paxton would appear at Stanford to promote a riot.

Though a private institution and thus not required by the Constitution to protect free speech, Stanford promises free expression to its students both in its formal policies and on a website specifically dedicated to promoting the school’s free expression commitment. Additionally, a California law dubbed the “Leonard Law” bars most private colleges from disciplining students for any speech that would be protected by the First Amendment. Satire might hurt the feelings of its target, but it is protected speech under the First Amendment.

“Stanford is claiming that Wallace’s email was not protected expression under the Leonard Law, but that is simply untrue,” said Steinbaugh. “We call on Stanford to follow the law and live up to its promises of free expression so that all Stanford students, present and future, can criticize politicians and colleagues alike without fear.”

Wallace remains dedicated to defending his rights — and those of his fellow students.

“My concern now is that other students are going to see what’s happening to me and hesitate to voice their opinions on controversial political topics,” he said. “So I am going to keep fighting this with the hope that Stanford will fix their process so that no student is subjected to this kind of treatment again.”