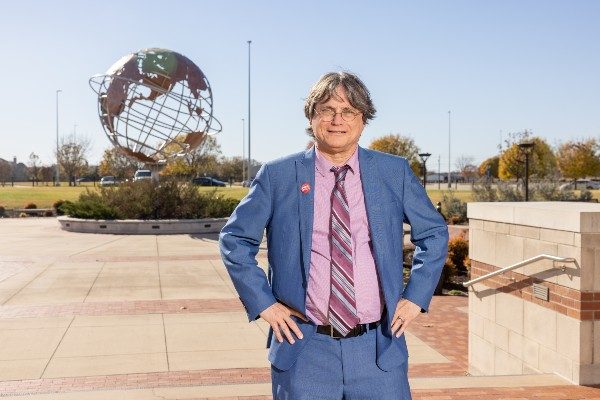 Today, history professor Michael Phillips sued Collin College, its president, H. Neil Matkin, and other university officials for violating his constitutional rights by firing him for talking about history and criticizing the college’s COVID-19 policies.

Represented by the Foundation for Individual Rights in Education, Phillips is the third professor to sue Collin College for muzzling faculty criticism, and the fourth, since January 2021, to be fired for criticizing the college’s response to the COVID-19 pandemic.

“I never dreamed I would teach at a college where I would be ordered to not share facts, particularly life-saving ones, with my students,” said Phillips. “We should model for our students how to hear speech and ideas we don’t like, skills necessary for participating in a democracy. Collin College is denying students that lesson.”

In August 2017, Collin College and Matkin began their unconstitutional campaign against the professor. Phillips, an expert in race relations in Dallas, authored an open letter in the Dallas Morning News on behalf of a group of historians, calling for the removal of Confederate monuments in Dallas. In the letter, Phillips identified himself as a professor at Collin College. As a result, administrators summoned Phillips to a meeting and told him that the letter violated college policy because it “made the college look bad,” and mentioned Phillips’s affiliation with the college.

Two years later, a Washington Post reporter interviewed Phillips to provide context for a story about a former Collin College student who targeted Mexicans in a mass shooting at a Texas Walmart. The article referred to Phillips as “a Collin College professor,” but Phillips spoke, not on behalf of the college, but in his capacity as an expert on the topic of race relations. Administrators issued Phillips an “Employee Coaching Form” for defying Matkin’s unconstitutional gag order forbidding faculty members from speaking with the media about the shooting.

In June 2020 and in August 2021, Phillips criticized the college’s response to the COVID-19 pandemic on his Facebook page. After his first post, administrators warned him, asking in a disciplinary meeting, “Do you still want to work here?” After his second, the college asked him to sign a formal reprimand.

Then, in Sept. 2021, while teaching about the history of pandemics, Phillips discussed the harm caused by anti-mask advocacy groups during the 1918-19 flu pandemic and suggested that students consider wearing masks. Administrators summoned Phillips to yet another disciplinary meeting and told him that he should never mention masks to students again.

On Jan. 28, Collin College informed Phillips — who had then-recently been named “Educator of the Year” by the East Texas Historical Association — that his contract would not be renewed. Phillips also learned that the college’s Council on Excellence, ​​a group of faculty members who evaluate faculty applying for new contracts, had approved him for a three-year contract extension. Nevertheless, Matkin and his administration chose to disregard the recommendation of their faculty and substitute their own unconstitutional motives to terminate Phillips.

COURTESY PHOTOS OF PHILLIPS FOR MEDIA USE

“Professors do not lose their ability to speak out on public issues when they work for the government — particularly when speaking to journalists about their area of expertise,” said FIRE attorney Greg Harold Greubel. “Collin College’s decision to ignore the Constitution and terminate the Educator of the Year tells you all you need to know about the state of free inquiry at Collin College — and it ain’t good.”

Public colleges violate the First Amendment rights of their professors by retaliating against them for speaking on public issues. This is exactly what Collin College, Matkin, and college administrators did to Phillips and other faculty members. In his lawsuit, Phillips challenges the constitutionality of the policies used by the college to justify his termination.

Phillips is the third former Collin College professor represented by FIRE. Former history professor Lora Burnett recently prevailed in her own First Amendment lawsuit against the school after she was fired for criticizing public officials and the Collin College administration. Under the judgment, Collin College will pay Burnett $70,000 in damages and approximately $38,000 in attorneys’ fees.

FIRE now also represents Suzanne Jones in the lawsuit she filed against Collin College in September. Like Phillips, Jones was fired for calling for the removal of Confederate monuments and for challenging the college’s COVID-19 reopening plans, among other protected activities.

COURTESY PHOTOS OF JONES FOR MEDIA USE

“Collin College is the epicenter of censorship in the state of Texas,” said FIRE attorney Katlyn Patton. “How many more lawsuits will it take, and how many more payouts will taxpayers have to shoulder, before Collin College leaders realize that the Constitution applies to them too?”

Bob Schmidt of the Crews Law Firm is serving as local counsel for the lawsuits.