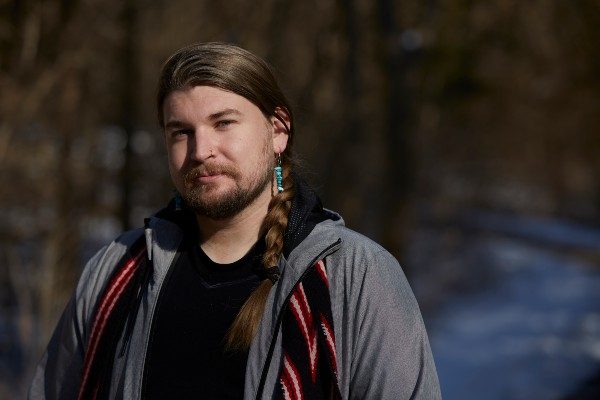 LAWRENCE, Kan., March 2, 2021 — Jared Nally is fighting for his rights — and the rights of student reporters across the country.

Nally wants Haskell Indian Nations University, a public institution operated by the federal government, to answer for the 90 days he was silenced, without any due process, under a directive that banned him from engaging in basic acts of journalism. He also wants Haskell to restore over $10,000 of funding that the university inexplicably shorted the newspaper, approve its registration as a student organization, and revise the unconstitutional policy on campus speech used to issue the directive.

Today, backed by the Foundation for Individual Rights in Education, Nally and The Indian Leader filed a federal lawsuit demanding just that.

“Joining our student newspaper gave me a voice, and unfortunately it’s going to take a lawsuit for the university to listen to it,” said Nally, editor-in-chief of Haskell’s award-winning student newspaper, The Indian Leader. “It’s important for student journalists to not only know our rights, but also our role. We exist to hold our university accountable and to inform our fellow students and community. We have a right to press freedom and to share these stories.”

In October, Haskell President Ronald Graham issued a personally signed “directive” to Nally, threatening him with disciplinary action for requesting information from government agencies and failing to treat members of the Haskell community with the “highest respect” after he published articles critical of the university.

Joined by the Native American Journalists Association and the Student Press Law Center, FIRE wrote to Haskell, demanding that the university rescind its threats and reminding university leadership that they can be held personally and financially responsible for threatening freedom of speech and freedom of the press. Graham never responded.

Nally labored under the threat of punishment for months. On Jan. 13, the Bureau of Indian Education, the federal agency that oversees Haskell and is a named defendant in the lawsuit, finally responded to FIRE. According to the bureau, Graham meant to rescind the directive after FIRE’s initial letter, but the undated letter was never sent due to an “administrative error.”

The directive highlighted an already-contentious relationship between The Indian Leader and Haskell. Administrators repeatedly ignored Nally’s requests that the administration recognize the newspaper as an official student organization. Without this recognition, the paper does not have an official adviser, cannot receive full funding, and does not have regular, reliable access to its student bank account. Haskell withheld more than $10,000 in funds from the paper without any notice or explanation.

Haskell claims to protect students’ First Amendment rights — which it is obligated to do as a public institution — but only permits speech that is consistent with Haskell’s “CIRCLE” values, like “respect.” While these values may represent laudable goals, Haskell departs from its obligations under the First Amendment by mandating that student expression comply with these vague and subjective standards.

“Haskell is making it very clear that they put institutional reputation above student rights,” said FIRE attorney Katlyn Patton. “We’re not only defending Jared’s constitutional rights, but the rights of all Haskell students, and student reporters across the country. In doing so, we’re showing public institutions that the First Amendment is non-negotiable.”

FIRE sent Graham another letter on Jan. 19, calling on him to address the code of conduct provision that violates the First Amendment. An attorney for the federal government responded, saying that the policy was “under review.” But rather than substantively respond to FIRE’s concerns, Haskell uploaded a new version of the code of conduct to its website that still unconstitutionally limits student expression.

Haskell has a history of disregarding student press rights. In 1988, administrators temporarily shut down publication of The Indian Leader following critical coverage. The next year, a faculty adviser wrested editorial control from the students, causing several editors to sue the university. Haskell settled the suit with a 1989 agreement promising not to impose any “prior restraint or censorship” on The Indian Leader, inhibit student journalists’ free expression, or refuse requests to access the newspaper’s funding.

Haskell has once again done all three — in violation of the agreement.

“History repeats itself, and if a lawsuit is what it took for Haskell to respect student rights in 1989, then a lawsuit is what they’re getting in 2021,” said FIRE Vice President of Litigation Darpana Sheth. “And if they continue to not live up to their obligations under the Constitution, that’s what they’ll get again. FIRE has the time. FIRE has the resources. And FIRE has a mission to defend student rights. We will not stop fighting.”

The lawsuit was filed in conjunction with local counsel Doug Bonney.