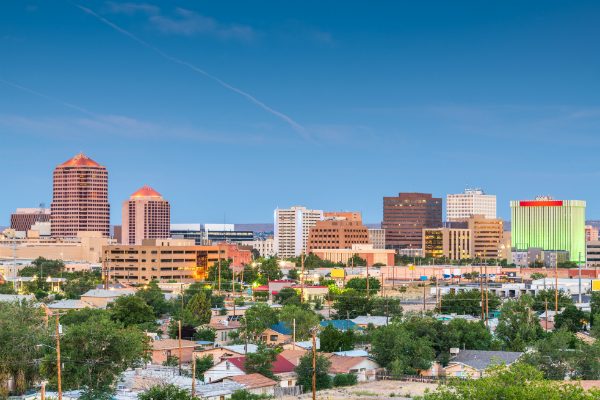 Nick Flor, the University of New Mexico professor suspended without pay after wrongly being found responsible for sexual harassment, has filed a lawsuit against the university in New Mexico state court for violating his due process rights.

I first wrote about Flor’s case last month, after Robby Soave at Reason wrote an exposé of the university’s mistreatment of the professor at UNM’s Anderson School of Management after he was blackmailed by a graduate student. From day one, UNM administrators have acted with utter disregard both for the undisputed facts of the case and for the due process to which Flor is entitled. Flor is now asking a court to remedy this injustice, and FIRE deeply hopes the court will do so.

Flor’s lawsuit details how he struck up a “flirtatious” and ultimately “explicit” email relationship with a 35-year-old graduate student at UNM (identified in the complaint by the pseudonym Jane Doe) after the two briefly met in person in May 2018. When Flor, who is married, tried to end the email exchange after several weeks, Doe began threatening to expose their emails to Flor’s department chair and others at the university.

Plaintiff . . . determined that he had no choice but to disclose to his Department Chair that he was receiving threatening and harassing text messages from a graduate student. Plaintiff also disclosed that he had exchanged flirtatious, explicit e-mails with Jane Doe.

His department chair reported the alleged harassment of Flor to the university, which began an investigation into Jane Doe. However, when confronted with the complaint, Doe alleged that it was actually she who was the victim of harassment. Over the course of their correspondence, Flor and Doe had discussed the possibility that she might work for him as a summer research assistant. He continued to offer her that job after he ceased their romantic communications, but she angrily turned it down. Now, however, she claimed that it was quid pro quo harassment — that he had somehow made the job offer contingent on her submission to the sexual emails.

This was easily refutable, since the entirety of their communications (save their first, brief introduction) took place electronically: The correspondence clearly shows Flor continuing to extend the job offer after discontinuing the email flirtation, and clearly shows Jane Doe turning down the job both because of her dissatisfaction with the hours being offered and because of her unhappiness with Flor’s decision to shift to an exclusively platonic correspondence.

But facts seemed to be of little import to UNM, which — after mysteriously replacing the outside investigator it had initially hired to run the investigation with someone from inside UNM — found Flor responsible not only for quid pro quo harassment but also for retaliation.

As I wrote last month, Doe threatened to expose the sexual correspondence to Flor’s co-workers if he did not respond to her, writing things like “even though I do not know what their faces look like, it’s still fun to picture and imagine what their faces would look like if I were to send them those screenshots.” New Mexico’s extortion statute defines extortion as (emphasis added):

Extortion consists of the communication or transmission of any threat to another by any means whatsoever with intent thereby to wrongfully obtain anything of value or to wrongfully compel the person threatened to do or refrain from doing any act against his will.

Any of the following acts shall be sufficient to constitute a threat under this section:

A. a threat to do an unlawful injury to the person or property of the person threatened or of another;

B. a threat to accuse the person threatened, or another, of any crime;

C. a threat to expose, or impute to the person threatened, or another, any deformity or disgrace;

D. a threat to expose any secret affecting the person threatened, or another; or

E. a threat to kidnap the person threatened or another.

After a sham process in which he was given no hearing and no opportunity to confront his accuser, Flor was suspended for a year without pay. Worse yet, the university is subjecting him to its faculty “outside work” policy, under which he cannot work more than 39 days at any other job while employed by the university. However, during his suspension, he can neither work at the university, nor is he paid.

As Flor’s complaint explains, “The University’s sanction, therefore, requires Plaintiff, who is the sole wage earner for his family, to either not work for an entire year and earn no income, or to quit.” UNM’s Board of Regents had the option to hear an appeal from Flor, but it declined to do so, at which point the finding of responsibility became final. He has one last opportunity to appeal only the severity of his sanction to a faculty peer review committee, but that has been repeatedly delayed. In the meantime, Flor’s unpaid suspension has taken effect. It’s hard to think of any motivation for the university’s conduct here other than pure maliciousness.

All of this, Flor’s lawsuit alleges, has violated his right to due process under both the New Mexico Constitution and the U.S. Constitution.

FIRE agrees, and we will be following this lawsuit closely in the hopes that Nick Flor finally gets the justice he deserves here. We will keep you posted.