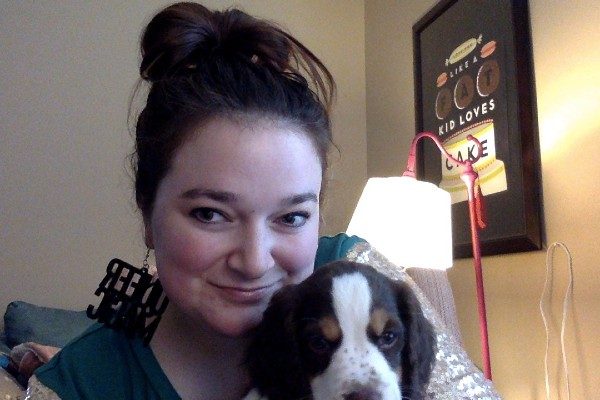 MUSCATINE, Iowa, Sept. 30, 2020 — A community college in Iowa is blaming the coronavirus for cancelling a scheduled virtual play — after an administrator raised concerns about its content. Now, the Foundation for Individual Rights in Education is taking center stage to tell the college that the show must go on.

Muscatine Community College administrators prematurely closed the curtain on the dark comedy “Dog Sees God: Confessions of a Teenage Blockhead,” a modern take on the Peanuts comic strip that re-imagines the characters as high school students. The play includes themes of drug use, sexuality, LGBT+ issues, and suicide.

Theater director and MCC faculty member Alyssa Oltmanns selected the play because it “conveyed the teen experience so realistically, without tap-dancing around any issues,” she told The Gazette.

“In hiding this play, we are telling all of our students who see themselves reflected in this play to hide themselves,” Oltmanns told FIRE. “That is not something that I will stand idly by and allow.”

On Sept. 4, MCC Dean of Instruction Jeremy Pickard emailed Oltmanns, directing her to “select another play and have it approved,” improperly repurposing an accommodation Oltmanns received under the Americans with Disabilities Act that allowed her to teach virtually during the pandemic because of a pre-existing medical condition. That accommodation allowed Pickard to grant final approval as to whether the play would be performed in-person or virtually, but, despite his claims, did not give him the authority to determine the play’s content.

When asked by Oltmanns to outline his concerns about the play, Pickard refused to elaborate, insisting that he would only speak about it in person. To find common ground, Oltmanns contacted the playwright, Bert Royal, who sent her a revised version that omitted some of the more controversial content.

“Educators are charged with doing good; eliminating opportunities such as this play is the exact opposite of doing good,” Oltmanns said. “The arts are a portal to tougher conversations, but that is part of their beauty. Life is not easy, and we perform a grand magic trick in pretending otherwise through the censorship of topics that are not comfortable for everyone.”

Five days after sending the revised version to Pickard and getting no response, Oltmanns learned the play was canceled. The college then cited the pandemic and the institution’s inability to support a virtual production as reasons for the play’s cancellation. (For what it’s worth, MCC, and the Eastern Iowa Community College District it is a part of, managed a virtual graduation and is offering students the option of fully virtual classroom instruction.)

Oltmanns said that she was not required to get approval for any of her four previous plays, including a musical adaption of “Little Miss Sunshine,” which included a song about sex and a scene of a character snorting cocaine. In fact, she said Pickard praised her work.

But last spring, when Oltmanns’ students performed scenes from “Dog Sees God” at a faculty event, Pickard voiced concerns about the script.

“He said he worried that ‘if you do this play, I’ll get phone calls to my office because this isn’t the “Peanuts” they are used to,’” she told The Gazette. When Pickard renewed his objections this year, Oltmanns reminded him that he had told her that he’d “never censor” a play selection.

“Good grief! Even Charlie Brown is not immune to campus censorship,” said Lindsie Rank, author of FIRE’s letter to MCC. “Faculty enjoy a First Amendment right to discuss, view, teach, and perform a wide variety of materials germane to their pedagogy. This includes material, including theatrical scripts, that may shock or offend others — including administrators of their own institutions.”

FIRE wrote to MCC on Friday outlining the college’s obligations under the First Amendment, and calling on administrators to commit to abstaining from censorship in future productions.

Oltmanns is now producing the play as a community production, in partnership with a local LGBT+ community center in Illinois, Clock, Inc. FIRE’s letter also calls on MCC to lend its support to the production.