FIRE > Newsdesk > Top Story > Linfield University president: I did not know there were rules for firing tenured faculty 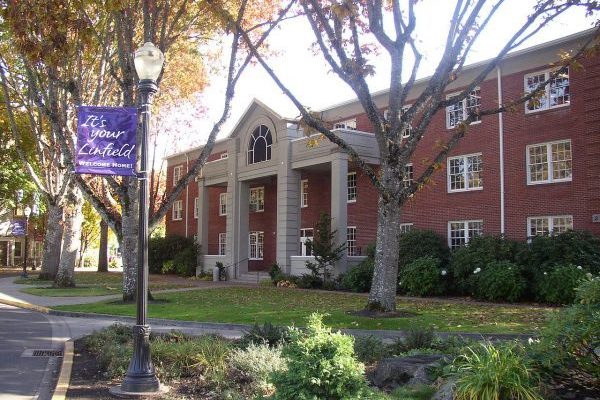 As the fallout continues over Linfield University’s summary termination of a tenured professor — with no process whatsoever — the Chronicle of Higher Education’s new story on the controversy is a must-read. As FIRE detailed yesterday, Linfield University’s senior leadership abruptly terminated Daniel Pollack-Pelzner after he criticized the university’s handling of sexual assault and harassment allegations against board members, and alleged that Linfield president Miles K. Davis had made a remark about “Jewish noses.” Davis has, until now, denied that claim.

The Chronicle conducted interviews with Linfield’s dissembling leadership as they frantically grasp for any credible explanation for why they terminated a tenured faculty member with no process — a severance so quick that the professor learned of his termination because he got an auto-response from his own email address explaining that “Daniel Pollack-Pelzner is no longer an employee of Linfield University.”

The justifications offered by Linfield’s leadership to the Chronicle are incoherent.

When asked whether the faculty-handbook procedures had been followed in Pollack-Pelzner’s firing, Davis said that the handbook had “not been updated” and that there are a “number of things in that handbook that are not valid.” The handbook says “Fall 2020″ on its title page, and the most recent update was in January of this year. The president said he was unaware of the guidelines, hadn’t seen the most recent version of the faculty handbook, didn’t know who had updated it, and didn’t believe it had been approved by the administration.

Davis’s answer is wildly implausible on its face and incomprehensibly at odds with the basic conception of tenure. No competent university leader could credibly believe that tenured faculty are at-will employees.

If this were to be credited, Davis — Linfield’s president for the last three years — either did not know that Linfield had guidelines for terminating tenured faculty members, believes that the university has replaced those policies, or believes that the current policies were implemented without his administration’s approval. The employee handbook — every page of which is stamped “Revised December 2020 (by Finance & Administration)” — expressly refers to the faculty handbook and specifically cites the faculty handbook’s appendix laying out the procedural mechanisms for disciplinary action involving tenured faculty.

Nor is this a policy that somehow escaped the administration’s approval: It has been in Linfield’s faculty handbook since at least 2013.

And as for whether this handbook had been approved by Linfield’s administration? The metadata of the PDF file reveals that it was generated by an executive assistant to Susan Agre-Kippenhan, the senior Linfield administrator who announced Pollack-Pelzner’s termination.

Agre-Kippenhan, Linfield’s Provost and Vice President for Academic Affairs, does Davis no favors in playing second fiddle. According to the Chronicle:

In an interview, Agre-Kippenhan said that Pollack-Pelzner had been fired from the university under his status as an employee, not as a tenured professor, and that the faculty handbook needed to be revised because many of the provisions in it were “not entirely useful.”

So which is it? The handbook needs to be revised or it was never approved? Linfield’s administration does not get to pick and choose between the policies it has and the policies it wishes it had. Tenure and contracts are not Calvinball.

Agre-Kippenhan’s theory — that Linfield can do an end-run around faculty members’ due process protections by simply firing them as employees — is almost clever. But its logic more closely resembles spammy Internet advertising than a coherent application of law or policy:  “Tenured Faculty Members Hate This One Weird Trick! Click here!”  This is simply not how tenure works.

Davis, meanwhile, appears astounded at the very notion of due process:

As for whether there should have been a period during which Pollack-Pelzner would have had a chance to respond to the charges against him, Davis replied with an analogy. “If a person walks up and punches a student in the face, you’re telling me I need to go convene a group of people before I take any action against them?”

Affording process before any action? No. Obviously, a university need not convene a unanimous jury before stopping ongoing physical violence. But affording a faculty member some kind of process before imposing any disciplinary action Davis wants? Emphatically yes. That is exactly what FIRE is telling Davis and the institution he currently leads. Tenure is not at-will employment and the university promises procedural protections to its faculty. This shouldn’t be hard to understand.

No competent university leader could credibly believe that tenured faculty are at-will employees.

(Linfield students, on the other hand, are subject to the noblesse oblige and whims of Davis: The student handbook has a get-out-of-policy-free card for Davis, granting him the “prerogative” of total “authority to act without consultation with any other person or conduct board” to suspend or expel any student that Davis “feels” is acting contrary and “dangerous” to the university. But no such corollary exists for faculty — and students should not be subject to such a bizarre policy. If this is what Linfield wants its faculty standards to look like, one would not need to look far to see how it will be abused.)

But, for Davis, the minutiae of process are important for others:

So what did Pollack-Pelzner do to merit his dismissal? The president said that it had nothing to do with his fitness as a teacher or a researcher (though that’s the standard, according to the faculty handbook). Instead, he said, it was the result of Pollack-Pelzner’s having made a “number of statements that were blatantly false.” The example he cited is the professor’s stating, in a recent email to Linfield faculty members, that Jubb, the former trustee, faced eight felony counts. In fact, there is one felony charge against Jubb, along with seven counts of third-degree sexual abuse, which is a misdemeanor in Oregon. So eight criminal charges total, not all of them felonies.

This is purportedly an example — as Linfield said in response to media inquiries — of the “conduct that is harmful to the university” that necessitated Pollack-Pelzner’s immediate termination, but it’s not clear what the university’s interest is at all. It’s hard to see the university’s interest in protecting the reputation of a former trustee, much less one who resigned (for “health reasons,” the university said) after allegedly sexually assaulting a student. As for whether he faces eight felony charges or one felony charge and seven misdemeanors, the remark is substantially true: He does, in fact, face eight criminal charges.

A campus investigation last August into the nose comment, along with other matters, called it a “he said, he said situation” and stated that Davis had denied saying it. But in an interview with The Chronicle, Davis confirmed that he had indeed made the comment about Jewish and Arab noses, which he said had been informed by the time he’d spent in the Middle East. He also insisted that the remark was part of an academic discussion and wasn’t meant to be offensive. Davis said he didn’t remember Pollack-Pelzner’s mentioning he was Jewish.

That concession is damning for Davis and Linfield’s claim that Pollack-Pelzner’s allegation is defamatory. Pollack-Pelzner’s interpretation of what Davis meant is a matter of opinion, not fact, and remains protected speech.

If Davis believes that Linfield can prove that Pollack-Pelzner violated university policy, he should submit that question to an unbiased faculty committee, as due process requires. Until then, it may be unwise — in defending against accusations that the university mishandled allegations of sexual misconduct — to summarily terminate a tenured faculty member because he got the number of felony sexual assault counts wrong.

Until then, the self-inflicted damage to Linfield’s reputation will continue to flow. A petition protesting the firing has now been signed by hundreds of other faculty members across the country and around the world. The American Association of University professors has joined the effort, assailing the “reckless and dangerous” termination as a “clear violation of the core principles of academic freedom and tenure.”