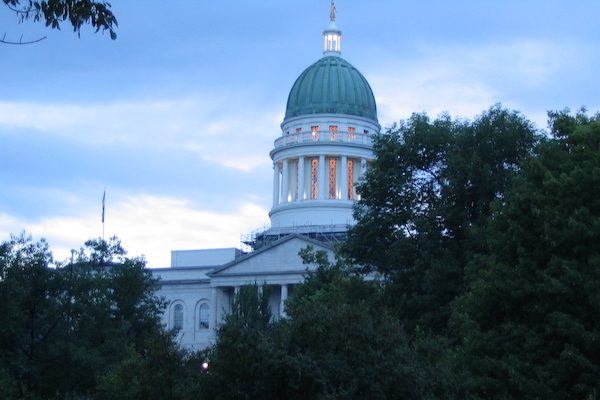 Legislators in Maine have introduced a bill, LD 1727, that jeopardizes fair disciplinary procedures for students accused of sexual misconduct at the state’s public colleges and universities. Though Maine’s House of Representatives and Senate have sent the bill to committee, this legislation should only proceed with significant revision.

Campus adjudications are extremely consequential for accused students. Students may be expelled, so it is critical that their educational opportunities be put at stake only after they have had an opportunity for an adequate defense and when their guilt has been fairly demonstrated. LD 1727 undermines the process necessary to do so.

Under the current bill, important constitutional protections for students will be dangerously eroded. For example, colleges and universities will only have to disclose evidence “used in the determination of a sanction or penalty,” meaning they can conceal evidence of innocence that undercuts that determination.

Legislators concerned about fundamental fairness should not advance legislation that forces students to waive significant constitutional protections in a manner that could impact them for the rest of their lives.

The bill also allows institutions to limit the advocacy of a student’s advisor in the proceedings, including a student’s own lawyer. Key guardrails, such as guaranteeing that an advisor may at least speak at a meeting or hearing, are nowhere within the bill. That lack of active representation of counsel is especially detrimental because statements made in a campus proceeding may also be admissible in a future criminal trial. Colleges and universities often do not guarantee students a right to remain silent similar to the Fifth Amendment, which only applies in the criminal law setting. Where students may not have an attorney actively participate, by speaking on the record in the campus process, they may mistakenly and permanently waive this crucial constitutional right.

Since many campus cases involve behavior that is also criminal, like sexual assault, students defending themselves on campus might unwittingly speak on the record concerning allegations that Maine’s criminal justice system could punish with decades in prison. Legislators concerned about fundamental fairness should not advance legislation that forces students to waive significant constitutional protections in a manner that could impact them for the rest of their lives.

LD 1727 has additional provisions that undermine fair process. The bill requires that a college or university develop its policies “in coordination with the institution’s Title IX coordinator and a local rape crisis center or domestic violence support center.” Though these roles and organizations valuably serve the interests of complainants, the bill does not balance their input by requiring coordination with those likely to represent the interests of a respondent, like a public defender’s office or civil liberties organization. This provision invites bias into disciplinary procedures at their formation.

Additionally, the bill requires disciplinary proceedings to “promote [. . .] a trauma-informed response.” Training first responders in how trauma may impact complainants so that contact is made in a manner that elicits vital information without discouraging complainants from coming forward is a praiseworthy effort. However, the term “trauma-informed” can at times mean treating factual inconsistencies in a complainant’s account as the result of trauma that indicates the alleged event took place. For example, law professor Janet Halley analyzed the bias inherent in Harvard Law School’s 2014 training materials on the effect of trauma, explaining:

It is 100% aimed to convince [staff handling sexual misconduct claims] to believe complainants, precisely when they seem unreliable and incoherent. Without disputing the importance of the insights included in this section of the training, one can ask: precisely what do they prove? Surely not a claim that, because a complainant appears incoherent and unreliable, she has been assaulted. [Emphasis original.]

Though training first responders in the potential impacts of trauma may be appropriate, the kind of trauma-informed responses that Halley describes bias the assessment of testimony against the accused. This legislation should clarify that such training is inappropriate for those involved in the grievance process.

Allowing biases in adjudication or gutting procedural protections, whether by assessing testimony in a manner prejudicial against the accused or by limiting counsel and access to evidence, do not just harm respondents but complainants as well. As FIRE has observed, unfair procedures “damage the credibility of campus proceedings and diminish public confidence in their results.” More directly to a complainant’s immediate interest, procedural fairness ensures the outcome of a proceeding will not be overturned by either the institution or a court and force the complainant to go through the process repeatedly. Due process serves the interests of the respondent, the public, and the complainant.

In the U.S. Department of Education’s current Title IX regulations, Maine has a model for protecting the interests of everyone with a stake in the campus disciplinary process. FIRE has praised the regulations for establishing critical protections for respondents, such as access to exculpatory evidence and active assistance of counsel, as well as for complainants, such as immediate access to support services and nondiscrimination based on sexual orientation. The regulations are governing law that LD 1727 contravenes. For purposes of fairness and legality, the Maine legislature should bring this bill into compliance.

FIRE stands ready to assist in revising LD 1727 so that it protects the interests of all parties in the campus disciplinary process. As it stands, LD 1727 violates critical due process rights and should not move forward without substantial amendment.