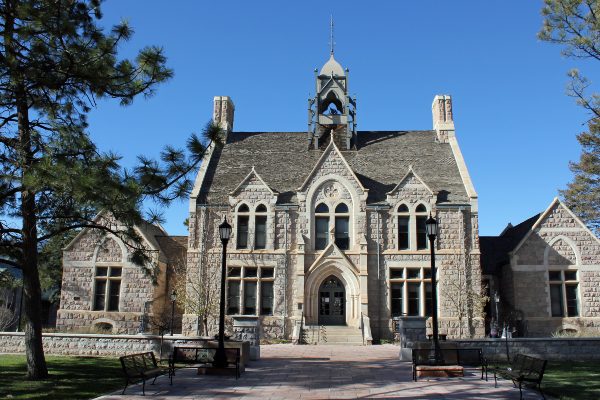 My sophomore year of college, I signed up to take a course on legal philosophy taught by my major advisor. At first glance, the course syllabus was standard if not somewhat dry — Ronald Dworkin, H. L. A. Hart, and John Finnis made up the majority of required readings. But one author, and his work, stood out: a book called “Consent to Sexual Relations” by Alan Wertheimer. The discussions that resulted from this reading opened my eyes to the challenging, but fulfilling conversations about difficult subjects we can experience in college — as well as the barriers we can encounter in those conversations.

It can be uncomfortable to discuss sex and sexual assault in depth during an undergrad course, and my professor seemed to know that. The syllabus included a warning about the content of the piece:

The material, and our discussions, will sometimes be emotionally and intellectually challenging, and may sometimes be upsetting.  I have flagged with an asterisk (*) especially graphic or intense content, and will do my best to make our classroom a space where we can engage openly, empathetically, and thoughtfully with challenging and upsetting material.

But, instead of being ready to engage openly with the material, when it actually came time to discuss the book, I had my guard up. I was prepared for an incredibly tense three-hour long exercise in walking on eggshells. What happened instead was the most difficult, thought-provoking, and empathetic discussion about sex and sexual assault on campus that I’ve experienced throughout all of college.

In the days immediately following that conversation, I started reflecting on my academic experiences. That is what I imagined college was like — why did so many prior experiences fail to live up to it? I think there is something special about this scenario, in large part because conversations about sexual assault at Colorado College are heavily restricted by mandatory reporter rules.

These topics, sex, sexual assault, and consent, are incredibly difficult to talk about, especially in groups of that include unfamiliar people. While they can be appropriately discussed in an academic setting, it is nearly impossible — especially in college, where your classmates are your roommates, coworkers, and friends — to express an opinion uninformed by personal experience. As such, conversations that explore consent are likely to be received differently by those with different experiences, and for some, can be extremely difficult to engage in. An effective college experience would encourage, not dissuade, exploration of discomfort through meaningful conversation.

Though some might point to “trigger warnings” like the one issued at the beginning of the course as a problem, it’s not this warning that inhibits speech. Instead, I argue, students have been trained to exercise caution through a strict mandatory reporter policy, which stifles speech, encouraging students to avoid, rather than confront, tough conversations.

Colorado College’s Title IX policy designates virtually all of its employees as mandated reporters. That means almost every college employee must report “any specific information they receive regarding a possible violation of the gender-based discrimination, sexual harassment, and sexual violence policy.” The only exempt employees are designated “Confidential Resources,” of which CC’s website lists only six. Thus, there are only two classes of resources available: those obligated to keep your information confidential, and those obligated to report it.

The policy is far too broad. It is possible to respond effectively to sexual assault while still promoting the free exchange of ideas on campus, but this policy does not recognize that balance. Notwithstanding the reality that these policies may not actually help to catch information about assault, but encourage survivors to keep it private, there are serious speech-related penalties attributable to strict mandated reporter rules. Specifically, these rules suggest that students are not free to explore difficult discussions — a vital aspect of higher education — without fear that the school might take action.

Students may reasonably fear that by sharing their experiences in an academic discussion, they might unwittingly be subject to a painful and alienating Title IX process. When faculty are asked to choose between challenging course topics or avoiding having to report their own students, they are incentivized to stray from tough conversations in class. This is not to say that mandatory reporters should be done away with entirely. Instead, the policy should require some, but not all, administrators and faculty to report, which would allow for greater academic discussion. Without an environment that promotes this dialogue between students, the college risks turning away from free academic exchange.

We cannot adequately address sexual assault on campus if we pretend it doesn’t exist. Confronting head-on the problem of assault on campus requires self-reflection, difficult conversations, and a space to challenge each other. Each of these is impossible without an open academic environment. Whether schools like it or not, mandatory reporter rules chill conversations of sexual assault, encouraging students to only speak when they are sure they will not face consequences. No student should be forced to relive a traumatic experience in class, but schools should promote an environment where students can learn from each others’ experiences.

Ian Roberson is a rising senior at Colorado College and a FIRE summer intern.