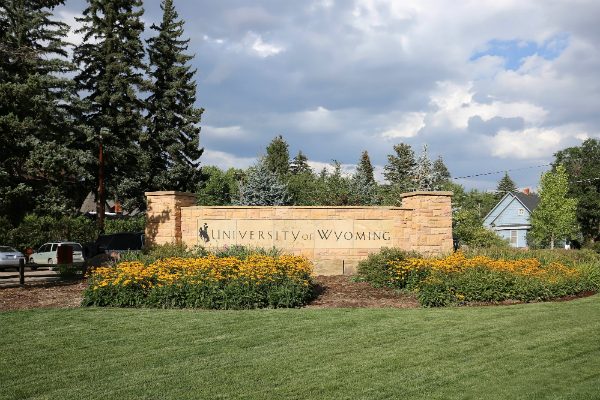 A Wyoming district court handed state media outlets a substantial victory in a lawsuit seeking records related to the sudden dismissal of former University of Wyoming president Laurie Nichols by the university’s board of trustees. While the university will likely appeal last week’s district court decision, Judge Tori Kricken’s ruling is a ringing endorsement of the need for transparency and the public’s right to know how its institutions are managed.

The Casper Star-Tribune, one of the plaintiffs in the case, recapped the decision shortly after it was handed down late last week:

In a 55-page ruling filed Friday, Albany County District Court Judge Tori Kricken wrote that the vast majority of the records sought by the Casper Star-Tribune, WyoFile and others will be released, albeit with some redactions to protect sensitive personal information. The judge ordered 18 documents be withheld in full because they met an attorney-client privilege exception.

“There is a well-known expression applied to those in public office, ‘If you can’t stand the heat, you’d better stay out of the kitchen,’” Kricken wrote, quoting another court case.

A number of things are notable about this case, the first being the shroud of secrecy that has surrounded UW’s conduct in the matter. The trustees allegedly undertook an investigation into Nichols’ presidency in early 2019, without Nichols’ knowledge or input, before suddenly announcing in March that they would not renew her contract. This came as a surprise to Nichols and the entire UW community ― to everyone, basically, except the trustees, who released virtually no information regarding their decision-making process. UW’s refusal to release records responsive to public records requests ultimately prompted the news organizations’ lawsuit against the university, filed in June 2019.

“There is a well-known expression applied to those in public office, ‘If you can’t stand the heat, you’d better stay out of the kitchen,’” Kricken wrote, quoting another court case.

Also notable is how this case pitted Nichols against UW, and both Nichols and UW against the news organizations trying to gain access to the records related to her termination. As noted previously, Nichols, who was recently announced as the next president of Black Hills State University in South Dakota, was kept in the dark about the UW trustees’ investigation. Further, the trustees didn’t provide their records to Nichols after announcing her non-renewal, and she had no more seen the documents relating to her dismissal than the media outlets had when they sued for access. Despite her criticisms of UW’s process, Nichols largely sided with UW when she intervened in the lawsuit in October 2019, arguing that the release of the sought-after records would constitute an invasion of her personal privacy. UW, meanwhile, argued that all of the records sought were considered personnel files, and were thus exempt from disclosure for that reason.

Judge Kricken largely rejected both Nichols’ and UW’s arguments, and ordered the overwhelming majority of the sought-after documents to be disclosed. Kricken rejected UW’s personnel records exemption claim as far too broadly applied in this case, hopefully sending a clear signal to public institutions that try to do similarly. As the Star-Tribune noted:

Transparency advocates have worried about overuse of the personnel exemption to deny public records requests, overuse that improperly catalogs decisions as belonging in a private personnel file. [Attorney Bruce Moats, who represented the news organizations] said he hopes Kricken’s ruling will push back on such a trend.

“I would hope that not only the university but other governmental entities would take this decision to heart,” he said. “I have seen more willingness to withhold information than maybe there has been in past years, recently.”

Kricken also knocked UW for having its general counsel copied on nearly all its internal communications so that it could claim attorney-client privilege, noting that “the fact General Counsel is a party to, or even the author or recipient of, a communication does not automatically make the communication privileged when it does not seek or offer legal advice.”

As to Nichols’ privacy claims, Kricken rejected them for what boils down to a simple, forceful reason: As UW president, Nichols was a public official and such persons should expect an extra degree of scrutiny accompanying their roles. The same goes, Kricken wrote, for the UW trustees.

“[P]ublic employees and public figures, including Dr. Nichols and the Board, have a diminished privacy interest by nature of their positions and the public has a legitimate concern and great interest in the actions of the University Board and the University President.”

It may still be quite some time before the materials sought in the case make their way to the public. Kricken, the Star-Tribune noted, is allowing the records to continue being withheld to give Nichols and UW time to appeal the ruling, as seems likely. That may add months to the overall process. But Bruce Moats, attorney for the media outlets, remains confident on the basis of the decisive ruling here.

“I can say that we’ve got a good decision below that will help us with the appeal,” he told the Star-Tribune. “A thorough decision below. It does make a difference.”