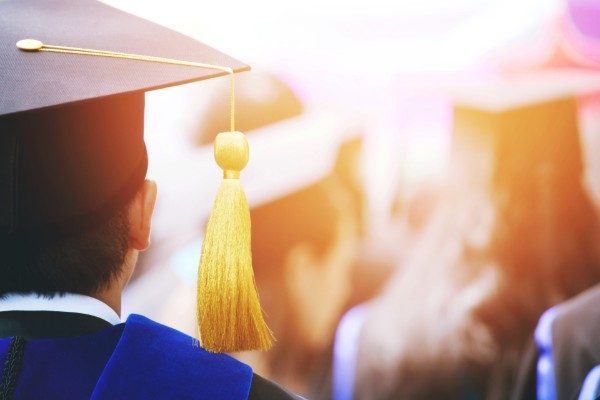 Last week at the University of Missouri, Kansas City’s law school commencement, Attorney General Eric Schmitt gave a timely speech to a crowded theatre of graduating students. What started off as a history lesson of sorts quickly helped provide a framework for the First Amendment’s place in the United States.

Early in his speech, Schmitt helpfully contextualized that Americans were made painfully aware of the dangers of prohibited speech early in our nation’s history. Specifically, “more than 1,200 times before 1700, the British prosecuted and punished Americans for what they called ‘seditious speech,’” Schmitt said. These were among the “long train of abuses” described by the colonists that helped fuel the American Revolution, ultimately leading the Founders to proclaim in the Declaration of Independence that “all men are created equal, that they are endowed by their Creator with certain unalienable rights, that among these are life, liberty and the pursuit of happiness.”

Drawing on the historical connection between the Declaration and the Constitution, Schmitt linked our “ability to pursue happiness to our ability to fight for what we believe in.” A pillar of our society’s success is, from the Attorney General’s perspective, a direct result of our constitutional safeguard of expressive rights—the very vehicle that makes space for persuasion and for people to hold their own beliefs. He noted that James Madison never advocated for the establishment of the First Amendment to give people rights, but explicitly to reinforce that the government would never infringe “upon rights the people already had.” This represented the Founders’ doubling down on the “first freedoms” of religion, speech, press, assembly, and petition as foundational for human expression.

Nowhere is the significance of the First Amendment seen more clearly than in the stark contrast to other nations. Schmitt detailed how China, Russia, Venezuela, and Iran routinely harm the dignity of their citizens and their ability to flourish by suppressing a large part of what it means to be human: namely, to have the ability to engage in meaningful expression.

Juxtaposing that snapshot of state censorship and oppression with the American ideal of solving disputes through courts or our politics, the First Amendment looks pretty nice. But Schmitt pointed out what we see at FIRE everyday — that the First Amendment faces unique threats of its own and few places is that more pronounced than on today’s college campuses.

Graduates were reminded that “historic movements, major policy changes, and shifts in attitudes have all been spurred by important discussions held and argued on college campuses.” This fact pattern has continued to reaffirm the view the Supreme Court powerfully articulated in Healy v. James, that “the vigilant protection of constitutional freedoms is nowhere more vital than in the community of American schools.”

Schmitt catalogued a variety of ways in which censorship is occuring in the modern day United States. For example, he lamented the data showing that staggering numbers of young people believe the First Amendment “goes too far,” or that “if the speech is offensive enough violence is justified.” He also observed the push for so-called “hate speech” restrictions, even though most of the speech that would be governed under such policy — though deeply offensive at times — is constitutionally protected. On campus, he pointed out that this hostility to the value of free speech often manifests itself in speaker disinvitations, shoutdowns, and sometimes even riots.

Most graduates don’t remember much about their commencement speaker. This is probably because most commencement addresses offer little more than general professional advice, an inspirational story, or a call to adulthood. These UMKC law graduates instead were served well with lasting insight on the relationship between the First Amendment and our ability to lead free lives. FIRE applauds Attorney General Schmitt for this excellent overview on the importance of the First Amendment and for his challenge to preserve the beating heart of the Constitution on our college campuses.