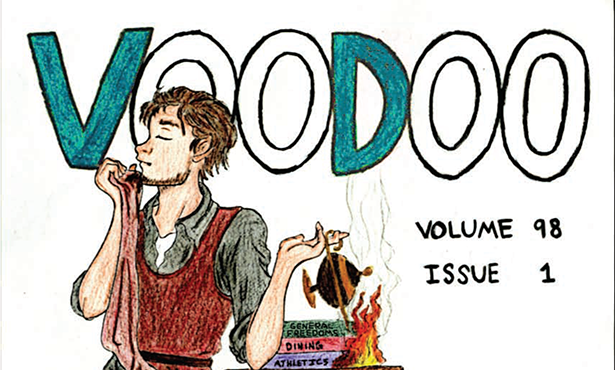 Massachusetts Institute of Technology (MIT) student newspaper The Tech reported last Friday that funding to another MIT student publication, Voo Doo Magazine, has been restored after a Title IX complaint against the magazine resulted in MIT’s Undergraduate Association (UA) cutting its funding. But even with Voo Doo back on its feet, UA’s response to the magazine’s content suggests MIT students might be developing worrisome attitudes about speech and censorship.

The Tech relays the circumstances surrounding the funding decisions:

In December 2012, Student Activities Office (SAO) director Leah Flynn received an unofficial complaint from the original author of a comic that was recaptioned in Voodoo. Flynn forwarded it to the MIT Association of Student Activities (ASA), who brought the complaint to [UA’s Financial Board] for consideration in the next allocation cycle.

The Board denied Voo Doo funding on September 25, but the magazine appealed that decision and ultimately regained funding last week.

Still, it is worth noting that the Board effectively attempted to shut Voo Doo down simply because of an unofficial complaint about the text of one comic strip. While The Tech doesn’t specify which comic strip inspired the complaint, it would be nearly impossible to argue that any of the illustrations and their accompanying captions in the Fall 2012 (PDF) issue of the magazine amounts to discrimination under Title IX—i.e., conduct that targets a member of a protected class and that is “so severe, pervasive, and objectively offensive, and that so undermines and detracts from the victims’ educational experience, that the victim-students are effectively denied equal access to an institution’s resources and opportunities.”

According to The Tech, Voo Doo staff members, after discussing the matter with the Board, “seemed amenable to meeting with MIT’s General Counsel, [Student Activities Office], Finboard and Title IX coordinators to ensure their future leadership did not ‘cross the lines into harassment in their humor.’” Voo Doo staff members may meet with administrators if they wish, but they should not be coerced into self-censorship. It is certainly possible for harassment to consist of speech meant to be humorous, when that speech meets the criteria set forth in Davis v. Monroe County Board of Education (1999), quoted above. However, that wasn’t the case here.

It is disappointing to see UA’s swift and significant overreaction to expression that falls far short of the kind of speech that implicates Title IX. Ultimately, it can only discourage MIT students from engaging in open and frank discussions on various topics—precisely the kind of dialogue that universities are meant to foster. Thankfully, UA appears to have realized the error of its ways, and Voo Doo Magazine can resume publishing.