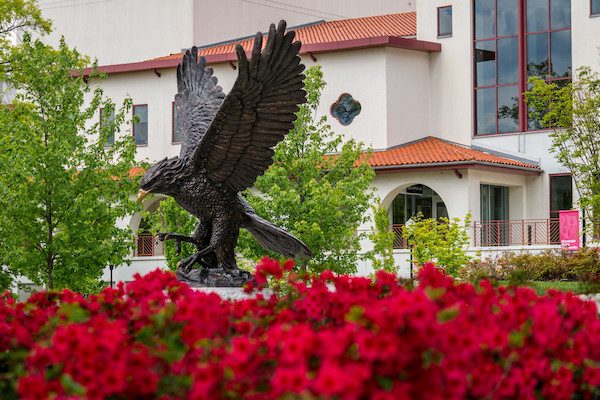 Montclair State University and Alliance Defending Freedom recently signed a settlement agreement ending a legal dispute instigated by the university’s disruption of a gun rights protest. On Aug. 4, ADF announced the parties had reached an agreement, in which MSU agreed to revise two university policies concerning students’ expressive rights and to disband its anti-bias task force.

The lawsuit arose following a September 2019 demonstration in which two MSU student members of the group Young Americans for Liberty were forced to cease expressive activity during a gun rights demonstration.

A campus police officer told the students — who were expressing their belief that gun-free zones only benefit criminals by dressing up in orange jumpsuits and satirically voicing support for anti-gun laws — to stop their demonstration. According to the officer, under the MSU Demonstrations and Assembly Policy, demonstrations needed to be approved two weeks in advance and assigned a particular time and place to occur. The policy allowed for a limited category of spontaneous demonstrations where advanced planning was not possible, but these demonstrations were restricted to two outdoor areas on campus. These policies bore a striking resemblance to unconstitutional free speech zone policies.

MSU agreed to several terms, including abandoning its permitting policy and anti-bias task force, as well as revising its student organization guidelines in constitutionally permissible terms.

Following MSU’s interference with the students’ demonstration, ADF and YAL identified other concerning university policies that threaten student speech beyond the demonstration policy. One of these was viewpoint-based guidelines governing student organization funding and recognition. Under the university guidelines, student groups were placed within a “class system” based on their viewpoint and seniority, with organizations deemed “high class” receiving greater funding than those deemed “low class” — such as YAL. Additionally, the university maintained an anti-bias task force called the Bias Education Response Taskforce, implemented to punish and police bias incidents, defined as “conduct, speech or expression that is motivated by bias or prejudice.” The subjectivity of the definition makes it difficult to determine what speech is prohibited and what is not. The definition easily includes protected speech, such as the kind of discussions on core political speech that YAL engages in.

Following the disruption of the demonstration, ADF filed suit against MSU in the U.S. District Court for the District of New Jersey in January 2020. Filed on behalf of the university’s YAL chapter and YAL chapter president Mena Botros, the suit challenged the permitting system used against the students, as well as the student organization guidelines and anti-bias task force, arguing that MSU’s policies unconstitutionally restrained student free speech.

In response to the multiple constitutional violations at Montclair State University, ADF filed a federal lawsuit to end the school’s discriminatory and restrictive policies.

Now, we have successfully settled that suit. https://t.co/lpsJasnZaA

The lawsuit came to an end on June 6, 2021, when the parties signed an agreement to settle the dispute. MSU agreed to several terms, including abandoning its permitting policy and anti-bias task force, as well as revising its student organization guidelines in constitutionally permissible terms. MSU also agreed to pay $42,000 of ADF’s legal fees.

ADF agreed to release MSU from any future claims arising from the permitting policy and the anti-bias task force. However, under the terms of the agreement, ADF reserved the right to file suit in the future to challenge the student organization policies in the event MSU fails to enact improved policies.

While MSU did not concede that any of its policies were unlawful or admit to the infringement of the YAL students’ expressive rights, the terms of the agreement represent a victory for expressive rights of MSU students.

FIRE commends ADF and YAL for their victory in the continued fight to preserve students’ expressive rights on campus.