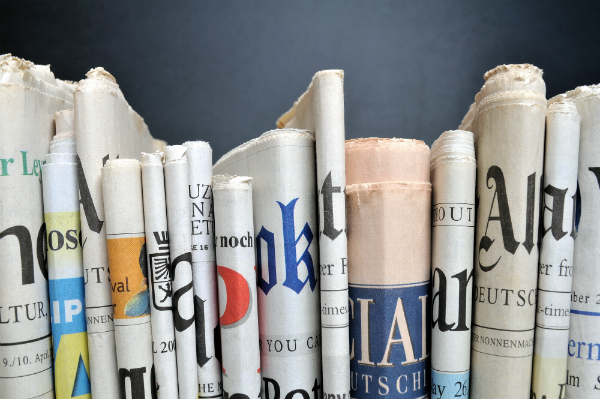 First Amendment News (FAN) is a weekly blog by Ronald K. L. Collins. FAN maintains editorial independence from FIRE as Collins maintains full control over its content. Previously hosted on Concurring Opinions, FAN takes a look at all news related to free expression and represents the views and interests of Mr. Collins.

Collins is the co-director of the History Book Festival. For several years he served as the Harold S. Shefelman Scholar at the University of Washington Law School and prior to that was a scholar at the Washington, D.C. office of the Newseum’s First Amendment Center. He was a law clerk for Justice Hans A. Linde on the Oregon Supreme Court and a Supreme Court Fellow under Chief Justice Warren Burger.

Collins has written constitutional briefs presented to the Supreme Court and various other federal and state high courts. In addition to the books that he co-authored with David Skover, he is the editor of Oliver Wendell Holmes: A Free Speech Reader (Cambridge University Press, 2010) and co-author with Sam Chaltain of We Must Not Be Afraid to Be Free (Oxford University Press, 2011). His last solo book was Nuanced Absolutism: Floyd Abrams and the First Amendment (Carolina Academic Press, 2013). His next solo book is Reason in Ruins: America’s Destiny in Perilous Times (Rowman & Littlefield, 2019).

His next book will be First Things First — A Modern Coursebook on Free Speech Fundamentals (coauthored with Will Creeley, David Hudson, Jr., & Jackie Farmer, 2019).

Collins is the book editor of SCOTUSblog and writes a weekly blog (First Amendment News), which appears on the FIRE website. In 2010, Collins was a fellow in residence at the Norman Mailer Writers Colony in Provincetown, Massachusetts.

Collins and Skover have co-authored numerous scholarly articles in various journals including the Harvard Law Review, Stanford Law Review, Michigan Law Review, and the Supreme Court Review, among other publications. They are also the co-directors (with Lee Levine) of the First Amendment Salons (Wash. D.C, N.Y.C. & New Haven).