The University of California, Los Angeles is once again insisting that it may have a trademark right against a former student’s website criticizing the university. The institution is trotting out this bogus assertion after unsuccessfully trying the same gambit back in 2009. UCLA’s misguided effort is at odds with the university’s “green light” rating from FIRE, which UCLA earned earlier this year after revising its speech codes.

After some hesitance, UCLA backed down.

Flash forward nearly a decade later. In May, Wilde received an email from UCLA’s Office of the Administrative Vice Chancellor, again asserting trademark rights and suggesting that the content was not accurate:

Our office recently received an inquiry about the following websites, which contain information attributed to you. […]

As a friendly reminder, UCLA is a protected mark and may not be included in any URL address unrelated to the university. Additionally, protected images of iconic buildings such as Royce Hall are not available for use without a trademark license. We are emailing you as a courtesy so that you might have the opportunity to remedy these items at your websites. We trust that the quotations from various professors are accurately represented and attributed correctly.

This time, the university’s passive voice was significantly more friendly than its 2009 warning that the website amounted to criminal conduct. Instead of barking its demands, UCLA said its email was a “friendly reminder” — a “courtesy,” even — as if the Office of the Administrative Vice Chancellor regularly took time out of its busy schedule just to kindheartedly educate website owners about specific UCLA trademark policies.

In August, we wrote UCLA again, reminding UCLA that it had previously stepped back from this very ledge, and asking that the university “unambiguously clarify” that UCLA would not enforce its marks against Wilde. In doing so, the school would lift the fog over whether the university believed Wilde’s domain names and website were unlawful.

UCLA declined. In a responsive letter, UCLA characterized its email as “an inquiry, not a cease and desist request,” and complained that Wilde’s website no longer contained a disclaimer explaining that the website wasn’t an official UCLA website. UCLA argued that Wilde’s site “now appears to utilize the UCLA domain colors, images and design,” but that the matter could be resolved if Wilde “does not try to mimic an official UCLA website” or added a “prominent disclaimer.” 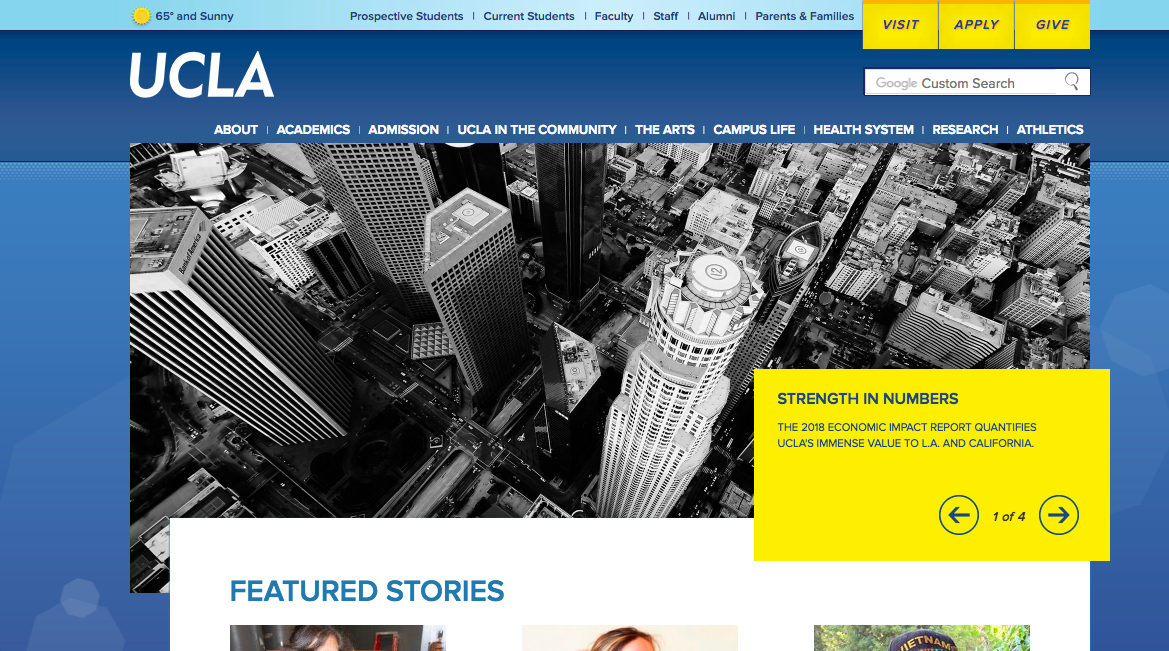 We wanted to find out what “inquiry” UCLA received that spurred it into action to deter this use of its mark. Who was confused enough about this website that they made an inquiry of UCLA? So we issued a California Public Records Act request and got a copy of the “inquiry.” Turns out it was an email, not from a confused and concerned citizen, but from a staff member from UCLA’s External Affairs team:

Grumpy former student has created this FB page and website…was thinking that the Royce Hall image and use of UCLA in the domain name might both be no-nos.

The subject line: “Protecting the brand.”