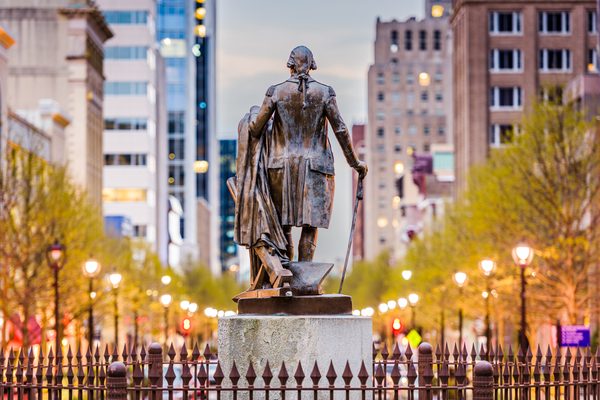 Legislation that is pending in North Carolina would require institutions of higher education to impose mandatory punishments in cases where university property has been damaged as part of disruptive protests and demonstrations.

The bill implicates First Amendment concerns because it only imposes its strong, mandatory punishments to vandalism that occurs during a protest or demonstration.

HB 333 mandates that a university must discipline students who, during a protest or demonstration, violate state criminal laws prohibiting destruction of property and graffiti. HB 333 requires universities to impose severe punishments: suspension, expulsion, or revocation of “State-supported financial assistance” for an academic period.

The bill implicates First Amendment concerns because it only imposes its strong, mandatory punishments to vandalism that occurs during a protest or demonstration. Vandalism without this specific expressive nexus is not required to be treated with the same severity and rigidity. Singling out destruction of property that is part of protests and demonstrations for inflexible punishments may run afoul of the First Amendment. 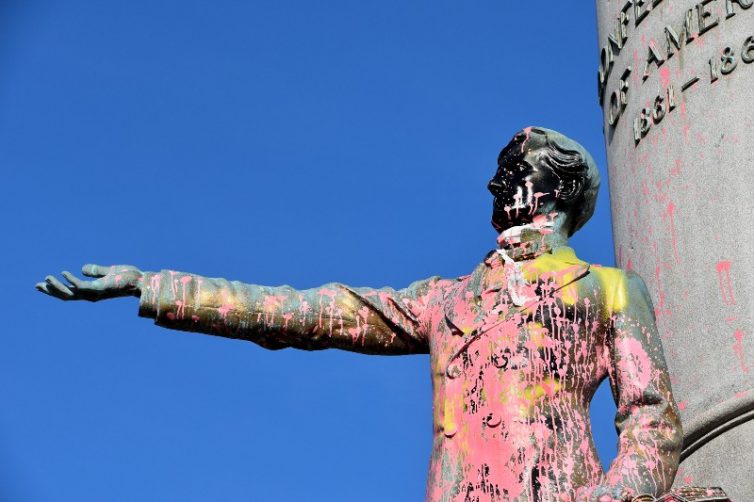 A paint-covered statue of Jefferson Davis in Richmond, VA, on June 10, 2020. It was torn down later that day amid protests sparked by the death of George Floyd in Minneapolis. After Floyd's death, a number of memorials and statues nationwide were vandalized or torn down.(Kim Kelley-Wagner / Shutterstock.com)

In addition to First Amendment concerns, FIRE has argued against similar mandatory punishments elsewhere because “not all disruptions are equal in their severity, and sanctions should be proportional to the offense,” and we have expressed concern with “unduly harsh punishments that don’t always account for the degree of a student’s culpability.” These concerns are equally present with HB 333.

There is a significant difference in the financial and physical harm caused by, for example, tearing down and destroying a university statue as part of a protest versus writing “Black Lives Matter” with a permanent marker in one-inch font on a bathroom wall. Yet, under HB 333, both would receive the same inflexible and harsh punishment. This is unjust.

The harshness of penalties must remain proportional to the act that was committed.

Instead of following the path of inflexible, severe punishments, FIRE has proposed that legislation of this type develop “a range of sanctions for proscribed conduct,” giving institutions the discretion to craft and apply punishments suitable to each case.

Universities are important places for students to learn how to express themselves in a manner that respects the rights of others.

Universities are important places for students to learn how to express themselves in a manner that respects the rights of others. FIRE and First Amendment Watch developed a freshman orientation program to educate students in the First Amendment and free expression for this very reason. A student whose expression crosses the line from protected protest to unprotected, disruptive conduct deserves an individualized assessment to determine if remaining in the university community is appropriate.

Instead of casting all of these students aside, where appropriate, the institution could do what it is best suited for: teaching students how to appropriately exercise their expressive rights. An approach that leads to a respect for free expression that is acted upon benefits the student, the university, and a society that prizes equal liberty.

FIRE stands ready to work with the North Carolina legislature to craft a better approach to addressing destructive conduct. Without important revisions, HB 333 should not advance.