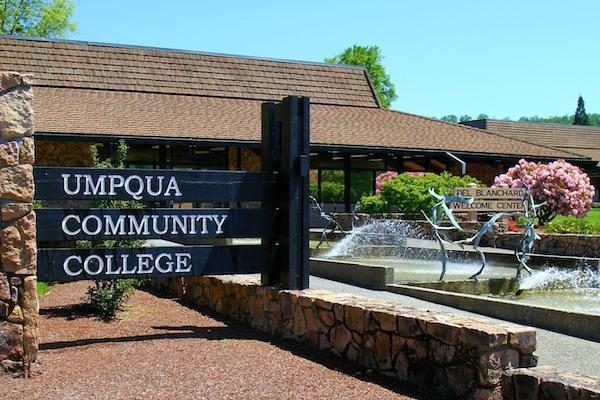 ROSEBURG, Ore., Sept. 9, 2021 — When student Kaylyn Willis submitted a writing assignment about mental health and murder, she didn’t expect it to destroy her chances of completing nursing school.

The Umpqua Community College student was expelled from her nursing program after administrators decided that her story was “dishonest, disrespectful, or disruptive.” The Foundation for Individual Rights in Education called on the public college to reverse its decision and reinstate Willis, but the school refused on Sept. 1.

“UCC punished Willis for submitting a story that met all the criteria,” said FIRE Program Officer Anne Marie Tamburro. “They asked her to use her imagination, then wrote off her response as a joke and kicked her out. It takes imagination to write a story about a sensitive topic, but it takes no imagination to trample someone’s rights.”

In the winter 2021 term, Willis enrolled in Chronic I, a class taught by instructor Patrick Harris. Each week, Harris instructed students to use “critical imagining” to write and post online a story from the perspective of a person suffering from a chronic disease or disorder.

For the sixth week’s assignment, Harris asked his students to reflect on the support systems of chronically ill individuals and how a person with a chronic illness might respond to the sudden and unexpected loss of a support system. Willis submitted an imagined scenario about a woman suffering from ALS who shoots and kills her husband, her primary caretaker. She intended the post to be an exploration of the deterioration of mental health caused by a chronic illness and drew from a publicized case where a man was found not guilty of murdering his wife and sister-in-law because of ALS-related mental health issues. Willis also researched support groups for incarcerated people suffering from ALS.

Willis received a zero on the assignment. When she emailed Harris to discuss the grade, he responded, “Do you honestly think that your post on a nursing school assignment was appropriate? Joking about killing your husband? I’m really questioning your critical thinking if you think this was an appropriate discussion post.”

Harris indicated that he interpreted the post as making light of gun violence, which he viewed as particularly offensive because of a 2015 shooting on UCC’s campus.

Later that evening, Willis received an email summoning her to a meeting with school officials the next day. At the meeting, school officials informed her that she was being removed from the program and alleged that her post violated the nursing student handbook prohibiting “[a]cts which are dishonest, disrespectful, or disruptive.” The Grievance Panel’s written decision stated that Willis’ post was “insensitive” and “failed to take into consideration the events of UCC’s past and the impact her post could have” — sending the chilling message that gun-related speech is dependent on whether an institution has faced a campus shooting.

Willis’ appeal was denied on May 19.  She remains expelled from the program and is unable to seek admission to any other Oregon Consortium Nursing Education programs, effectively ending her career plans.

“I have had the dream of being a nurse since I was nine years old,” said Willis. “I was less than 18 months from realizing my dream, and I’ve had to move all my nursing program stuff to the garage and distance myself from some very amazing people in the program because it is too difficult to watch them move on knowing I will never be where they are. UCC violated my rights and took away my future.”

FIRE wrote a letter on Aug. 16 to UCC arguing that Willis’ reflection post constituted protected speech and calling on the school to reverse the expulsion and clear Willis’ disciplinary record, but UCC — through an outside attorney — refused.

While UCC administrators might have found Willis’ post offensive, it is unconstitutional to discipline her for it, as her writing is protected under the First Amendment.

“Willis may be in trouble for her fiction, but it’s UCC that can’t accept reality,” said Tamburro. “UCC is pretending that Willis’ rights don’t exist. FIRE knows better. We won’t close this chapter until Willis is reinstated and allowed to complete her program.”