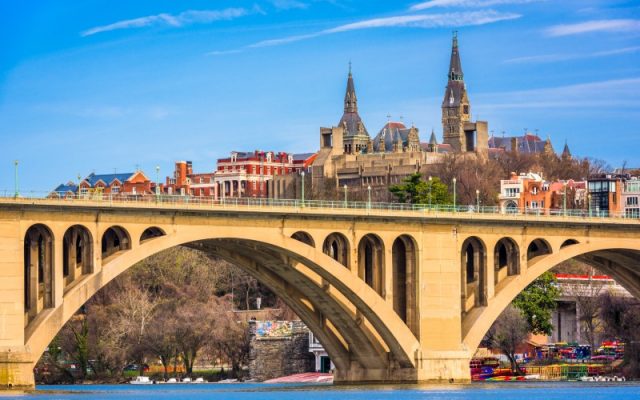 Last week, Georgetown University Law Center adjunct professors Sandra Sellers and David Batson found themselves suddenly out of work after two short clips of an accidentally recorded online conversation from February were shared on social media. In the video, which was posted in two segments, Sellers and Batson discussed Sellers’ concerns about black students’ performance in their negotiations class. (Students had apparently left the online class, and the professors thought they were having a private conversation.)

Here is a transcript, very lightly edited for clarity, of the entirety of the clips:

Sellers: They were a bit jumbled.

Sellers: That’s the best way I could put it. It’s like, ‘Okay, let me reason through that, what you just said,’ kind of thing.

Sellers: Yeah, unfortunately. You know what? I hate to say this. I end up having this, you know, angst, every semester that a lot of my lower ones are blacks. Happens almost every semester.

Sellers: And it’s like, ‘Oh come on.’ You know, you get some really good ones, but there are also usually some that are just plain at the bottom. It drives me crazy.

Sellers: So, I feel bad.

Batson: And what drives me crazy is, you know, the concept of how that plays out. And whether that is, you know, my own perceptions playing in here and with certain people.

Batson: My own, you know, my own unconscious biases playing out in this scheme of things, you know.

Sellers: Yeah. Well that’s why, I mean, I think we’ve done a good job of keeping track of, ‘Did they open their mouths?’ [laughs]

According to Mark Joseph Stern at Slate, the student who posted the recording originally found it on the night of Sunday, March 7, reported it to Georgetown Law administrators on Monday morning, and posted it to Twitter on Wednesday evening around 6pm. At 8:51pm, Georgetown Law Dean Bill Treanor sent out a response titled “Responding to reprehensible statements in our community,” saying he found the remarks “abhorrent,” that he had begun an investigation, that the conversation had “no place in our educational community,” and that there’s “no place for bias in our grading process or anywhere in our community.” On Thursday, Sellers appears to have attempted to resign her position, but she was instead fired. Batson was placed on “administrative leave,” and on Friday, he resigned.

Colleges and universities are among the very few institutions in the world that have the luxury — and the responsibility— to think about the results of the decisions they make not on timescales determined by quarterly profits or social media firestorms, but in terms of decades and centuries.

I should note that when the story broke, FIRE reached out to both professors to ask them to contact us if they wished to consult with FIRE. (Of course, we always investigate the situation for ourselves before defending faculty or student expression, but we routinely reach out to people we believe may have potential cases to let them know that we are here.) As has become more common in the past year or so, especially for those under intense pressure from social media campaigns, we did not hear anything back. Both professors did issue letters of apology — Batson’s is quoted at more length in The Washington Post, Sellers’ in The New York Times.

Whether or not the professors actually did anything warranting punishment is another question. When it comes to the moral rightness or wrongness of having that conversation, expressing those sentiments (as Sellers did) or challenging them (as Batson did not, at least in this recording) people can, and do, disagree. Slate’s Stern, for example, appears to believe that Georgetown Law did not act swiftly enough to take action against the professors, since it was informed of the remarks on Monday morning and only terminated Sellers on Thursday after the video went public.

When it comes to whether Sellers or Batson could or should have been punished by Georgetown Law, though, the answer is clear — under Georgetown’s own rules, the professors had the right to have that conversation, and they should not have been punished. University of California – Los Angeles law professor Eugene Volokh points out that the issue of whether racial performance gaps exist in law school and what might cause them has long been an issue of academic and social interest, and goes on to say:

It is also something that professors should feel free to talk about, and academic freedom principles indeed protect them in talking about it. To quote Georgetown University’s official policy statement (based on the Chicago Principles),

Georgetown University is committed to free and open inquiry, deliberation and debate in all matters, and the untrammeled verbal and nonverbal expression of ideas. It is Georgetown University’s policy to provide all members of the University community, including faculty, students, and staff, the broadest possible latitude to speak, write, listen, challenge, and learn.

The ideas of different members of the University community will often and naturally conflict. It is not the proper role of a University to insulate individuals from ideas and opinions they find unwelcome, disagreeable, or even deeply offensive. Deliberation or debate may not be suppressed because the ideas put forth are thought by some or even by most members of the University community to be offensive, unwise, immoral, or ill conceived.

It is for the individual members of the University community, not for the University as an institution, to judge the value of ideas, and to act on those judgments not by seeking to suppress speech, but by openly and vigorously contesting those arguments and ideas that they oppose…. [C]oncerns about civility and mutual respect can never be used as a justification for closing off the discussion of ideas, no matter how offensive or disagreeable those ideas may be to some members of our community.

Georgetown’s Faculty Handbook does specify that the dean of the law school can make an emergency suspension of a professor in extreme cases: “If an Executive Vice President concludes that an allegation of Faculty Misconduct requires immediate action that cannot wait for normal processes of review because a faculty member’s conduct currently poses a serious risk to safety or to the effective operations of the University, the Executive Vice President may place the faculty member on administrative leave with pay.”

Obviously, “the effective operations of the University” is a vast and ill-defined territory in a very flawed policy. But it is not unlimited in its vagueness. One important caveat is that it must be the faculty member’s conduct itself that risks the effective operations of the University, not the reaction of some people to it. Otherwise, Georgetown could suspend any professor who expressed a controversial view that was protested by anyone. So it must be what Sellers said in itself, and not any reaction to it, that justifies the extreme reaction of administrative leave. In this case, there is obviously no risk to safety posed by these professors. Nor is there any risk that these professors would affect the operations of the University by engaging in racist grading for the class they are currently teaching. That’s because the grading will not happen for many weeks, and Georgetown can monitor grading to ensure fairness and, if needed, assign another faculty member to watch the class and provide grades if the instructors of record are found guilty of misconduct that would question their ability to give fair grades. Because there have been no allegations of misconduct in how the course was taught, there is no justification for suspending these professors on an emergency basis.

Wilson further argues that if there is no justification for suspending the professors in question for their expression, there is even less for Sellers’ summary firing. 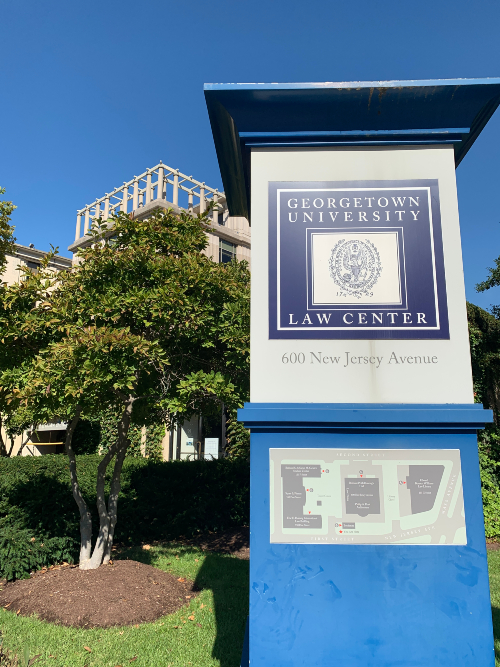 If Georgetown Law believed Sellers and Batson really did engage in grading discrimination, they should have conducted an thorough investigation. (010110010101101 / Shutterstock.com)

To the (minimal) extent that Georgetown Law has explained its actual reasoning for punishing Sellers and Batson, it appears to be on the basis that they might have discriminated against black students in grading. Batson suggests that some kind of unconscious bias might be at play in the perception that black students are overrepresented among students with lower grades in the class, and Sellers seems to agree. But wondering if one’s unconscious biases might play a part in decision-making is not evidence that one has actually engaged in bias, and is in fact a necessary step (as Wilson points out) towards correcting it if it exists.

Neither professor appears to have admitted to actually engaging in biased grading, and there is simply no way that Georgetown Law could have conducted any credible investigation into grading bias even given the most generous possible timeline. In the unlikely event that the professors did secretly admit to discriminating against black students in grading, that should have been part of Georgetown’s announcement so that students would know the truth of what happened. Any way you look at it, Dean Bill Treanor’s decision was indefensible.

Colleges and universities are among the very few institutions in the world that have the luxury — and the responsibility— to think about the results of the decisions they make not on timescales determined by quarterly profits or social media firestorms, but in terms of decades and centuries. Georgetown University is 232 years old; in all likelihood, it will still be around 232 years from now. University decision-makers are insulated from much of the pressure that accompanies other jobs precisely so they can make principled decisions that will bear examination in the decades and centuries to come.

If Dean Treanor believed that Sellers and Batson really did engage in grading discrimination, Georgetown University Law Center could have followed its own rules, conducted an investigation with the help of the many legal experts who are conveniently available to the dean of any big-time law school, and come to a credible and just conclusion. Instead, defenestrating these two professors as fast as possible for transparently political reasons became a matter so important that Treanor could not even let Sellers finish resigning, instead firing her before she could hand in her letter.

Georgetown University Law Center has many excellent faculty members and students; I know a few of them myself. But the obvious conclusion from this sorry episode is that if you’re looking for an institution that will defend your right to free speech or academic freedom, or even follow its own rules, you’d better look somewhere else.