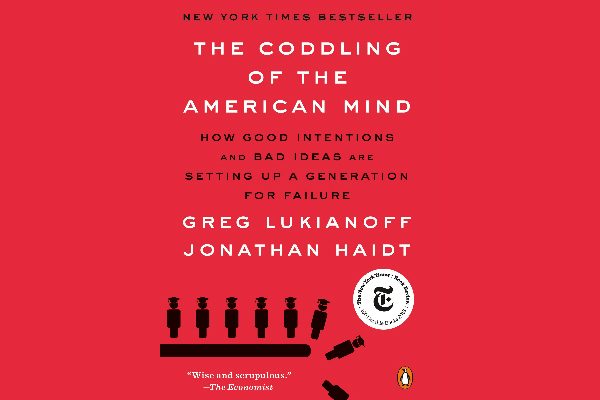 “The Coddling of the American Mind: How Good Intentions and Bad Ideas Are Setting Up a Generation for Failure,” The New York Times best selling book written by FIRE President and CEO Greg Lukianoff and New York University professor Jonathan Haidt, is coming to paperback on Aug. 20!

You can preorder a paperback version of “The Coddling of the American Mind” today.

And why wouldn’t you? Since its release last year, “The Coddling of the American Mind” was named one of The New York Times’ 100 Notable Books of 2018 and received the Hugh M. Hefner Foundation’s 2019 First Amendment Award. The Financial Times, Inc. magazine, The London Evening Standard, and The New Statesman all chose “The Coddling of the American Mind” as one of their best books of the year, and it was named the most read book on Bloomberg’s Best Books of 2018 list.

When you preorder, a portion of the proceeds from the book’s sale will support FIRE’s work defending civil liberties on America’s college campuses. And don’t forget to use Amazon Smile  — at no additional cost to you — to automatically have a portion of your purchases benefit FIRE and to the important work we do.